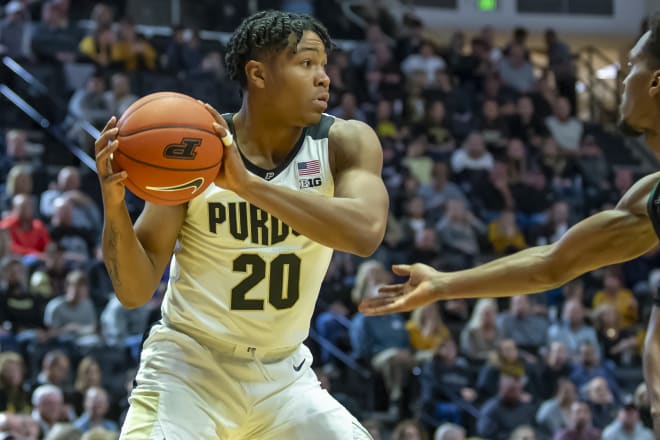 Good or bad news? Some weren’t going to like a non factor shooting the basketball but we needed a great defender.

Anyone with more info on UM admissions/transfer process able to explain this some? A guy from Purdue can’t get all his credits transferred? Why is this such an issue at UM and not at other places?

As we head to a world where transfers will become nearly as important as recruiting, this is a bit disconcerting for both football and basketball

Welp. Bummer he won’t suit up for Michigan. Wishing him the best wherever he goes

What is his major? That’s really odd that Michigan wouldn’t accept credits from another Big Ten school.

Major is Selling and Sales Management according to his roster page

Knew I was forgetting a big name that hit the transfer market recently who would be a great fit for our roster. That’s the one. Seems like it might be too late, but we got in late on Chaundee Brown too. Fingers crossed.

If Brown is ineligible things get dicey again. Michigan probably either needs to go get Efton Reid, another high level frontcourt piece or another PG/shot creator.

Still plenty of time to get someone else…

Wonder if anyone can find out who the top available transfers are on the market currently besides Nembhard. Top reclass options as well.

This was my question as well. I hope the Eastern daliance didn’t cost us a shot at someone who would be a better fit and/or have a better chance of being eligible this year.

I think it’s reasonable here to question whether the fault is with the University or the kid though. Nothing against Nojel but there was always the omnipresent specter over his recruitment that simultaneously his waiver case was weak, the question of whether or not he could grad transfer was sketchy at best, and the energy around the situation suggested he didn’t seem desirous of sitting out a year.

That sounds like something that would be handled under Ross Business here at umich, but at Purdue it’s listed as a part of the College of Health and Human Science (in the division of Consumer Science). I can imagine Ross being restrictive in accepting transfer credits from a non-business program, and there not being many LSA equivalents that could be accepted in that sort of degree since (to my knowledge) there’s nothing really parallel to that in the LSA program.

Nembhard would likely have a great claim for a waiver as well considering he’s from the Toronto area. That’s a bit closer to home than Florida or any of the other teams on his top 6.

This has to be one of the strangest recruiting years in recent memory. Todd, Christopher, and now this lol

Even Chaundee was kind of weird. Released a top list without Michigan on it and then Michigan swoops in last minute and lands him. Terrance Williams commits to Georgetown, but doesn’t sign in November leaving the door open to decommit and come to Michigan. All around some wild recruitments.

At least we won’t have to hear the anger from Michigan fans all year from his shooting.

Great calls on those. And the whole saga with Jace being a walk-on or not. Recruiting is stranger than fiction man