FWIW, Chad Ford’s mock draft after the lottery has no DJ in round 1, and Moe at 30 to the Jazz:

"Wagner’s performance at the combine was a mixed bag. He hit some shots and showed off his versatility, but it was clear he wasn’t in great shape, and it looked like he ran out of gas Friday. He’s very skilled and is an appealing modern big, but the team that drafts him will have to be patient.

He’ll probably return to Michigan for his junior season, but if he decides to stay in the draft, he’d be a great get for the Jazz. And given his German passport, he can be a draft-and-stash prospect if they want him to be."

I just don’t see Moe Wagner having any interest in the draft and stash route, curious that Ford keeps bringing it up.

Moe Wagner working out for the Bucks today 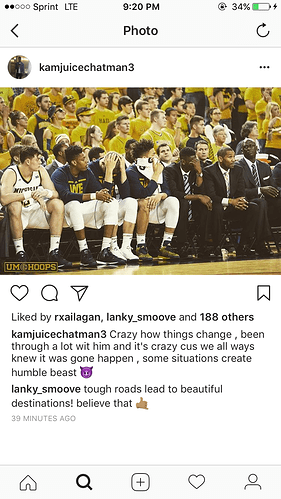 Really not sure what you read from that? Am I just dense?

Presumably “it’s crazy cuz we all ways knew it was gone happen”, could mean “He’s gonna live his dream in the NBA.”

But yeah, not definitive.

Kind of bizarre how we retrieve info these days, but honestly of everything that has come out, I think this points to DJ going pro the most. Maybe him sitting out of the Combine 5-on-5 portion as well, but it seems that was pretty legit if he had to cancel other team workouts.

I can read it many ways, including just the process has confirmed that the NBA is in DJ’s future, now or later. Both seemed to sour on Michigan, with DJ only sticking around because he didn’t want to sit another year. I’m sure there is an enormous amount of self satisfaction in going from a disillusioned bench guy to a combine invite on some first round cards.

I hadn’t ever heard that DJ and Kam soured on Michigan (although Kam it isn’t a large jump to make). I find that to be very interesting. I can’t imagine Kam knows anything that others don’t. Just have to wait and see I guess

DJ pretty much explicitly said in his interview on the Dak and Dunc show that the only reason he didn’t transfer was because he didn’t want to have to miss another year of playing. There were also mentions of various issues/altercations DJ had with Beilein, such as DJ skipping last year’s exit meeting and just heading home to California without telling people. 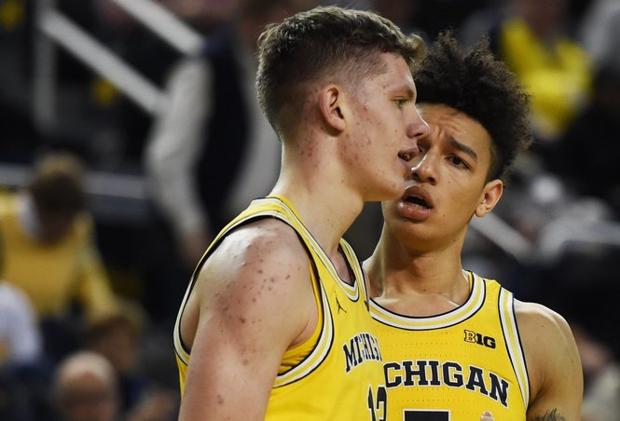 The NCAA's withdrawal deadline is on Wednesday, at last.

The NBA Draft decision deadline is Wednesday night at 11:59 p.m. which means that John Beilein's waiting game will finally come to an end. Here's the latest on WIlson and Wagner's NBA Draft standing and decisions. 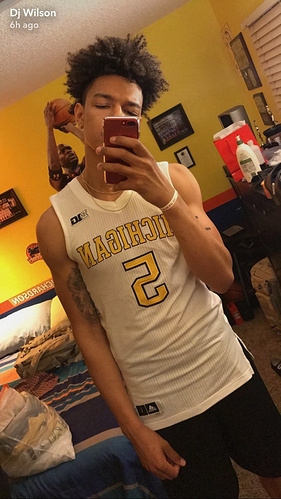 Don’t worry, I changed my passwords.

Is that the Adidas “Iced Out” Jersey that we wore in Puerto Rico? I’ve been considering getting one because I like the way they look