I remember at some point we all said if Poole leaves this year it probably means we went on a big run in the tournament… oh well.

JP was my favorite player to watch this year but I will miss him and selfishly as a fan I wish we got to see that breakout. Go make $$$, JP.

Every year, the importance of April grows on the college basketball calendar. John Beilein might not love it, but this is a critical month for every team across the country to set its roster for the upcoming season. There are transfers, graduate...

Will go down as a guy with a complicated legacy here. Interested to see how his pro prospects turn out. As Brian Cook as been saying, this feels a bit like a step back 40 footer with his career. Will see if it hits.

Oh well. Considering all the factors, especially the parental one, it’s not a surprise he’s gone. I wish him the best and hope he makes a ton of money. Hopefully we can hit a home run in late recruiting.

I remember at some point we all said if Poole leaves this year it probably means we went on a big run in the tournament… oh well.

I think the fact that Poole played so well in December and pretty much average at best from January onward should be the disappointing part of all of this. If he was able to play at 75% of the level he was playing at in December, Michigan’s season probably includes some hardware or at least a couple more games.

I still think he probably has the most pro potential of the three U-M players that declared so no harm in trying to chase it.

We will always have the shot 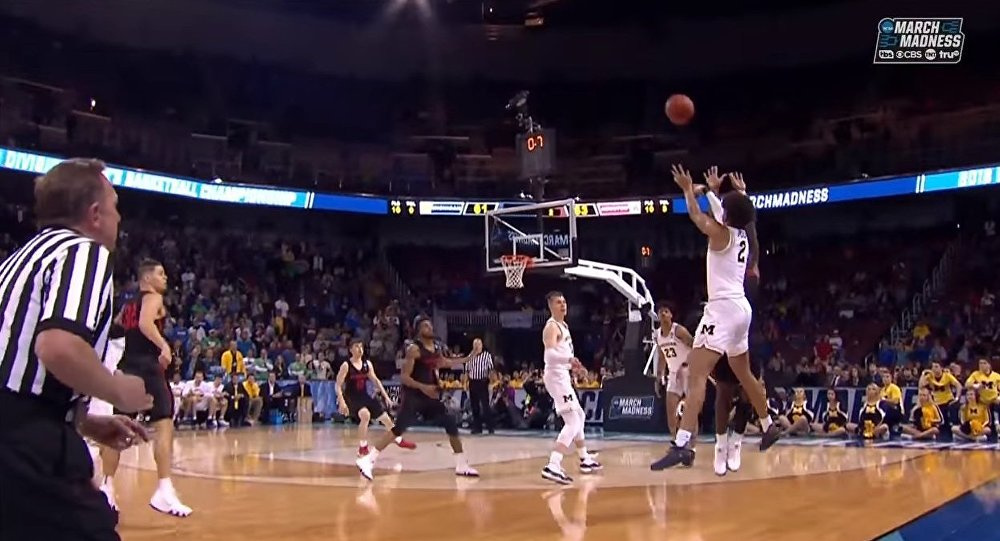 Wishing him the best as he begins his professional career

So is the only reason Iggy hasn’t announced formally yet that he’s staying in the draft because he hasn’t had time to create a Cameo account?

Was in too much Cameo demand and hasn’t had time.

Leaves with a signature moment we’ll always be thankful for, so that’s great. I’m sure it’s frustrating for him. He probably was told to imagine himself in an on-ball creator role like Stauskas or LeVert, and, well, Simpson’s development in this precise way that precludes that probably wasn’t really possible to predict at that point. So, bad luck. Still, you’d want him to master the thing he was asked to do, and it’s a team sport after all so it’s reasonable to expect the guy to go out, spread the floor and prove himself as a catch-and-shoot guy. He didn’t want to do that, so, so be it.

I’m wishing JP all the best with his career moving forward. I enjoyed watching him play. The only time I felt really disappointed in him, was his play against MSU, especially defensively this year, guarding McQuaid . Overall, I thought he was refreshing for the program, adding some personality, flavor, and character.

Yes with him, we all would have liked to have seen him max out on his potential. However, a good amount of fans have been way too hard on him. There are numerous other guys in recent years that never contributed much at all, and were known for blowing layups, fumbling the ball out of bounds, and/or playing matador defense regularly, that never garnered as much flack from the base.

Although many of us fans have love for Jordan, in reading comments on multiple blogs, there is a faction of fans that come off displeased with him. It sort of feels that if he has a successful pro career, the displeased will claim him as their own, but if his career washes out, there is a sentiment that the displeased will automatically see him as a spoiled, washed up prima donna.

i have zero ill feelings, Poole is a great kid and his decision is well justified. i will always root for him.

I share many of the same sentiments as those already expressed, and would also like to add that, for all the behind the scenes friction and frustration between JP (and his family) and JB, I very much appreciate the classy goodbye. Best of luck, Jordan.

It’s time to move on. Lester Quinones and Franz Wagner come on in . You will find it’s great to be a Michigan Wolverine. Go Blue!

My personal favorite player from last years team, wish he would have come back but hoping he realizes his dreams.

I think the larger issue, versus predicting what a segment of fans will do versus what they won’t do, is the larger issue of picking apart and dissecting everything, which we are all guilty of. For example, the 1 versus 2 BTTs or, in my case, being annoyed that his father didn’t pick the quieter side of discretion when dealing with internet trolls or, even better, having the restraint to ignore them altogether. Overall, JP’s farewell statement was a responsible sentiment. Like anything we read in social media, there is a probably a chunk of truth and a chunk of PR. It’s sad that that’s how it is (or I guess, more accurately, that I feel that way and consider that the default reaction to anything I can’t verify). I thought he was a great kid, got swallowed a little bit by the hype machine, where ever it came from, and also took the troll machine a little too close to heart. I am among the displeased. Thought it was a dumb move, and yet I admit that can be really short-sighted. It has zero to do with me. However, I will never claim him as my own, regardless of his success. I will never see him as a spoiled prima donna, regardless of perceived failure down the road. He’s a famous kid in a world of overexposure, and I hope he finds his happiness. All we do is comment on someone we watch on TV. (Old man stepping off soapbox…)

If you are wondering about how the Poole family saw the process, Quinn got it on the record. 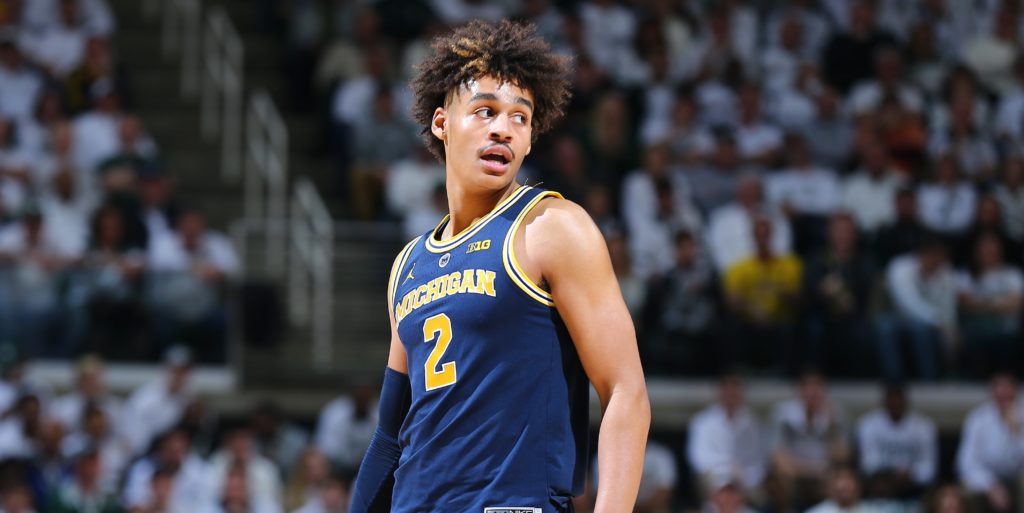 The story behind Jordan Poole’s all-in decision on the NBA...

Anthony Poole said his son has heard from “multiple (NBA) teams” that he could be picked in the first round or early in the second round.

“It’s nothing bad, but the way the offense is, to keep (Zavier Simpson) on the floor, you have to keep him as a ball-dominant point guard. That’s how you use (Simpson) in the best way. … That’s just the way it is. It’s not the fault of (Simpson) or anybody else, but it limits what Jordan can do.”

A bit more too it, but I’m not sure Anthony Poole’s quotes are necessarily grounded in reality.

I’m all for Poole going to get a check. I think he has the potential to be a good NBA player. But boy, the quotes Mr. Poole was saying make it really hard to believe they truly know what they are getting themselves into.