Charles Matthews declares for NBA Draft without an agent 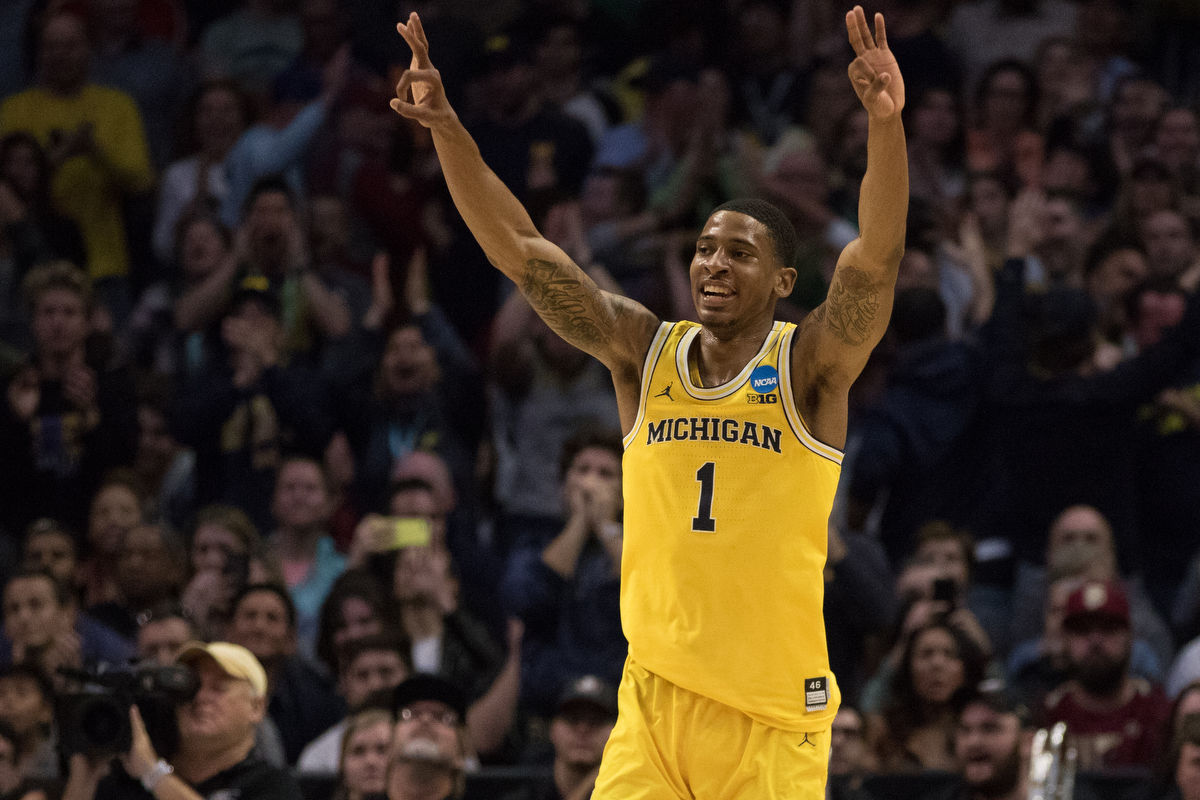 Charles Matthews announced his intentions to declare for the NBA Draft without hiring an agent. 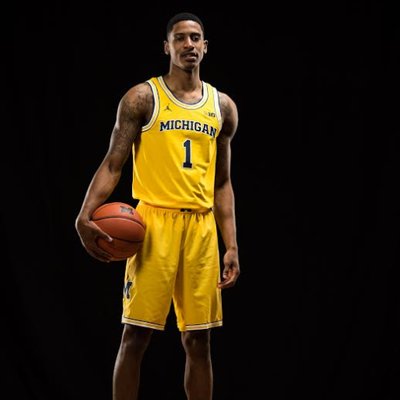 Extremely blessed and excited for this opportunity. #GoBlue https://t.co/36GuvQ4S78 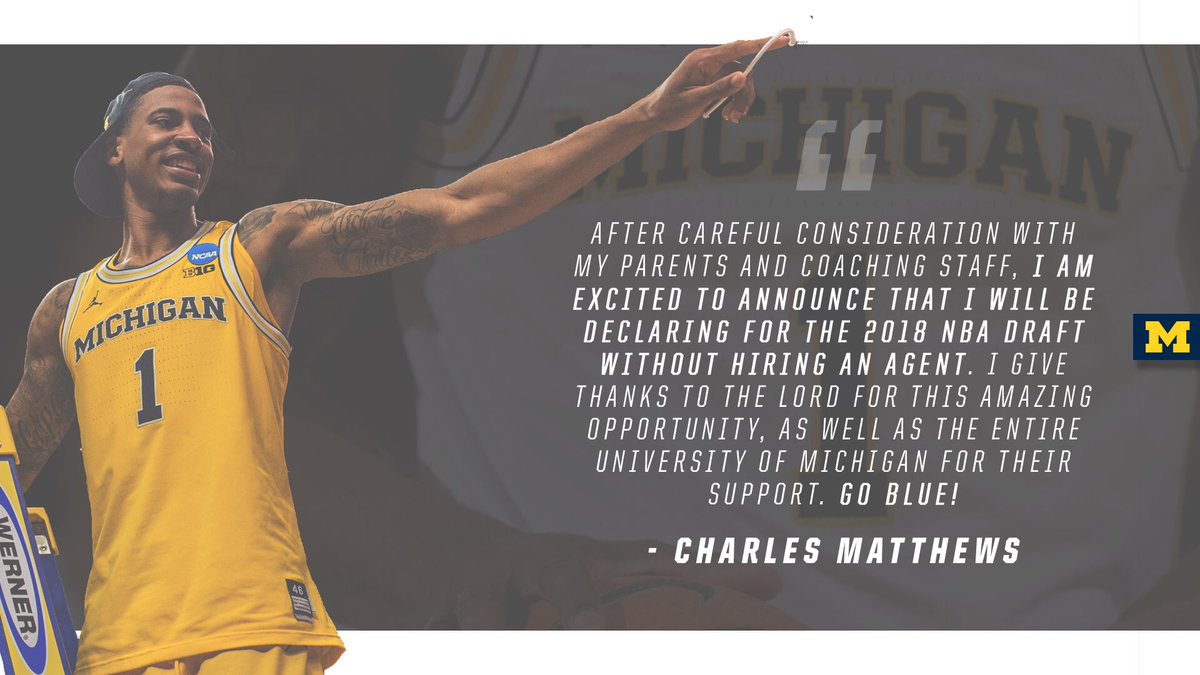 No surprise here IMO. Found it a bit odd that it took this long. Will be interesting to see if he gets a combine invite and, if he does, how he performs and tests.

Well, as I said in my post on this subject earlier, I had absolutely no knowledge of what Charles was thinking and this announcement bears that out!

I hope he learns everything he needs to know and shows the world how great he can be…at Michigan and beyond! Go Blue!

No surprise here. Of course I hope he returns but also I would be thrilled for him if he got some good news from some pro teams. Go blue!

Not shocked but wonder what goes into such a decision? Obviously a great athlete but that is not enough to stick in the NBA, so hoping he comes back and develops the skills that lead to a long playing career.

wish him the best luck and hope that he will come back for another season.

I’m kind of bummed but I wish him the best.

He could be a late 1st round pick. A team might want him, figure they can develop him. You can’t teach his athletic ability.

I think he has the same chance of being the first overall pick as he does of being a late first round pick.

About the same chance as DJ Wilson had.

DJ was pretty much a lock to at least get picked though right? CM could potentially not even get selected unless he has a breakout at the combine.

I’m not saying CM is ready but he’ll impress with his vertical jump, quickness, and ?

I’m not going to sat anymore other than I think this is the right move for him. I used to do a seminar called, “Preparing for Success” and this is just part of that preparation. There are things Charles needs to work on. I think Charles knows that, but getting feedback from his potential future employers can do nothing but help him prepare for success. Obviously, if the NBA people think he’s ready and will be drafted in the first round he still has a choice to make. Should he go now, accept a very nice contract, work on his development in the G-League or at the end of an NBA bench, or could another year at Michigan under Beilein, Yaklich, et al propel him to the Lottery and an even more lucrative contract. Must be nice to have the kind of athletic ability that enables him to have those kinds of choices. More power to the young man.

The only similarity between Wilson’s situation and Matthews’ is that they both went to Michigan.

Matthews will be back lol. He simply can’t shoot well enough yet to get drafted.

I know that’s what we want to believe but I can think of several players in the NBA who can’t shoot straight but are in the league because of athleticism and defense.

The NBA drafts on potential, if they think he can be developed he might get picked.

Yes he might get picked. Is he maximizing his value if he were to leave this year without proving he can be more versatile off the dribble and/or hit threes and free throws at a better rate? Probably not. This isn’t homerism like it was when a lot of us wanted Moe back.

He did the right thing declaring for the draft without an agent. Hopefully he gets some great feedback and an invite to the combine. Unless he really wows a team in workouts, it is highly probable that he will return to school.

If he kills it at the combine and makes a believer of a team and decides to stay in, more power to him. But the overwhelming consensus right now is that he should come back to school, just like pretty much every other Big Ten player that has declared for the draft without hiring an agent.

Manny Harris was a 6’5" 185 pound shooting guard that shot 30% from three and left for the draft early. He didn’t get drafted. It’s not a lock that Matthews would either, but if he has some indication that he is a safe bet early second round, leaving might make sense. It’s no guarantee that is the case.

If Matthews gets a combine invite, I’ll be really curious to see how he performs in the athletic testing.