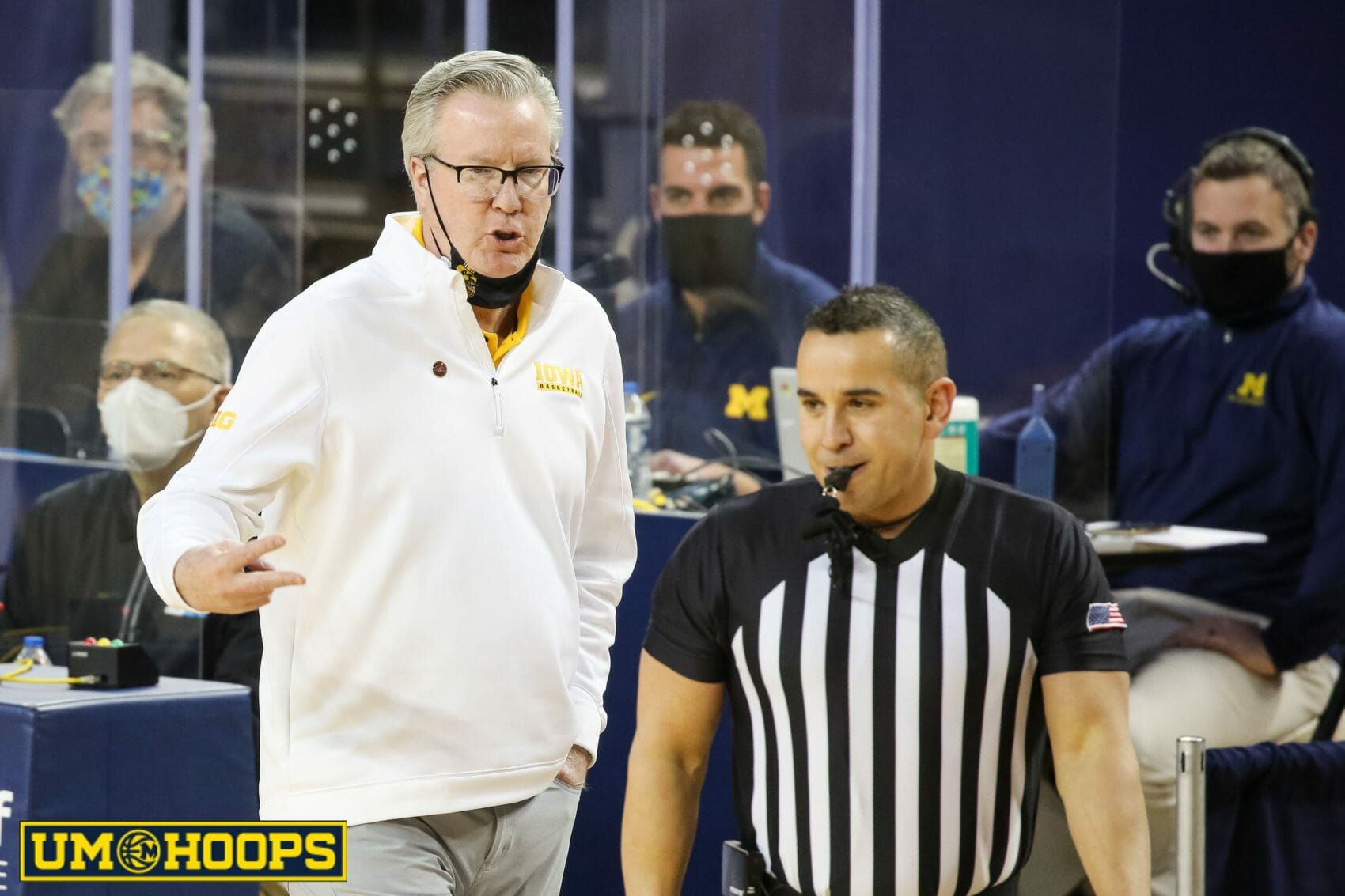 Fran McCaffery and Luka Garza met with the media after Iowa’s loss in Ann Arbor.

Some super terse responses from Fran there, especially in the front half of the interview. The first response in particular of “it wasn’t dysfunction” was not only dismissive but also didn’t respond to the heart of the question. Honestly a much more professional response from the “amateur” athlete here than the professional coach

Shocked at how much I liked Luka after that video and what an a$$hat Fran was.

Fran is basically Boeheim with more hair. Just a total baby and whines about having to answer questions when he’s paid $2M.

Wish I could say that I was surprised by Fran’s…I’ll be generous…terseness, but I’ve seen his act too many times for that to be the case. I get that he’s not happy after that showing, but come on…act like an adult. That last question may have already been asked, but it certainly wasn’t answered.

I get it, losing sucks. But they gave Michigan zero credit and Fran was just a total d*ick. I dont remember the last time I heard a post fame presser without giving Michigan some props… SALTY

Also just observing how he and Juwan interact, I don’t think Juwan is a fan either.

Fran was worse than Tommy after a Loss to Michigan. And that’s saying a lot

Tough to take questions after a loss. Neither coach nor Garza are humble enough to acknowledge the talented team that beat them badly. Bad look by Iowa.

I didn’t have any issue with Luka but Fran is a jerk.

don’t usually post here, but man, was Fran ever a jerk to reporters…not a fan of any coach that does that. Be a professional about it

Wow what crap responses Fran gave!
@umhoops would love to see you (or maybe together with BQ) do a piece on opposing coaches’ views/reactions/responses to loss (and win) against Michigan, not primarily to show and shame “certain” dudes, but to self-scout/explain why this team is great from interesting angles… and yup not primarily, but would be hilarious to see these contrasting characters!

Really impressed with Garza in this. He gave some really thoughtful, gracious answers. I was pleasantly surprised there. Fran though, ugh

. He deserves every bit of crap he gets on this forum.

Wasn’t Emmert the guy that Fran lit up a week or two ago? To be fair to Fran, the question was stupid, as was his question to Luka.

Question about 4 assists didn’t seem bad to me… He could have just answered it and said it was a testament to how Michigan defended.

If the guy doesn’t call it “dysfunction” and words the question better, I’m sure Fran isn’t so triggered. It would have been better to hear Fran come back with some smart-ass comment that leads to praising the Michigan defence, but I don’t blame him for being offended.

I get the idea saying there wasn’t dysfunction pretty much the connotation is because of the Michigan D, hence why they didn’t have a lot of assists.

The response was 100x worse than the question. I don’t know if Fran and that reporter have beef or what but I don’t think any other coach in the league would answer that question in that way. It’s not like it was even a particularly close or emotional game.

I’ve never felt more uncomfortable watching an interview in my life. This was so bad. I can’t believe how rude he was, and not just once, time and time again in the very short 3min of his time he gave. This is NOT ok and he should feel ashamed of himself