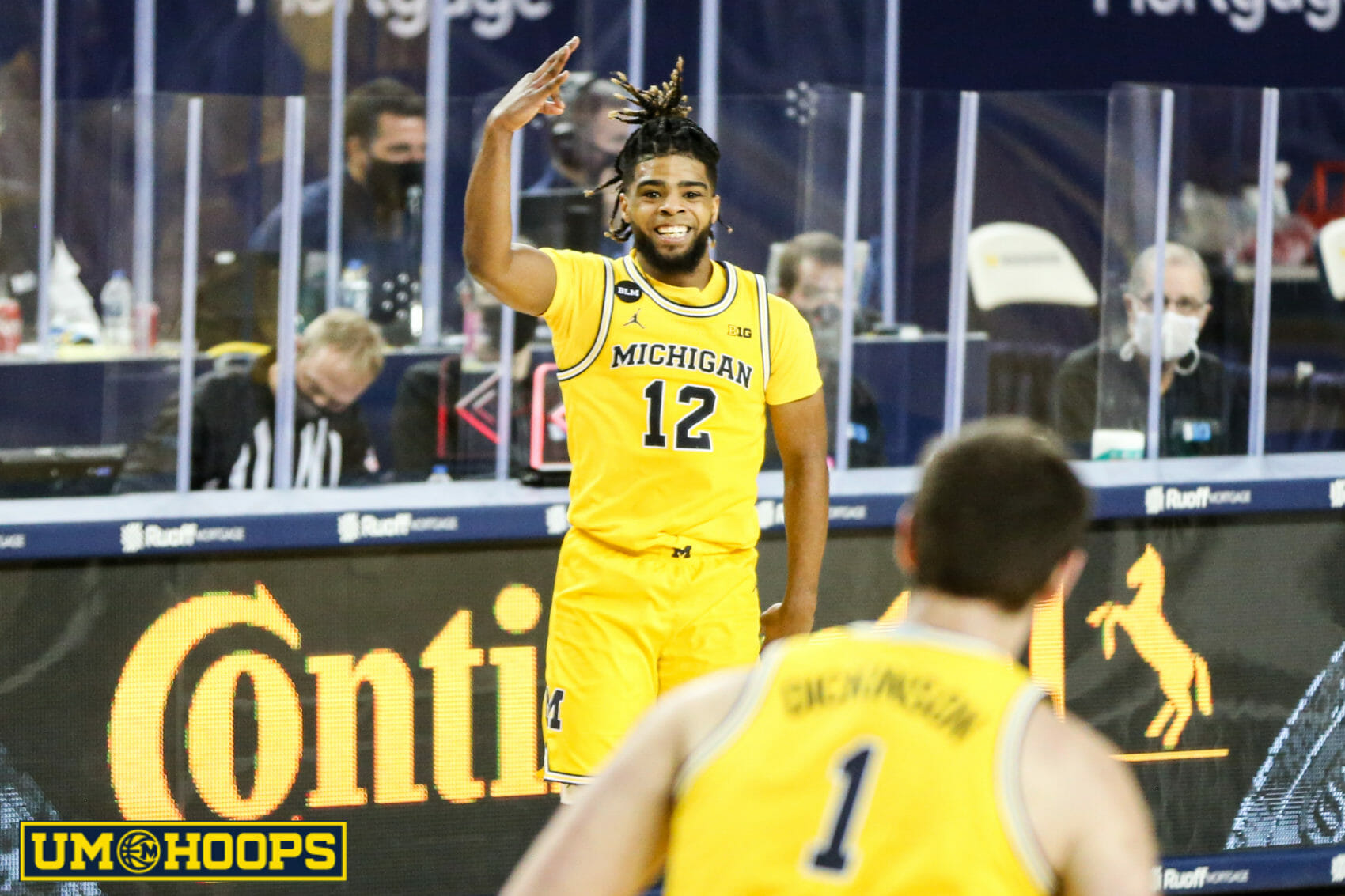 Podcast: On Michigan's defining performance vs. Ohio State, and Michigan...

Michigan outlasted Ohio State in a thrilling game in Columbus on Sunday, keeping Michigan in control of the Big Ten race. Brendan and Dylan discuss the game, the Michigan-Ohio State rivalry and what it means for Michigan moving forward. Then they hop...

On the topic of the state of the rivalry.

I’m pretty sure Stu Douglass has said once or twice on a podcast somewhere that he didn’t really ever give a sh*t about rivalry games, MSU or OSU.

On the flip side, I think Chaundee’s Snapchat stories might mean that he cared more about the rivalry than he apparently led on in the interviews referenced.

I’m pretty sure Stu Douglass has said once or twice on a podcast somewhere that he didn’t really ever give a sh*t about rivalry games, MSU or OSU.

Having listened to some of his podcast stuff, I am not even close to surprised that he said this. I’d also be extremely surprised if that view represented a sizeable chunk of players.

Based on past podcasts, Stu didn’t seem to care much about anything haha. Not surprised at all. I’m guessing Novak would give a completely different answer

We believe in nothing, Lebowski. Nothing.

Starting to listen now… Quinn doesn’t say it explicitly here, but his entire post-game story being about it kinda brings up how fixated outsiders get on it. Dickinson being good because he’s a 20 year old freshman is like Juwan Howard being good because he hired Phil Martelli to me. I’m tired of it being used to qualify his successes.

Yeah I didn’t say anything because I feel like it gets talked about a lot, and I don’t want to insinuate its a bad thing, but Stu is Stu. And he is a pretty unique guy and just generally doesn’t go for the whole concept of college fandom, which is actually funny to me now that he has a Michigan basketball podcast.

Yeah with regards to the basketball rivalry stuff, I don’t think it’s that hard to explain. Michigan-OSU football is the rivalry, it’s bigger than any other rivalry in any other sport. So residual hate from that leaks into every other sport. I don’t hate OSU’s basketball team nearly as much as I do football, but I still hate them and want them to have little to no success.

For Michigan, it’s clear that MSU is the #1 basketball rival. OSU falls way behind them there. But OSU doesn’t have an MSU equivalent for basketball, so we still take the #1 rival spot for them in basketball. Which is probably why you see those intense pre-game packages for Michigan games in Columbus. So between us being OSU’s #1 rival, and most Michigan fans still hating all things OSU even when it’s not football, these games will always register as some sort of rivalry game. But it’s not going to come close to what we see with Michigan-MSU. It only really becomes a big event when both teams are good, like this year or the 2012/2013 years.

I haven’t watched it back in a while, but in the Fab 5 doc I remember Jalen and Jimmy still holding on to some hate for OSU.

Really looking forward to this podcast. I’ve been thinking it’s about time I had my update on Michigan State.

All my years of posting and hot takes have paid off

Wouldn’t a tennis or volleyball match be a back-and-forth? I always thought, like BQ, that a boxing match meant a slugfest.

Listening now, Dylan your observation on the rivalry is on point. It’s the plight of Michigan in general, everyone considers Michigan their rival, and several consider Michigan their main rival. But we can obviously only have one ourselves. What you described for OSU basketball is similar to MSU-Michigan football, though I’d say there’s much more vitriol there for obvious reasons. But Holtmann giving out gold jerseys is the dumbest thing I’ve seen in a long time. Civil ConFLiCT level stupidity

good point! a year older or even two years older doesn’t automatically make a freshman good at anything.

So does AJ Hoggard

@umhoops loved the pod! Only one detail I wanted to point out is that we have an Ohio kid on the roster still. Don’t forget about Zeb!