Podcast: Breaking down the hows and whys of Michigan State’s upset over Michigan 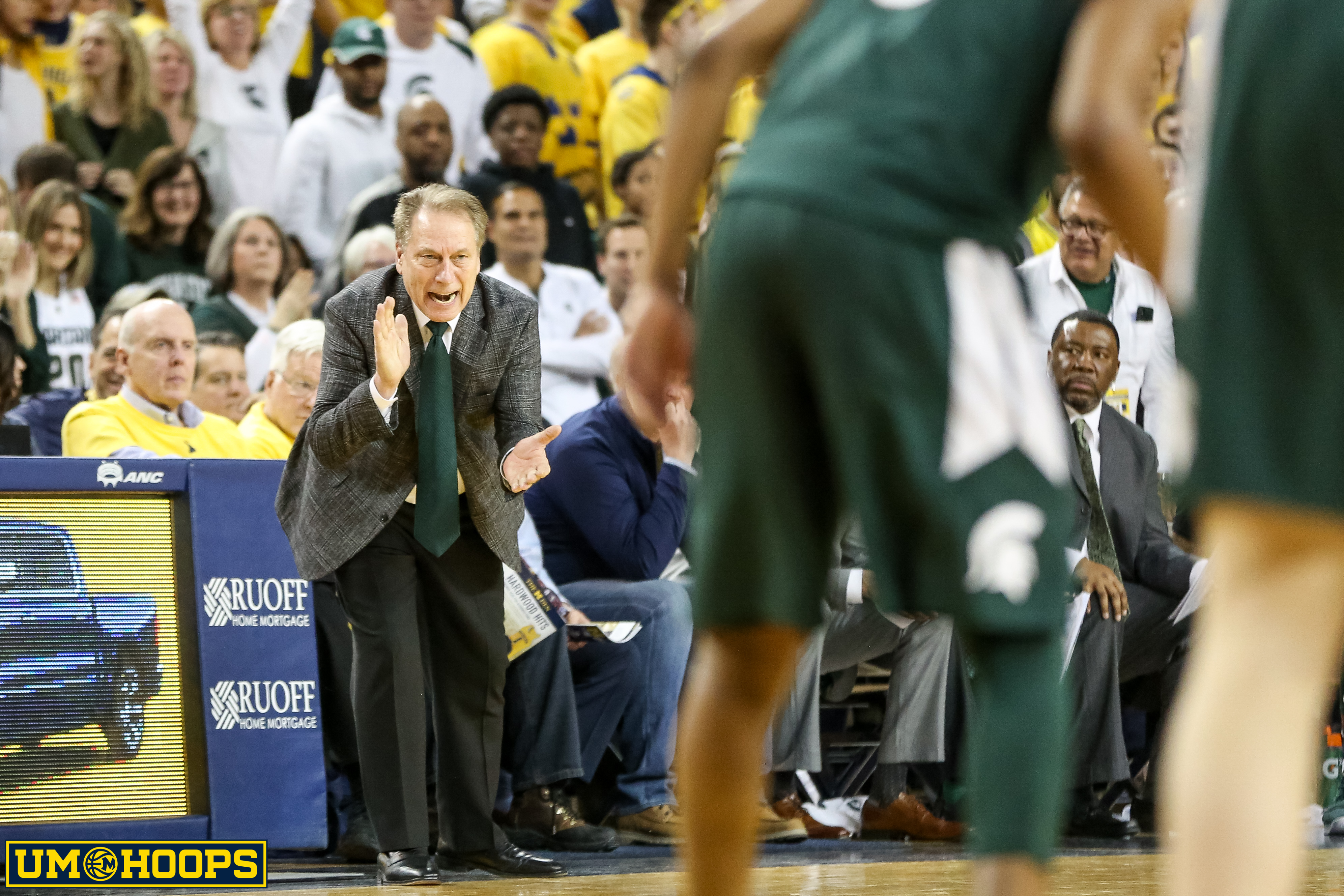 Podcast: Breaking down the hows and whys of Michigan State’s upset over Michigan...

The Moving Screen is a podcast collaboration with The Athletic’s Brendan Quinn. We’ll be tackling Michigan, Michigan State and Big Ten basketball at large with a blend of rational analysis and hot takes. We break down Michigan State’s win at Michigan...

I’m so upset over that loss yesterday, I’ll pass on this podcast and look forward to Nebraska Thurs. I just don’t understand why we weren’t prepared to adjust to Sparty’s defense even though they usually don’t run that defense. Haven’t we faced that defense from another team this year?

It may be depressing to listen to a recap of a loss to MSU, but the podcast is worth a listen. I always come away with a few nuggets of understanding that I don’t get anywhere else.

If yall regularly listen to the pod, i wouldnt exclude this one just based on being upset about the game. Especially a day removed there are some good takes and it’s worth a listen

The comparison was made to the 12-13’ team on the podcast where McGary was the unforeseen X factor going into the tournament. There has been a lot of talk about how both Brooks and Poole have been leaving something to be desired, if either of those guys can click (more likely Poole) this is a different team with a different dimension. This is a bit “pie in the sky” talk about what we could be, but there is still a TON of season left. There is still a month between now and the beginning of the NCAA tournament. A lot could happen

At the end of the pod, Dylan brought up that Iggy started the season touted as a 2 or 4. I would love to see a lineup of X, Iggy, CM, Livers and Teske. Could be a pretty powerful lineup and might give our current 2s a bit of a gut-check.

At the end of the pod, Dylan brought up that Iggy started the season touted as a 2 or 4. I would love to see a lineup of X, Iggy, CM, Livers and Teske. Could be a pretty powerful lineup and might give our current 2s a bit of a gut-check.

I agree. Slide Matthews down and bench Poole. Or, frankly, DDJ. I’d love to see them stomp Nebraska in the first half and give DDJ some extended run. He just needs reps. He’s closer to being a contributor than Johns is, I’m guessing.

I didn’t agree with BQ’s panic-level take on Michigan at all. The impression I was left with there is that that MSU made a checkmate-level adjustment and there’s nothing Beilein can do about it, which I don’t believe for a second. Teams have been going under screens on Simpson for two years now, and teams that can switch all the time do so, and Michigan still cracked 70 points. Michigan didn’t play great defense in some very uncharacteristic ways, and it didn’t make shots, and it was up against a team just absolutely desperate to beat them and cling to the remaining bits of a narrative about state-wide superiority that’s pretty much gone now.

I did like Dylan’s '13 comparison, and the point that there’s no potential McGary breakout to fuel a post-season run. I’d been thinking about a '13 comparison too, but hadn’t identified the lack of a McGary effect as a problem. I’d just been thinking that come tournament time our guys usually benefit from playing teams that don’t have such a great scouting report on them. Matthews had a terrible February last year and a great March. I think that kind of bounceback is on the table for the three wings, though maybe less so for Poole.