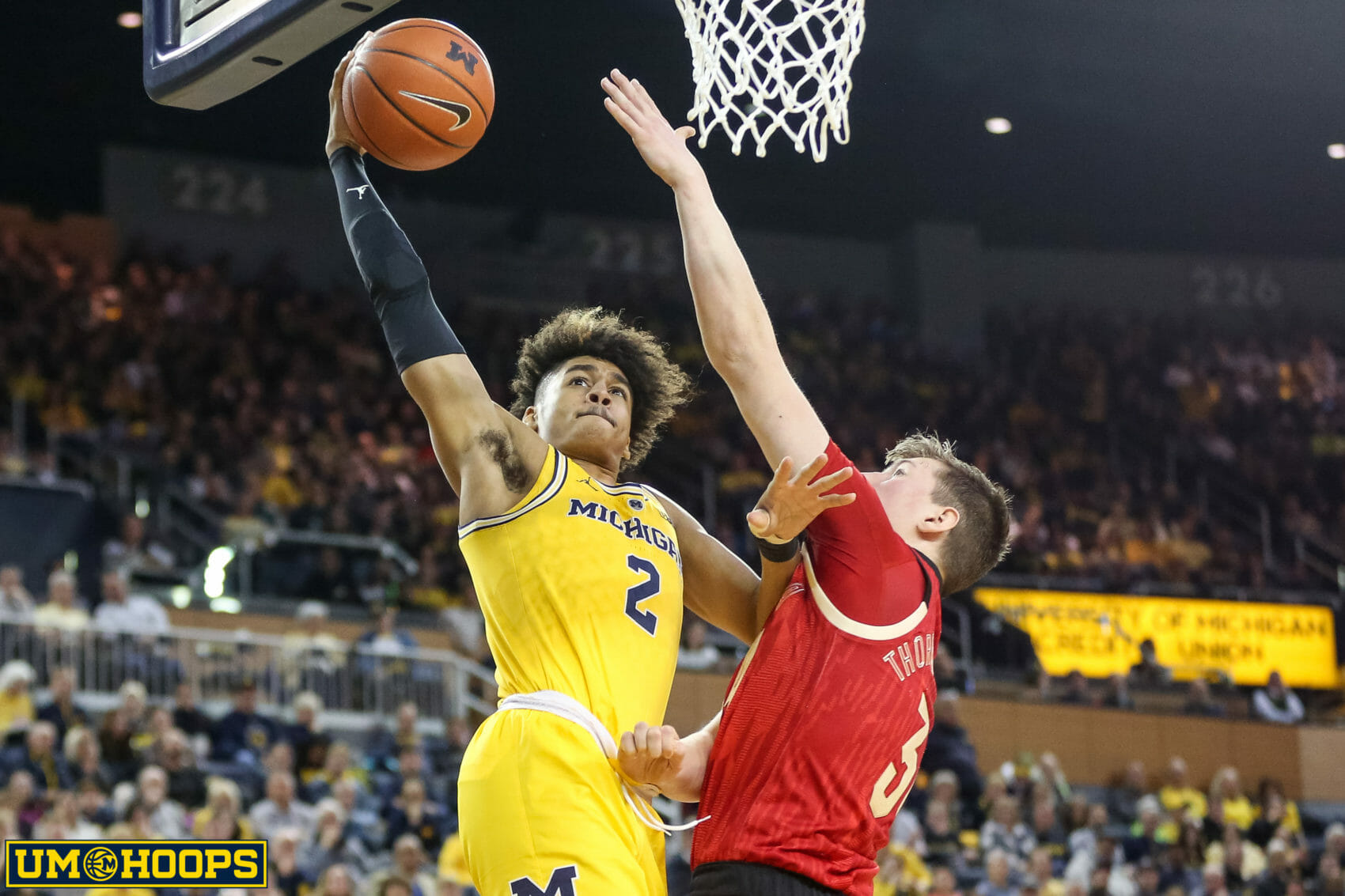 The Golden State Warriors selected Michigan sophomore guard Jordan Poole with the 28th pick in the 2019 NBA draft this evening at the Barclays Center in Brooklyn. Poole was the 10th Wolverine under John Beilein to be drafted in the NBA. The last...

Everyone must apologize to Jordan.

Really happy for JP. Awesome to be a first rounder and have a chance at immediate playing time.

Maria Taylor asked Jordan Poole if he is a "Splash Nephew" "Something like that, I’m splash something, might have to bring the drip to the league!" Poole replied.
4 Likes
BlueFront June 21, 2019, 2:46am #5

I’m glad it worked out for Jordan. I don’t think the criticism of his current game was unfair and it had me convinced he was at best a late 2nd round pick. 1st round and guaranteed money… the bet on himself paid off!

Totally awesome, now he really will be standing in the corner making big money! I think this is a great fit for JP. Catch and shoot for a living, first round coin! I was wrong, he was right! Good for him!

That’s very Jordan Poole of him to big time Curry and Klay with that response! You might call it an overdose of swag… 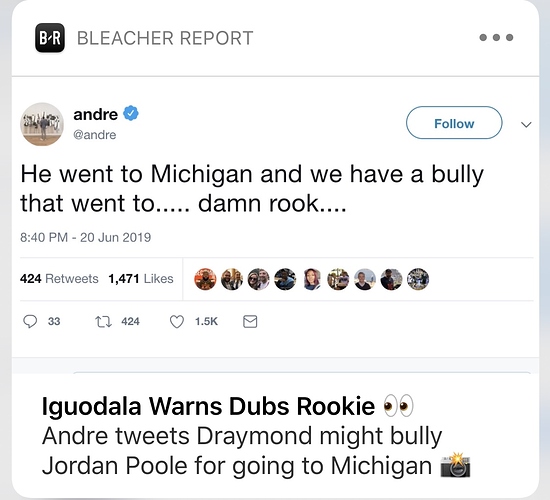 I forget sometimes that Draymond was on that MSU team that got beat by Stu’s shot at Breslin. Feels like the timelines of Michigan’s rise back to national prominence and Draymond’s career happened in two separate time frames.

All those folks who scapegoated Poole … sigh. Maybe the team isn’t better off without him after all

All those folks who scapegoated Poole … sigh. Maybe the team isn’t better off without him after all

Poole can still have played poorly down the stretch and be worthy of a first round pick. Really happy for him.

The point is that you draft based on potential not based on last year’s performance.

I definitely would take Carson Edwards over Jordan Poole. Edwards so much more dynamic.

Who has a higher ceiling? Edwards or Poole? Poole is younger, taller and has the potential to be way more than Edwards.

Congrats to Jordan ! Another Michigan first rounder ! Joining a another championship culture at GSW It’s a “Poole party “ with the splash brothers #Goblue twitter.com/andrewkahn/sta…
11 Likes
YostsGhosts June 21, 2019, 3:21am #20

Congrats to Jordan. Another one in the Association
#GoBlue

? , ridiculous assessment. Carson was a better college player sure, but Jordan has more potential. We never saw Jordan reach his full potential and maybe we never would have but he has ability.