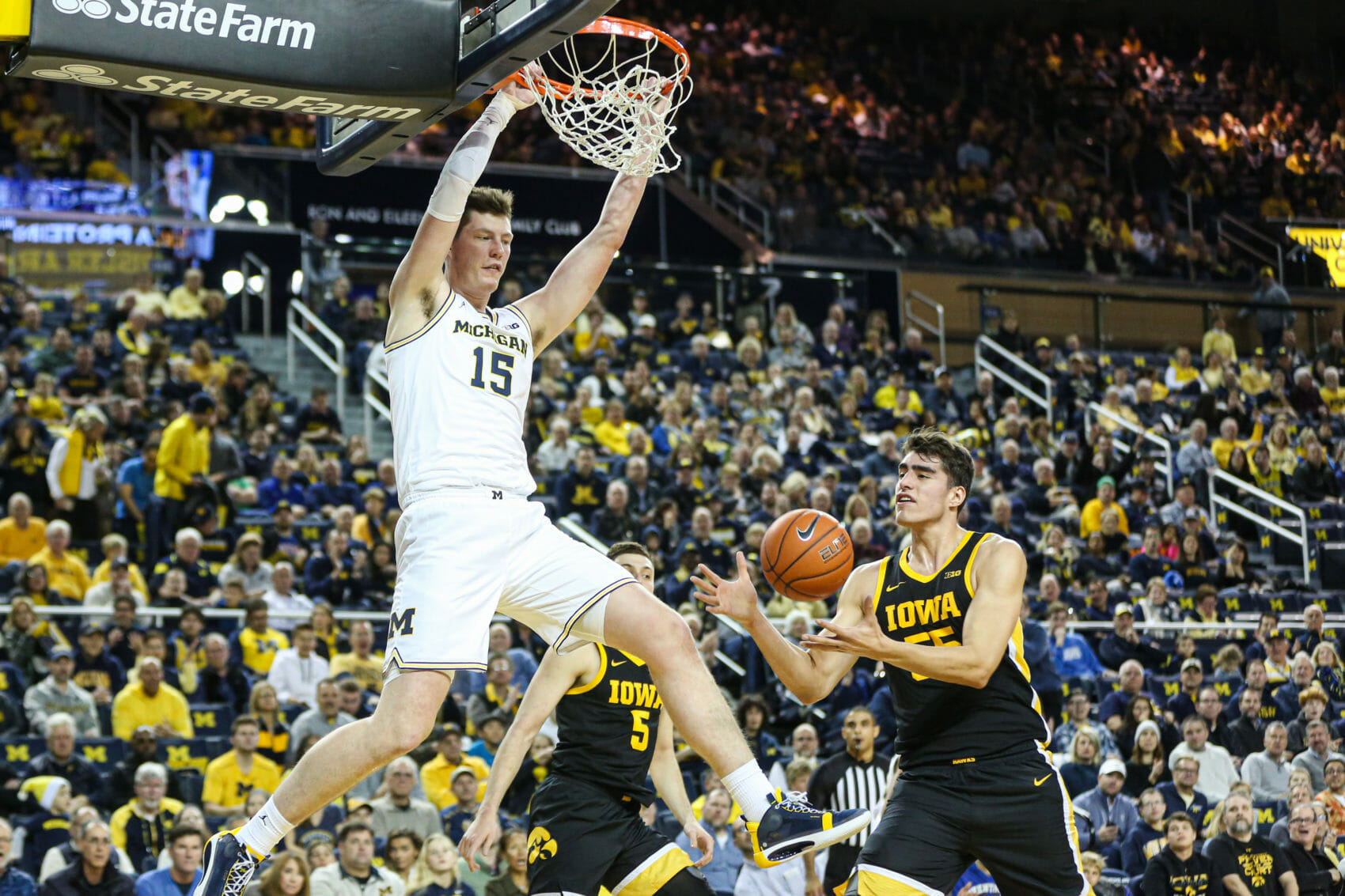 Expected starters posted for both teams:

Expect Oregon’s best effort because you are the hunted.

Checking in from section 207 row 41! Let’s come out firing on all cylinders boys!

A little thin in the upper parts of some sections lower bowl full, with more continuing to flow in.

It’s safe to say Oregon has figured out that we go to Teske on the first possession.

Livers needs to be more decisive with the ball. He about gave t away on the handoff to Simpson. Then made a bad entry pass. Take care of the ball.

It was said that Moe Wagner’s first 3 of a game would tell the tale for him. Same for Franz?

Woof, Oregon can miss despite solid D from us and we’ve missed some wide open 3s. Gotta remain close here

That last three was good defense just a great shot. Now the rest of the d…

Looks like they are having trouble with that zone early. Hope they figure it out

Some fairly uncontested shots at the rim early for Oregon.

Oh no the offense appears to be starting cold again…