Stud. Have to have him.

Not as convinced as most here

Weems a standout at Nike’s Elite 100 Camp for underclassmen. 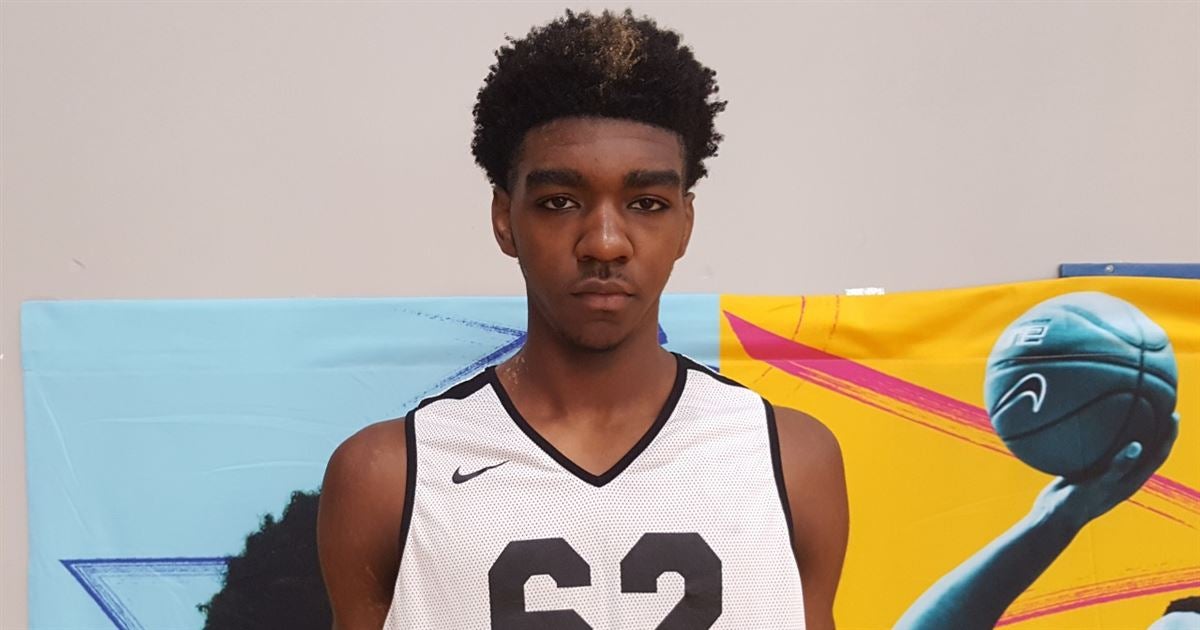 ST. LOUIS, MO - An exciting group of wings and forwards were out in force at the Nike Elite 100. Keion Brooks led the way with help from prospects such as Nate Tabor, Patri...

One of the biggest and most athletic forwards in the camp was Romeo Weems. The Michigan native showed why he has become a priority Big Ten recruit with his play. Weems has exceptional length and is one of the tougher kids you will see. Right now he is a dynamic defender who can guard nearly every spot on the frontcourt, and also a great rebounder. He pursues the ball well, and then uses his length and explosive leaping ability to snag the boards both in and out of his area. On offense right now Weems is a straight line driver who also can catch and shoot. He has to continue to work on his skill game, but Weems has extreme upside.

Shooting guard Jalen Green will factor prominently in the 2020 rankings. He led the wing group at Nike's Elite 100.

How he stood out: You can’t rely on stats to tell the story of what Weems does on the floor. He creates possessions with deflections on defense, he rebounds, he passes well and he scores opportunistically. He reminds us a lot of former five-star Branden Dawson at the same age because of his physical toughness.

Be stunned if he doesn’t end up a Sparty.

Really? Why? I wonder when these kids are going to figure out Izzo is awful at developing players?

Personal relationships are by far the most important element in recruiting.

This one should be a lay up for Izzo unfortunately. Weems is right in his wheelhouse in terms of playing style-- tough, rugged wing with some nice offensive skill to go with it. Kid is an MSU fan and friends with Miles Bridges to boot.

Little blurb from an enemy recruiting article. Seems as inevitable as most thought.

When Michigan State faced Bowling Green last Saturday to open the football season, Romeo Weems was there. A few days earlier, he also was on campus. And he will make the trip once again to see the Western Michigan game.

Given how strong the relationship is between Weems and the Michigan State staff, it seems like the 6-6 standout is a strong Spartans lean. He would provide them great versatility on the wing and hopes to fill a Miles Bridges-type role should he end up there.

Seems like a foregone conclusion. Luckily there are several quality instate options in 2019. Hope we get a few of them.

Big thanks to Coach Washington from the University of Michigan for coming to open gym tonight.🚀🏀
4 Likes
ReegsShannon March 15, 2018, 12:28pm #15

Seems like there might actually be some optimism in this recruitment. There’s buzz that he’s not going to MSU at least and that UM’s ascending in the recruitment.

Also had a great quote a month ago: https://247sports.com/college/depaul/Article/247Sports-Composite-top-40-prospect-Romeo-Weems-continues-to-be-a-major-priority-115040194

“I am looking for a school where I can get coached and developed,” explained Weems. “I will look at how former players have developed. I watch the games and see how they are coached and how they play on offense and defense. I just pay attention to how I would get better if I went to each school.”

THIS IS GREAT AND I LIKE THAT QUOTE a lot

What’s Weems’ play style? Is he gonna be a guy who can create off the dribble?

watched a couple of video’s on Youtube, does not seem to create a lot but a great finisher

I will put him into the category of athletic wings, e.g. Chris Mathews, GRIII, Livers, 3/4 in Beilein’s system.

Well, he was 3 blocks away from a 20 point quintuple double last night.

New Haven’s Romeo Weems proved that he can fill up any stat column in Wednesday’s regional semifinal victory over Detroit Country Day.