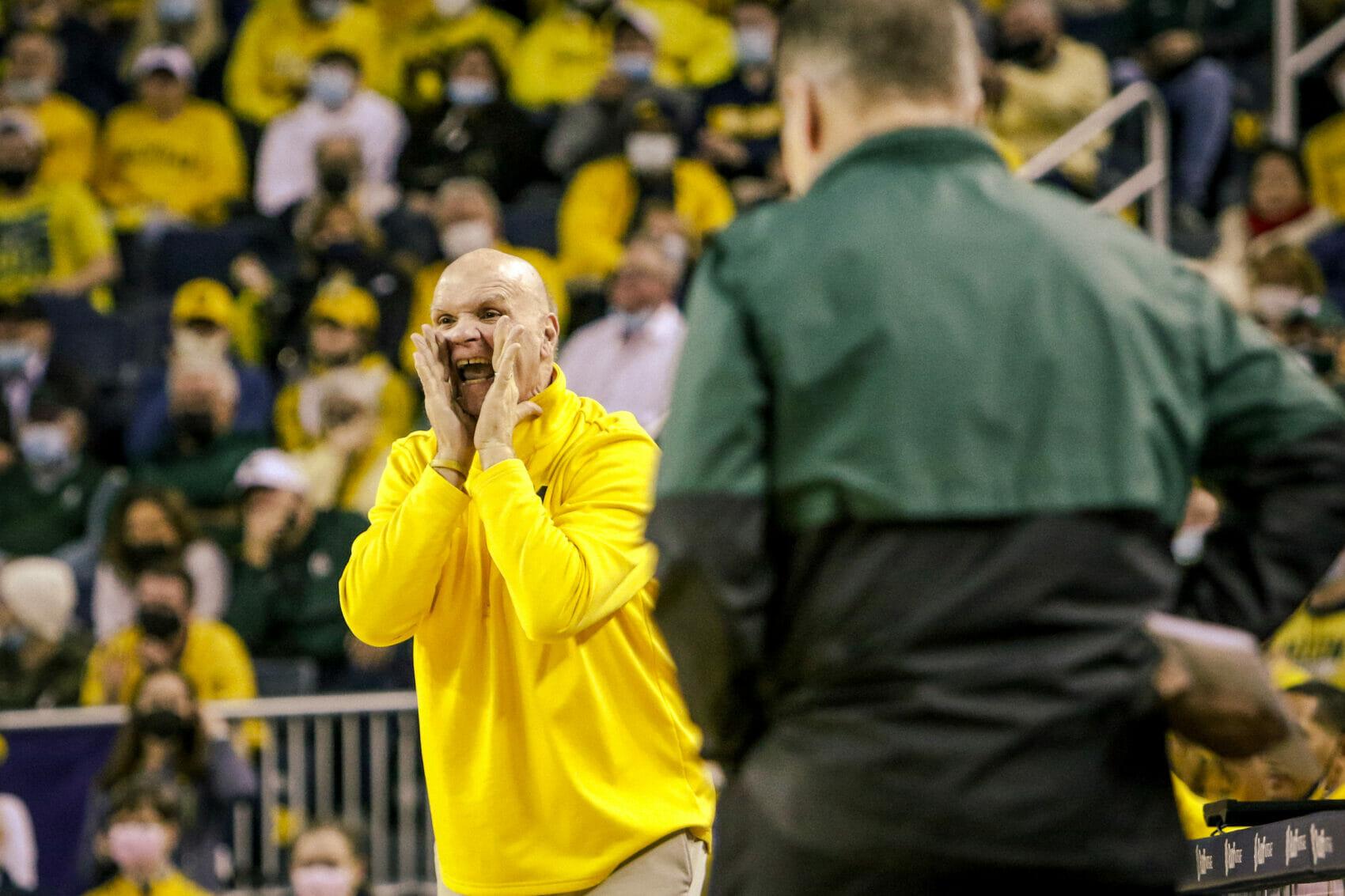 Phil Martelli and Joey Baker met with the media on Friday morning to preview Michigan’s Saturday clash in East Lansing.

Phil delivering as always. The last Hunter answer was a little cryptic, and I’m glad they’re “handling it” regardless of what their definition of “handle” is.

A lot of the Hunter noise is actually just guilt-by-association, and there will continue to be controversial things said on his podcast (and dozens of others) as athletes’ gain more platforms to be themselves. It’s a good thing overall, but some of our fanbase is annoyed because they don’t want to root for the villain.

This is the rivalry I want

no one is forcing him to associate with such characters. and most of the noise is Hunter’s own mouth, not others’.

I don’t disagree, I don’t mean to endorse the podcast specifically either. Guilt by Association. The Hitler thing was not said by Hunter, was it? I think that’s the only thing that has crossed the line (with MSU). There was no reason for his specific comments about Wisconsin, though.

I guess my point is that Hunter is the current public villain, but there are going to be more that arise from different teams across the country. But… then it’s on them (including HD) to back it up on the court.

Yeah - I guess I should really clarify that this is not how I would act. Thus, definitely a line in my own moral compass has been crossed. I’m just less judgmental on Hunter’s academic trash talk because its not original.

I think he’s saying that based mostly on hearsay, and doesn’t realize that the age-old “safety school” argument and slander has been an argument in a whole lot of circles in this state for a long time. He can’t be so nonchalant about it on a podcast. It’s a delicate and misinformed topic usually.

But the rivalry it creates on the basketball court is fun.

This is the rivalry I want

I don’t agree that it’s fun. I find him utterly annoying. I don’t think his podcast or trash talk are creative or interesting.

I get that he’s going for a pro wrestling heel gimmick but the character is not nuanced. He is just being a jerk for jerk’s sake.

I’d like to believe the recent players-only meeting addressed that.

Mo crossing up Ward or Charles vs Ward are examples of the rivalry I want. Basically I need Nick Ward back

The “you couldn’t get into Michigan” thing is so tired because most students are out of state nowadays.

Excellent, excellent interviews. Martelli’s is always on the intellectual level which is special. He’s special.

The “you couldn’t get into Michigan” thing is so tired

Also, I doubt Hunter knows where the organic chemistry class is, much less sitting in it.

Phil and Joey are the Martelli twins.

Pay Phil an extra 10 grand and have him do all the pressers.

Steve Stoyko (sp?) was in my Orgo class back in the day.

There was no reason for his specific comments about Wisconsin, though

Brad Davison. And he’s just the most recent and obvious in a long list of ‘reasons’ from a program that drills dirty tricksterism into its players.

I get it. U-M fans want the players to be better than that. Sometimes taking the low road is more fun.

Wisconsin is and has been a dirty team. Brad Davison was the dirtiest player in college basketball. They are notorious for sliding feet under jump shooters. I have no problem with the scum bag label for them.