Now people can drop the “Michigan hasn’t beaten a tournament level team” narrative because Texas would definitely be in the tournament as it stands now.

I really don’t get how we beat Texas but people say we would lose to both UT-Arlington and Louisiana Tech.

It’s a game of match ups not team x beat team y so we should beat team x.

And that win over Texas is a solid win now. No one will argue differently.

I didn’t use the transitive property. I used overall resumes. What about the resumes of UT-Arlington or Louisiana Tech make them better teams than Michigan? Objective ratings and common sense both point to Michigan being better than UT-Arlington and LaTech.

Texas and nc st are both good wins. People are trying to discredit those wins because we looked so bad in our losses. So far Michigan has just been very inconsistent. Also smu and Xavier are very good. This roster just needs to get it together and play well for a stretch. We aren’t living up to our potential. The talent is there to do big things.

I think you’re trying to build a strawman right now. I don’t think anybody was stating Michigan hasn’t beaten a tourney level team. It was the perspective teams like Xavier/SMU/UConn seem to be at a level above the likes of Texas/NC State. Ironically Texas/UConn play later this month. If Texas beats UConn does that make Michigan’s resume better or does it hurt because UConn lost and Michigan lost to them?

I think you’re trying to build a strawman right now. I don’t think anybody was stating Michigan hasn’t beaten a tourney level team. It was the perspective teams like Xavier/SMU/UConn seem to be at a level above the likes of Texas/NC State. Ironically Texas/UConn play later this month. If Texas beats UConn does that make Michigan’s resume better or does it hurt because UConn lost and Michigan lost to them?

Um, it was literally said. Source:

This is a good team

It’s nice to get 3 wins in a row. Saying this team is good is every bit an overreaction as when I said they were bad.

We beat arguably the worst team in D1 in Charlotte. We beat a Texas team bound for the NIT and we beat NC State who probably won’t play in a post season this year.

Now you understand why some of us complained

Charolett is one of the worst D1 basketball teams. Texas is not a tournament team. I’m glad we got 2 wins. I’m glad Wagner is getting more minutes. We still have a long way to go.

Oh, for sure. Good wins carry more weight than bad losses and losing to UConn isn’t a bad loss resume wise. It’s important to remember that margin of victory isn’t factored into RPI or Strength of Schedule and those are two of the biggest factors the committee uses for seeding.

Yes, great win for TX but they have to stay good (in a deep Big 12) for it to really help Michigan’s resume.

Don’t know the answer to that, but UConn just crushed OSU. OSU looks headed for a down year, although they are young.

Do you realize that it wasn’t a strawman and in fact literally said? I figure you would have apologized for the mistake before moving on to new threads.

No I choose to ignore those who try and throw stuff back in peoples face and go hunting for past posts. Begging for an apology on an internet message board? Would that make you feel better?

I’m simply pointing out that Texas is looking like they will be an NCAA Tournament team. You obviously don’t choose to ignore what you call “throwing stuff back in peoples face” because you replied in this thread saying that I made that statement up. I then simply showed you that the statements were, in fact, made. So no, there was no strawman. Thanks for playing.

Also, I find nothing wrong with holding people accountable for saying silly things like “UT-Arlington and Louisiana Tech are both better basketball teams than Michigan”.

People have opinions I am not sold on Texas or Michigan being a tourney team at this time. I do know Texas beat UNC helps Texas more than it helps Michigan.

A lot of comments come with frustration with the way the team has played. I am happy this board has such a level headed guy like yourself who has never said anything in the moment of frustration. I hope in the future a lot of us can use you as an example of what a great poster should be.

Just because something was said out of frustration doesn’t mean it is free from being called out as silly.

And maybe you aren’t sold on Texas being a tournament team, but if the season ended today Texas would most certainly be in the Tournament. Maybe they collapse down the stretch, but as of now they most certainly aren’t “a Texas team bound for the NIT”.

Regardless, there was no strawman involved. Someone literally said those things. Do you understand what a strawman is? 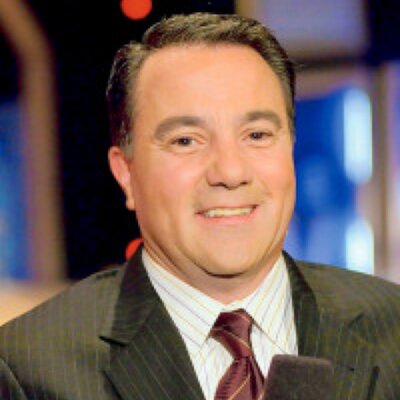 I don’t know what is worse:

B) Saying LA-Tech and UT-Arlington were better than Michigan pre-LeVert injury.

I would say A is worse. Smart should be coach of the year in that conference. Loses his best player and turns his team into a contender. Being a Michigan fan, I didn’t know that was possible.

Hail, Should I bring back your “and they said JB should recruit like Thad Matta” thread? Haha man, we had some doozies 2 months ago.