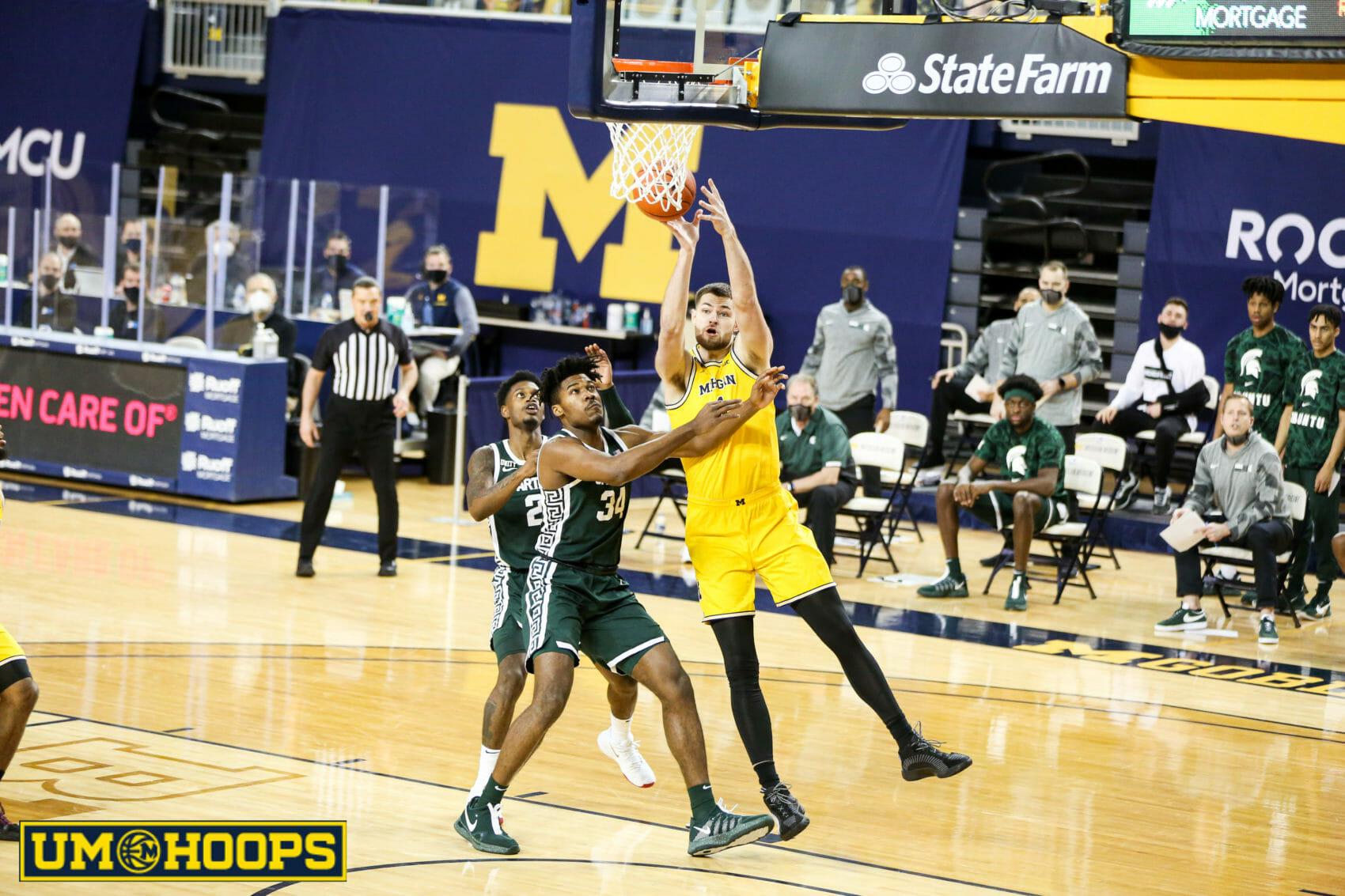 Really gotta beat Rutgers to get some positive juice back. This is the least excited I’ve been for an MSU game in years. It’s more a feeling of dread as the game approaches

I thought we were done with the days where Sparty could roll in to Ann Arbor and have a dunk line for the last five minutes of a game, but that’s exactly what I’m afraid of. 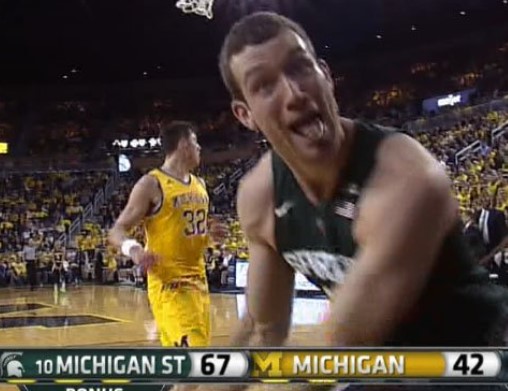 Haven’t really looked at the MSU game much, but despite Michigan’s struggles, I’m not really sure there’s a similar talent gap. That pic is the Trice game, right? Michigan started Spike, MAAR, Aubrey, Irvin and Doyle in that game.

What’s the early kenpom line in that game? Depending on what happens tomorrow night, it feels like a must win spot. Am I the only one who thinks we win that game?!?

Michigan 71, MSU 69. I imagine the Vegas line will be around a pick em.

I think we can win but we have to play better than we have. The talent is there but it’s unnerving watching us play fundamentally unsound basketball lots of turnovers defensive breakdowns etc when that’s supposed to be a strength of ours. Feeling much better about Houstan’s 3 point shooting than beginning of the season and I think if either of Williams and John’s steps up we’ll win but could be a big if with how inconsistent they are. Also don’t know who’s our point guard, Jones and Collins both seem streaky, one game either can look good, the next game we have to put Brooks at the 1.

Just feels like we have very little time to get it together before we end up on the wrong side of the bubble. The conference is very competitive and lots of good teams will be happy to pounce on us in conference play if we continue to be unsure of our identity as a basketball team.

Going to be a tumultuous week.

Idk seems trappy (for Michigan State). One team playing well, one team desperate that seems to have nothing figured out. The classic surprise victory coming Michigan’s way?

Someone leaving the team?

Edit - ok, that was a leap. But I agree, tumultuous sounds ominous.

Something is happening. Injury or COVID related it seems per Dot