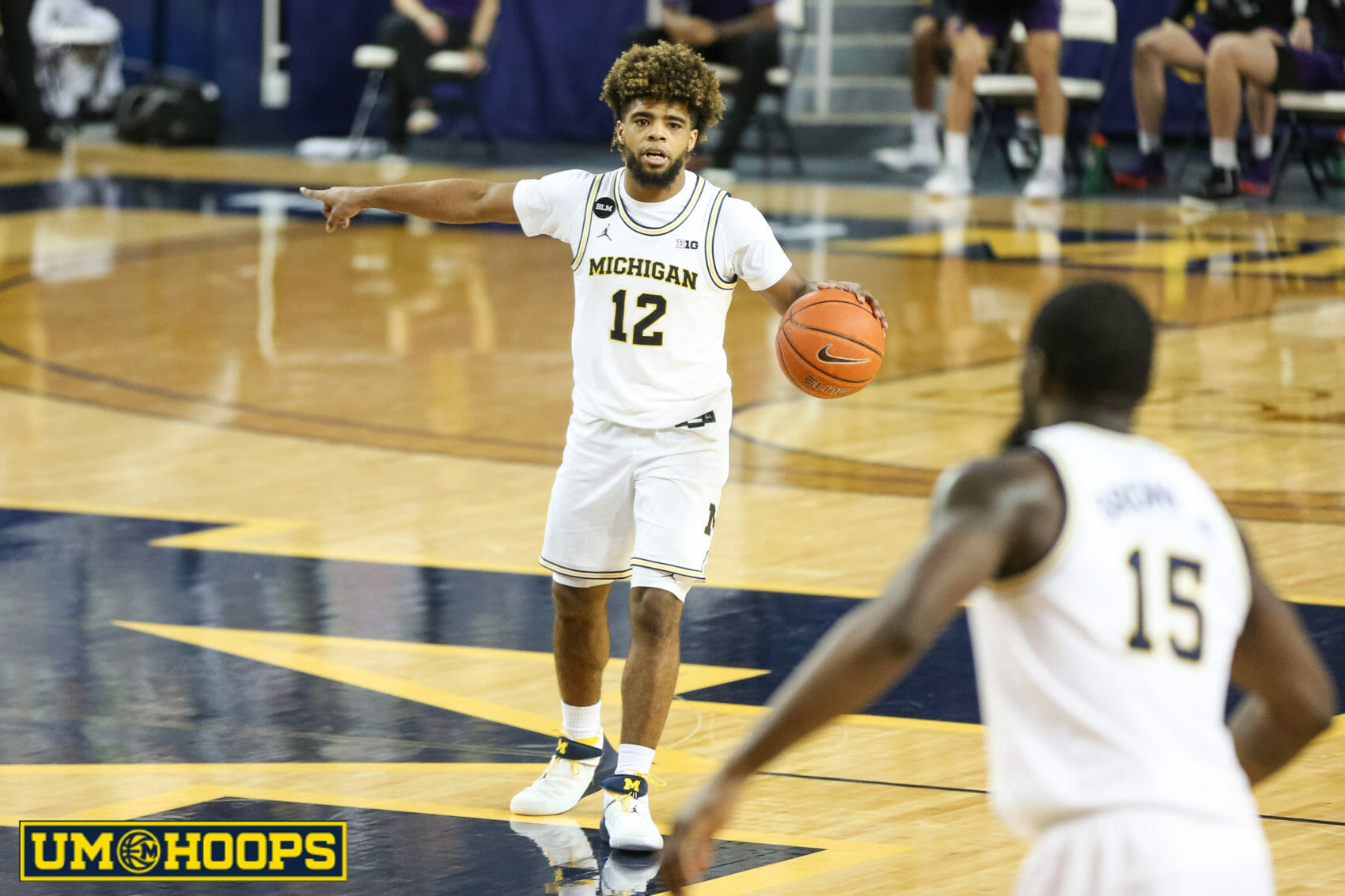 Michigan remained perfect with its best performance of the season in a blowout win over Northwestern on Sunday. Michigan State picked up a needed win at Nebraska and introduced AJ Hoggard into the starting lineup. Brendan and Dylan recap the week...

How sure are we that one or more of Maryland, NW and Penn State won’t make the tournament? Likewise, one of the MAC teams we’ve beaten can easily win their conference.

Everyone keeps pointing to our back end weighted schedule (and I don’t disagree that we’ve been somewhat fortunate, thus far) but how many of those games will we be underdogs in? With the exception of Wisco - our tough games are at home and the road games seem very winnable (Indiana, Ohio State, Mich State).

I’m sorry that I seem to be hitting on the negative here more often than I’d like - on a positive note, last night was flat out joyous basketball, insanely fun - but on a brief watch, I thought Hoggard was an unimpressive athlete. If he’s their answer, I think they may be truly boned.

How sure are we that one or more of Maryland, NW and Penn State won’t make the tournament? Likewise, one of the MAC teams we’ve beaten can easily win their conference.

One might but I don’t really think it is likely right now. Certainly none of them are locks. And I should have specified at large tourney team… winning the MAC is different.

That’s a tough one for me. Each of those teams individually I would say have a less than 50% chance of getting in. Pretty solidly less than 50%, in fact. But I’m not sure the odds of all three missing it are less than 50%. The overall records aren’t going to be pretty, but if Maryland goes .500 in the Big Ten (projected to go 9-11 per kenpom) do they get in for going .500 in the toughest conference? Not sure, I guess it depends who the wins are.

Looking at the records, schedules, nonconference games, etc. I actually tend to agree that the most likely outcome is that none of these teams make the tourney. Penn State probably has the best chance simply due to having 2 somewhat decent nonconference wins, but they’ve dug themselves quite a hole.

I wish I’d taken the time to post it then because I actively thought it - I was thrilled with the timing of the pre-Christmas break. It just seemed like a perfect opportunity for some head clearing and to work on things that got highlighted during some stretches of poor play in the early games. I know it means we’re going to face some grueling scheduling but it was still a real boon.

I’m just not sure who is even considered a “lock” this early in the season. I guess Wisco, Illinois, Iowa but have any of them beat anybody good?

Hopefully we’ll take care of Minnesota (I am super excited for that game) but I fear our initial take will be “is Minnesota even good?”

They’ll be the best combination of athleticism and size we’ve faced by a good bit, I’d say.

IMO Hoggard has fixed them completely. They will now go on a 16-game winning streak. Book it

I’m just not sure who is even considered a “lock” this early in the season. I guess Wisco, Illinois, Iowa but have any of them beat anybody good?

Those are definitely the three best non-UM teams in my opinion. Michigan hasn’t played any of them and only plays Iowa and Illinois once.

I think the next tier is Rutgers, OSU, Minnesota but things get messy in a hurry

Per team mentality I thought Dylan’s comment about Juwan dialing up the backdoor lob to Chaundee immediately after the technical foul was a great point.

He’d likely decline to answer, but I’d love to see someone ask Juwan how he’d compare NBA and college officiating.

I think the NBA might fine him if he did

Dunno, he seems none too enamored of the college product.