Figured it would make sense to start a thread about teams that Michigan will play in the no-conference… Marquette, SMU/Pitt, Texas, South Carolina, UCLA, Virginia Tech, etc.

Feel free to add to the mix.

Here’s a Texas preview to start us off. 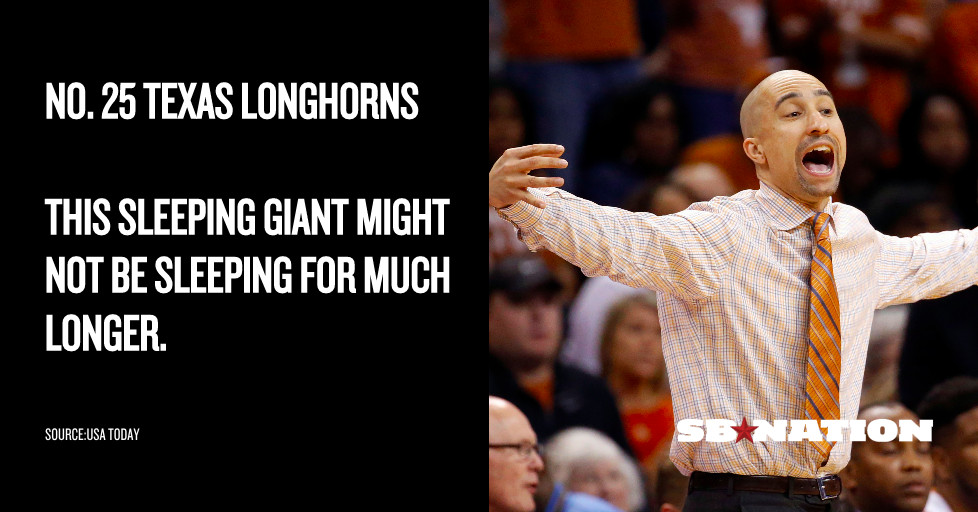 No. 25 Texas is just getting started

The Longhorns are the No. 25 team in our college basketball countdown.

And Virginia Tech for good measure 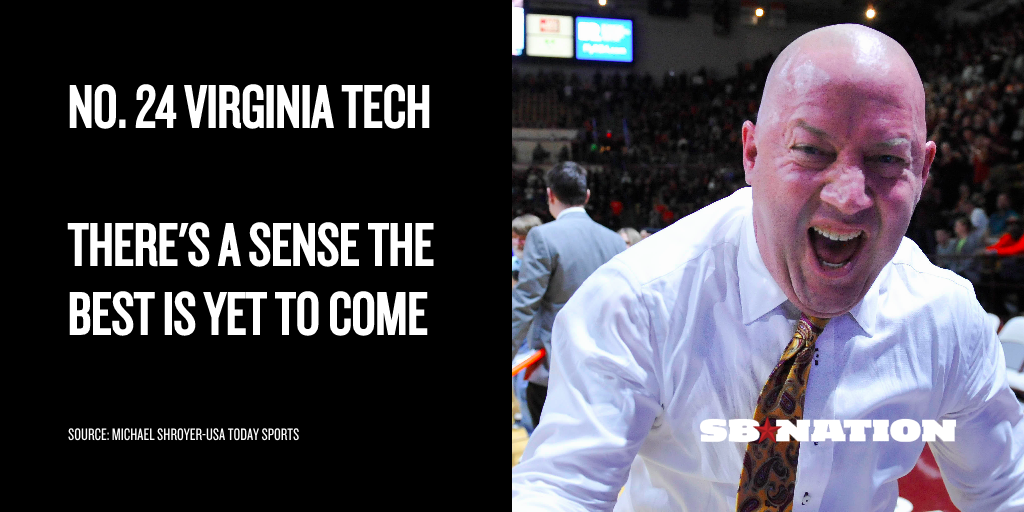 The Hokies are the No. 24 team in our preseason countdown.

SBN high on both teams’ athleticism. 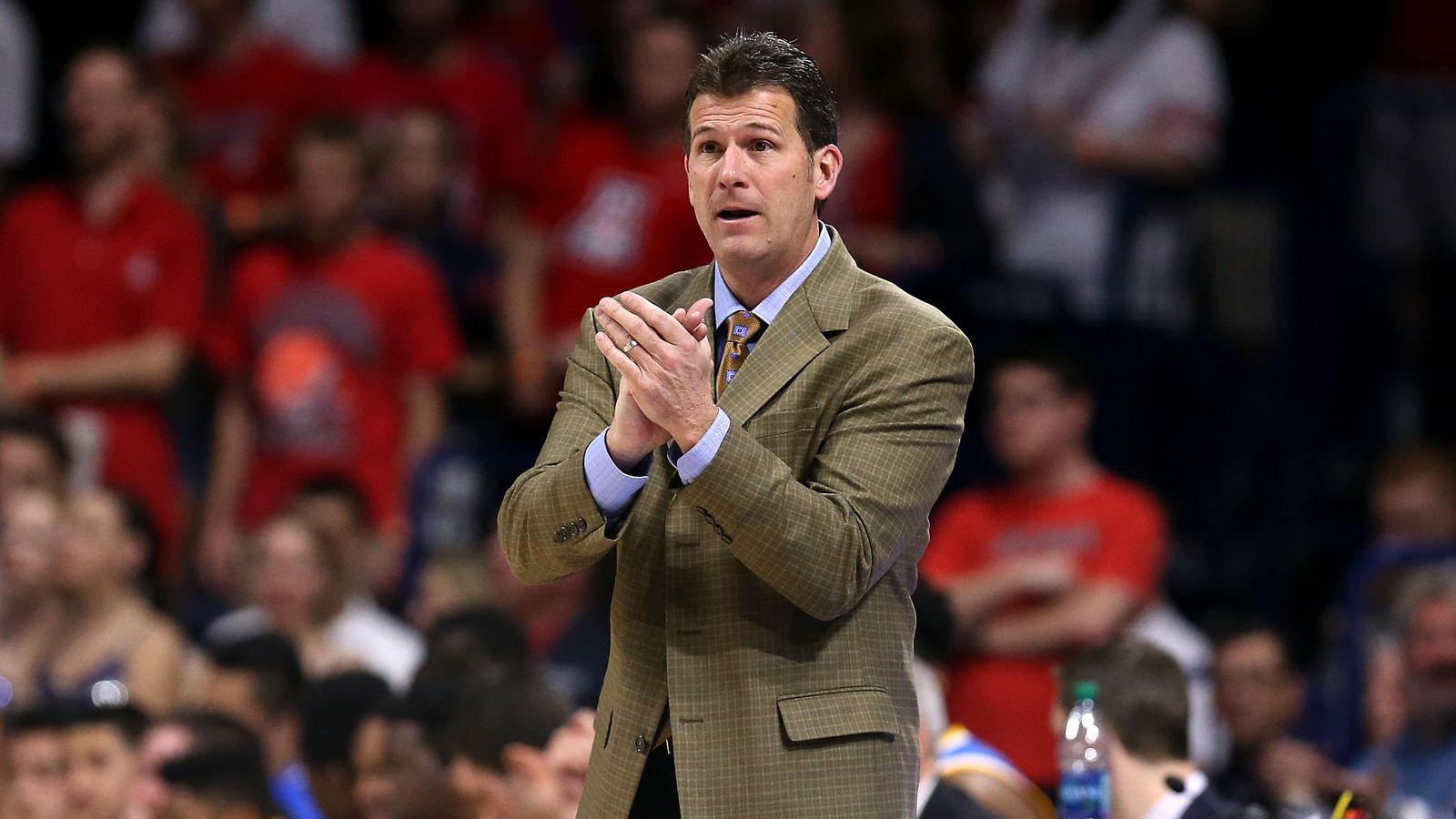 The Lonzo Ball era is here for No. 18 UCLA

The Bruins check in at No. 18 in our preseason countdown.

This looks like the most loaded roster on a UCLA squad since Ben Howland was going to Final Fours. Isaac Hamilton is on my short list for super-breakout players. Lonzo Ball is a very good freshman point guard, and he’ll be teamed up with Bryce Alford, who’s been more valuable than people realize over the past two seasons. The Bruins have another fab frosh in T.J. Leaf, and that’s not even accounting for a bump in volume from Thomas Welsh. A complete script-flip for Uckluh this year, as last season’s 15-17 campaign is a distant memory.

We’re aggressively picking Texas higher than most. Wait until you see how good Jarrett Allen is right out of the gate. He’ll be critical to Texas’ chances at contending for second in the Big 12. Kerwin Roach, Jr. should take a big hop in his sophomore year, and Tevin Mack is almost certainly going to have a huge sophomore season. This is a projection on how we think the sport shakes out, so while Texas won’t be a top-20 team in November, by the time Shaka molds these guys in February, we think UT will be contending for a No. 4/5 seed.

I’ m a little lower on Va. Tech than most, but a bump should absolutely be coming in Buzz Williams’ third season. Zach LeDay is the team’s best overall player, and Seth Allen will be reliable at the point. Chris Clarke will have a breakout season. I doubt this team loses more than two games at home.

The Golden Eagles need to replace one of the best players in the country, Henry Ellenson, but this is not a roster void of talent. Marquette’s a good on-ball defensive team, and Duane Wilson, JaJuan Johnson, Traci Carter are all back. Luke Fischer is set up to be the team’s best overall player.

The Golden Eagles need to replace one of the best players in the country, Henry Ellenson, but this is not a roster void of talent. Marquette’s a good on-ball defensive team, and Duane Wilson, JaJuan Johnson, Traci Carter are all back. Luke Fischer is set up to be the team’s best overall player.

The penultimate undefeated team in college hoops last season (SMU lasted longest) did not make the NCAAs. Sindarius Thornwell and P.J. Dozier will carry a big load for a 'Cocks team that must learn how to distribute to the post and score in the mid-range. 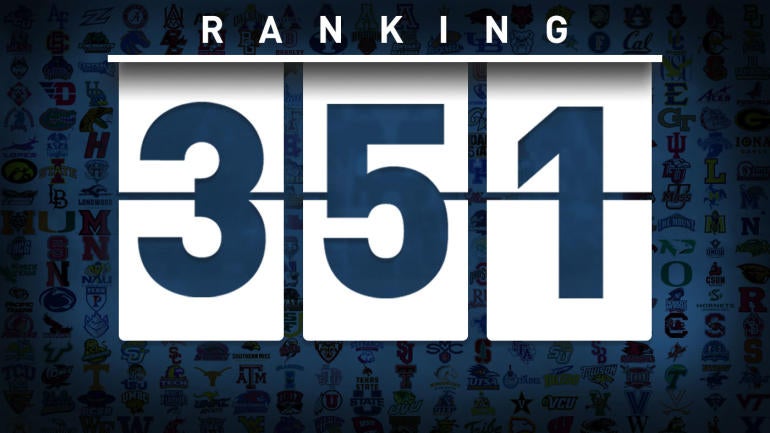 UCLA and Texas really appear to be the 2 marquee games before Christmas. A win vs one of those will be important come selection Sunday.

Why the hell are we playing 300+ ranked teams. I don’t understand.

Why the hell are we playing 300+ ranked teams. I don’t understand.

Don’t think you’ll find many high-major teams that don’t play a few. Just the economics of making a schedule.

You’re right. It’s just annoying to me. I don’t feel it helps the team a whole lot.

I agree. It’s one of the aspects of Beilein’s tenure I do not understand.

I know some of it is intentional, to have game experiences that more closely resemble a controlled practice session. Or to play teams that run systems similar to what Michigan will face later in the season.

And some of it can be luck; for a low major team a few injuries or a few close games could be the difference between an RPI in the 250range vs an RPI in the 300range.

But there are ways to reduce the odds of multiple 250+ and 300+ RPI teams on the schedule and there are ways to better “game” the Strength of Schedule component of computer rankings, but Beilein doesn’t seem interested in doing that.