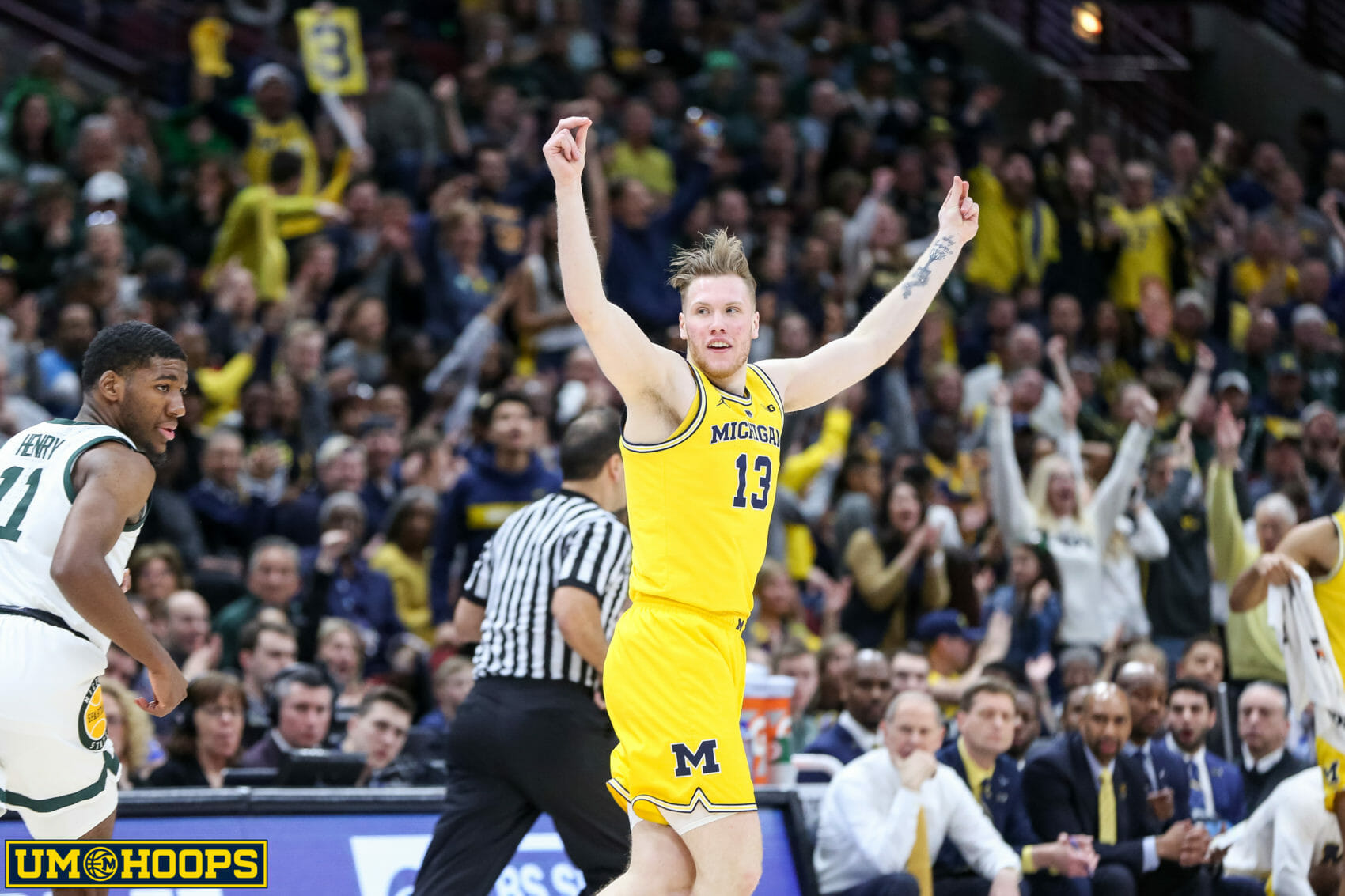 The New York Knicks selected Michigan freshman forward Ignas Brazdeikis with the 47th pick in the 2019 NBA draft this evening at the Barclays Center in Brooklyn. Brazdeikis was the 11th Wolverine under John Beilein to be drafted in the NBA and the...

Iggy and RJ could be a really good thing for Iggy

Congrats to @_iggy_braz on being drafted by NY The Knicks are going to love that young man. He is a winner in every way. Thanks Ignas for all you did for @umichbball this past year #Goblue
4 Likes
Voltron_Blue June 21, 2019, 4:21am #5

New York (the city and media market) is a good fit. Congrats, Iggy!

Congrats Iggy. You were right all along. Now you and your Canadian buddy RJ Barrett will be teammates again.

If you told me coach b and the Cavs were going to draft a white sf who was a lefty, wouldn’t you have been certain it was iggy?

Not bad. Not bad at all.

Good place for Iggy. Knicks really want him by trading up.

What a great place to start and the Knicks will be bad so I expect some early PT for Iggy. Will probably back-up Kevin Knox but I have no idea what the Knicks are doing on offense. They had very little continuity last year.

Nobody knows what is Knicks plan now given that Durant is out. I doubt that anyone expect them to win next season, may just use the year to develop their young players.

Agreed, they will be bad again, get another lottery and gain more cap space for next year. The timing of the Durant injury could work out for the best. They will be cautious with KD, can’t spend MAX contract with no return.

Iggy and the bright lights of Madison Square… seems like a good fit. Nice that he ends up with Barrett as well.

Sort of awkward given that Iggy has said he wants to play with Lithuania and Barrett’s dad runs Canada basketball, right?

Would he make Canada’s team? Canada has had some really good players come through the last 5 years or so.

Why does it have to be awkward? they’re just both being patriotic. The easy option for Barrett Sr. is “don’t be petty”.