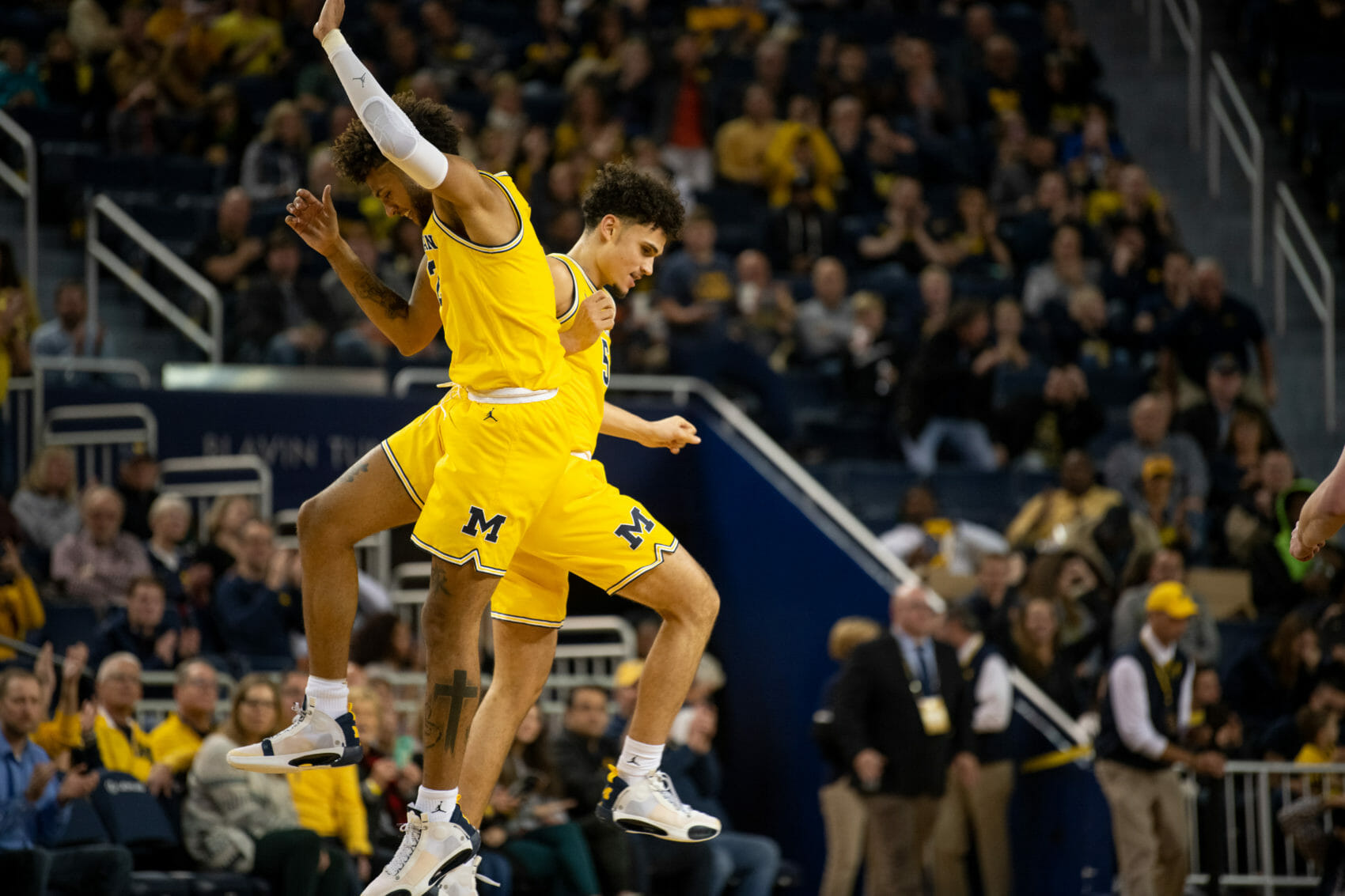 Michigan and Louisville tip at 7:30 p.m. tonight (ESPN) at the KFC Yum! Center in downtown Louisville. The Wolverines are 4.5-point underdogs but will be looking to build off of their momentum from the Bahamas last week. Read all of our pre-game...

According to KenPom, Ayers is one of the most foul averse refs in the country (link, granted this is 5 years old now) and also consistently one of the best (link, although the methodology here is flawed since it’s based off of which refs get assigned the best games as the measure of best.)

All three guys are consistently top 10, top 15 refs per @kenpomeroy's numbers which are based on volume and game strength. twitter.com/umhoops/status…

Want this win so bad. You don’t get many chances to play for the #1 ranking unless you have MSU or ACC bias on your side

I feel pretty confident we will win. We didn’t just play better against UNC or Gonzaga, we genuinely looked more talented too. Probably getting a bit ahead of myself but we are playing with house money anyway. Best not to get disappointed if things don’t swing our way.

Yeah I agree and if X and Jon don’t get 2 fouls in the first half would be great too.

This makes no sense. We don’t get many chances to play for #1 because we aren’t usually a Top 5 program.

This would be a good game to lose in a tight one. Got a lot of confidence from the Bahamas. A loss here would let the fellas know that they have what it takes to compete with anyone but they need to keep perfecting their craft.

I mean, Michigan has had two teams go on very extended win streaks to start their seasons and have had trouble getting that #1 spot. It took 20-1 for Michigan to finally get a chance at #1 (despite going 16-0 to start the year) in 2012-13 and the 17-0 Michigan team last year that destroyed ranked teams in Nova, UNC, Purdue and Indiana never got the #1 spot.

Technically, but it makes me happy

Dayton is down 9 early at home to…Houston Baptist. They’ll probably win easy but that’s an interesting start to that game.

No change to the starting lineup

Obviously pulling for Michigan but at the end of the day, I would take this loss if it meant Michigan could beat Iowa and Illinois on the road. Of course, winning all three would be nice!