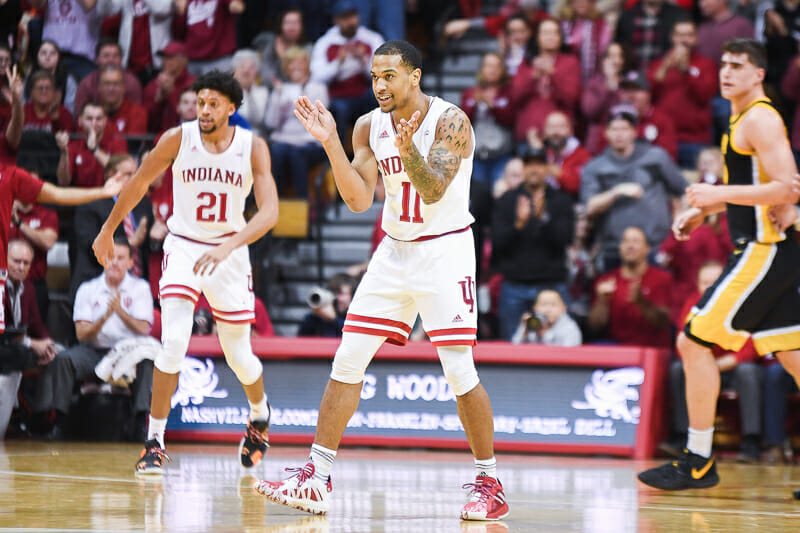 Michigan hosts Indiana on Sunday afternoon (1 p.m., CBS) with a chance to even its conference record at .500. The Hoosiers arrive in Ann Arbor after a shootout victory over Iowa on Thursday night that snapped a four-game losing streak. Indiana has...

The Wagner/Smith matchup really is critical. If Franz holds his own, then Juwan can rotate his bigs as he pleases. If not, I could see Juwan having to slide Livers to the 3…and then we see a lot of Johns and Austin (not necessarily bad, but it ruins the best mismatch at the 4 as you noted).

Nice write up Dylan. So it looks like how the refs decide to call this game will be critical to the outcome. If they have happy whistles, especially in 1H, this may play to IU’s favor and create a nasty game thread. If they “let em’ play” like our Buckeye home game (hopefully not quite that slack), then it should wind up in our favor.

I think Johns still gives you that mismatch to an extent. He’s shooting 44+% from 3 in conference play. He may not have as polished of a game as Livers, but I think they do some things very similarly. Johns has shown the ability to shoot, rebound, and put the ball on the floor. He and Livers have around the same ceiling IMO, but Livers is just further along in his progression.

What’s the over under on Franz steals/intercepted passes/deflections in this one? I’d be confident with 4