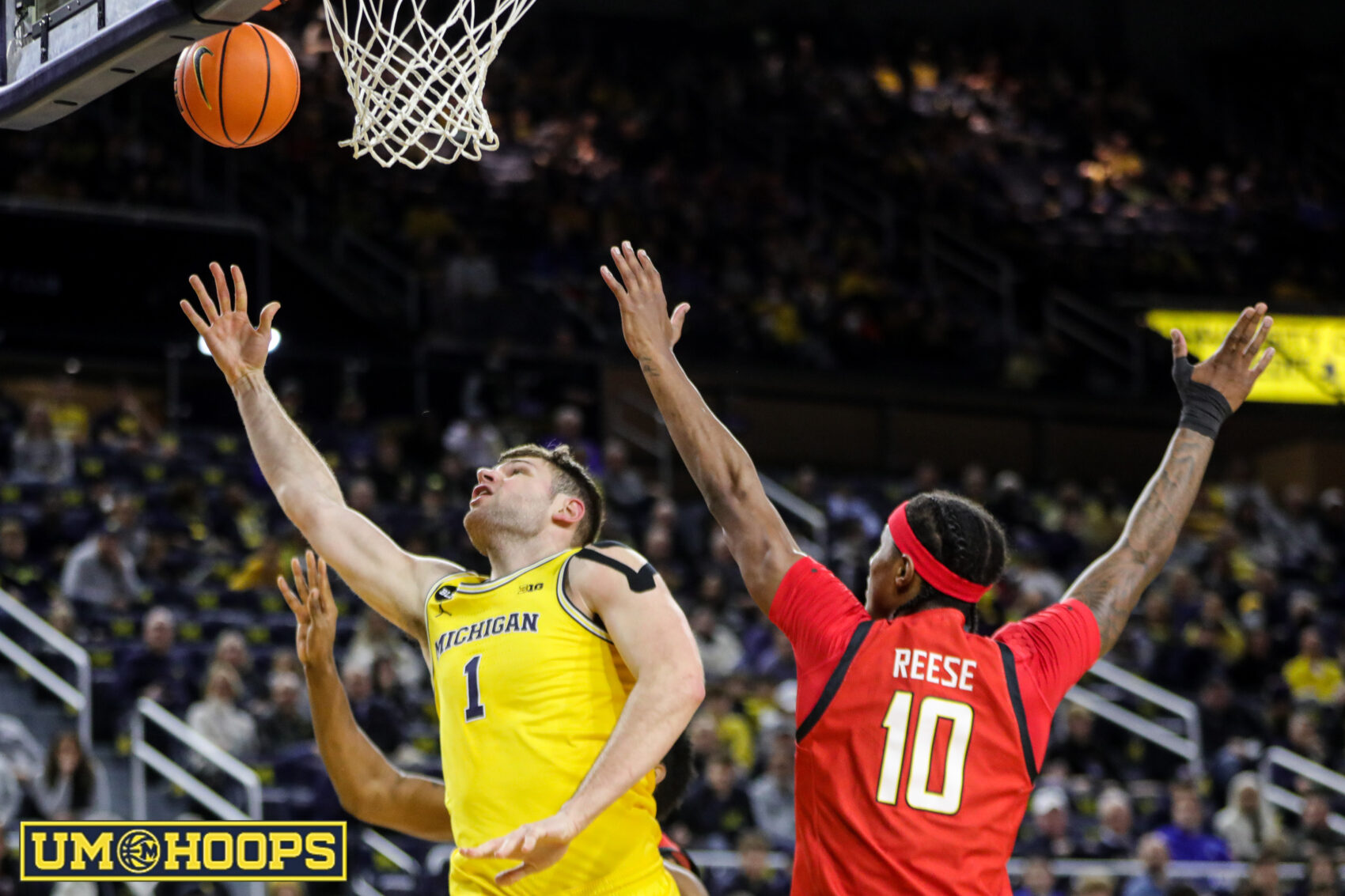 Michigan heads to College Park tonight (7:00 p.m., ESPN) to face Maryland. The Terps have lost six of eight games but are still projected to finish .500 in the league, according to KenPom. Five of those six defeats were away from home, including an...

Feels like such a crucial spot for Michigan here. Winning this game would really cement the idea that Michigan is playing better, provide a key road win and set up a really important stretch.

It’s not a “must win” because the PSU and Northwestern home games are similar situations but it would change the narrative around Michigan’s season a bit if they can win tonight.

Here are the 21-day rolling Torvik graphs for Michigan and Maryland. 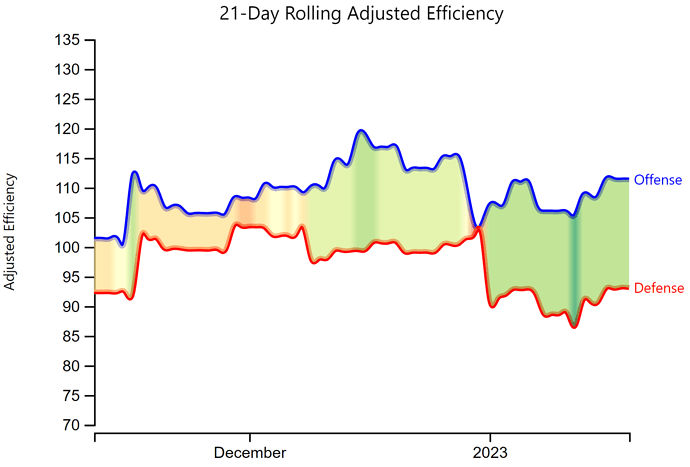 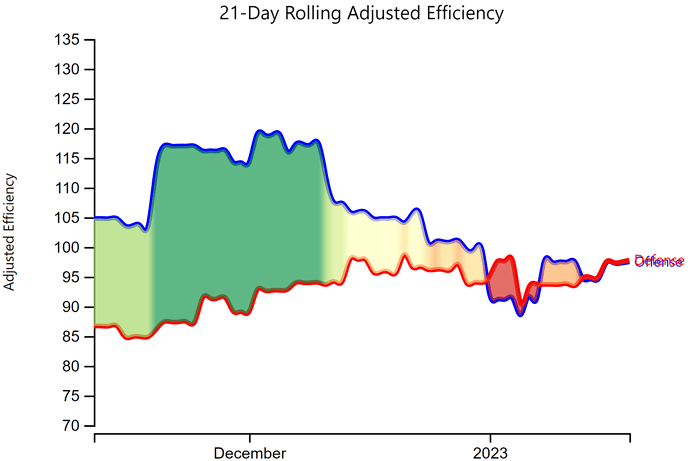 I believe Michigan hasn’t lost to Maryland since Dickinson has been on the team right? Hope that streak continues. Any murmurs of COVID impacts? The NW game cancellation has me a little concerned, given we just played them

I cannot believe this is still a thing in 2023

This goes without saying, but I think coming up with a solid win tonight starts to actually give us all hope that the efficiency numbers and improved play the past few weeks may be real and the bubble is in play. While none of the middling B10 teams scare you on their own, Michigan doesn’t scare you either. But moving to 5-2 (should have been 6-1…stupid Iowa) with solid advanced stats and a roster that should be improving at the 1-2-3 positions every game? Dylan will get more traffic here.

I am encouraged that Kobe and Jett (not to mention Dug and Baker) were quiet in the last matchup and have been playing pretty well lately outside of Breslin. Assuming Hunter doesn’t go nuts again (though he might) we should be able to offset some of that with even decent showings by them.

Anybody else going to be in CP tonight?

Can you explain the big changes around the turn of the year? Unless your 21 day average has some recency bias built in, I would assume those changes reflect games that games roll out of the 21 day average at about that time, so about Dec 10. That period was apparently the nadir of efficiency, but I don’t see anything in the Kentucky, Minnesota and Lipscomb games that really jumps out. I guess the other possibility is that the earlier UMD game is driving changes, but that’s a big impact for one game!

Hah, right. I had mentally inverted the scale and I forgot the decline on offense was bad! Yes, CMU jumps out as bad offense!

I believe Michigan hasn’t lost to Maryland since Dickinson has been on the team right? Hope that streak continues.

@umichbball
Shootin’ around at the Spring Break Capital of the Northeast 📸 @JonRothstein https://t.co/HGu2fQpnBP 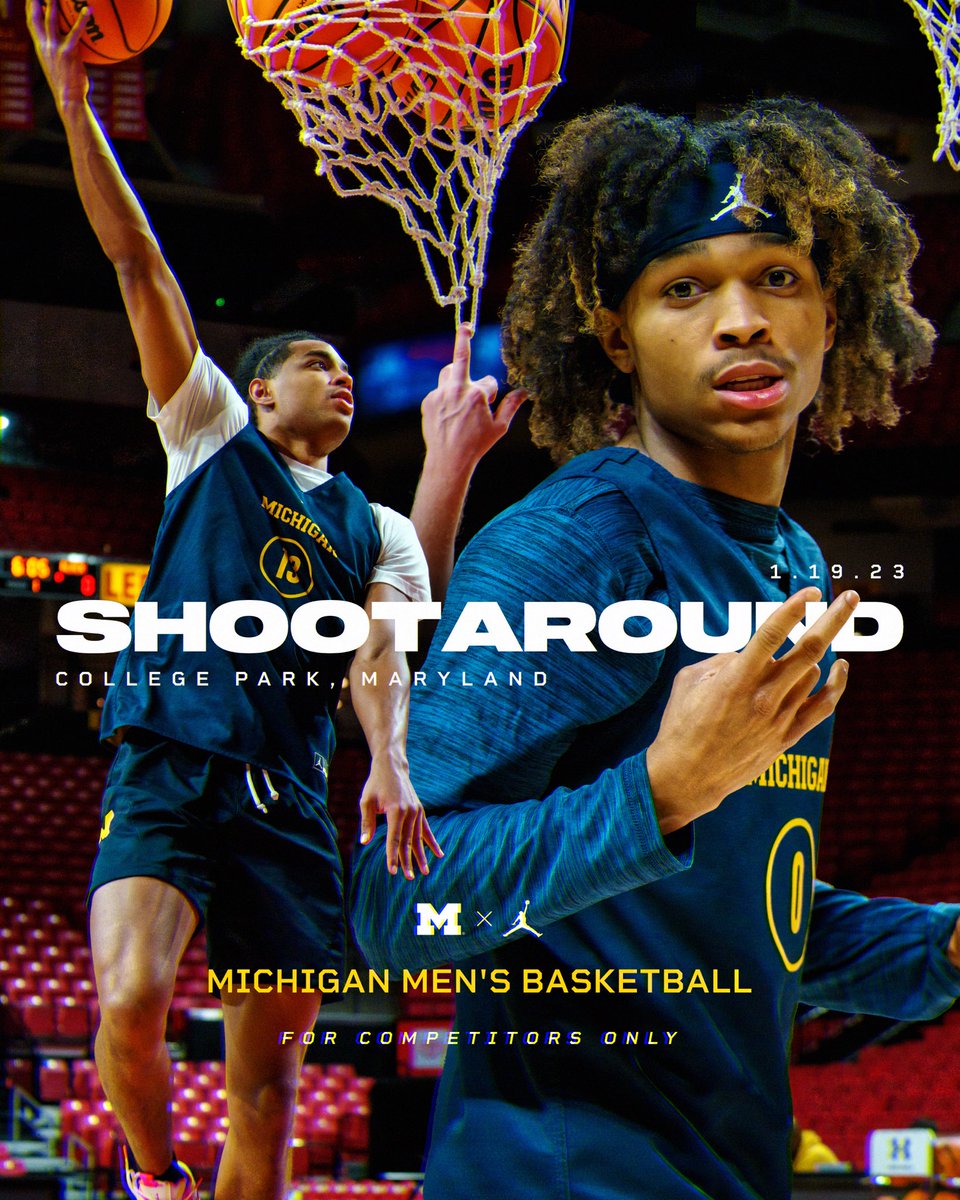 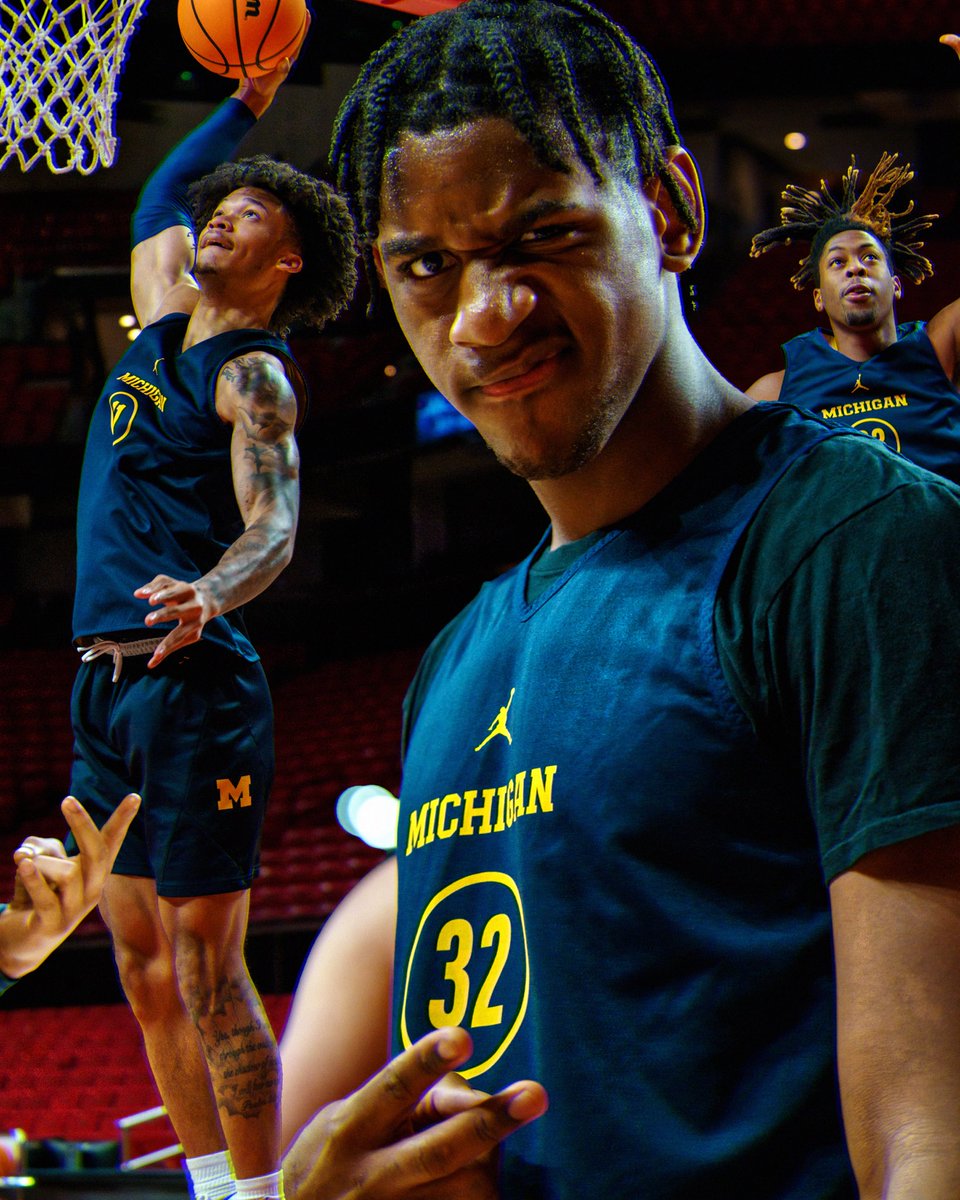 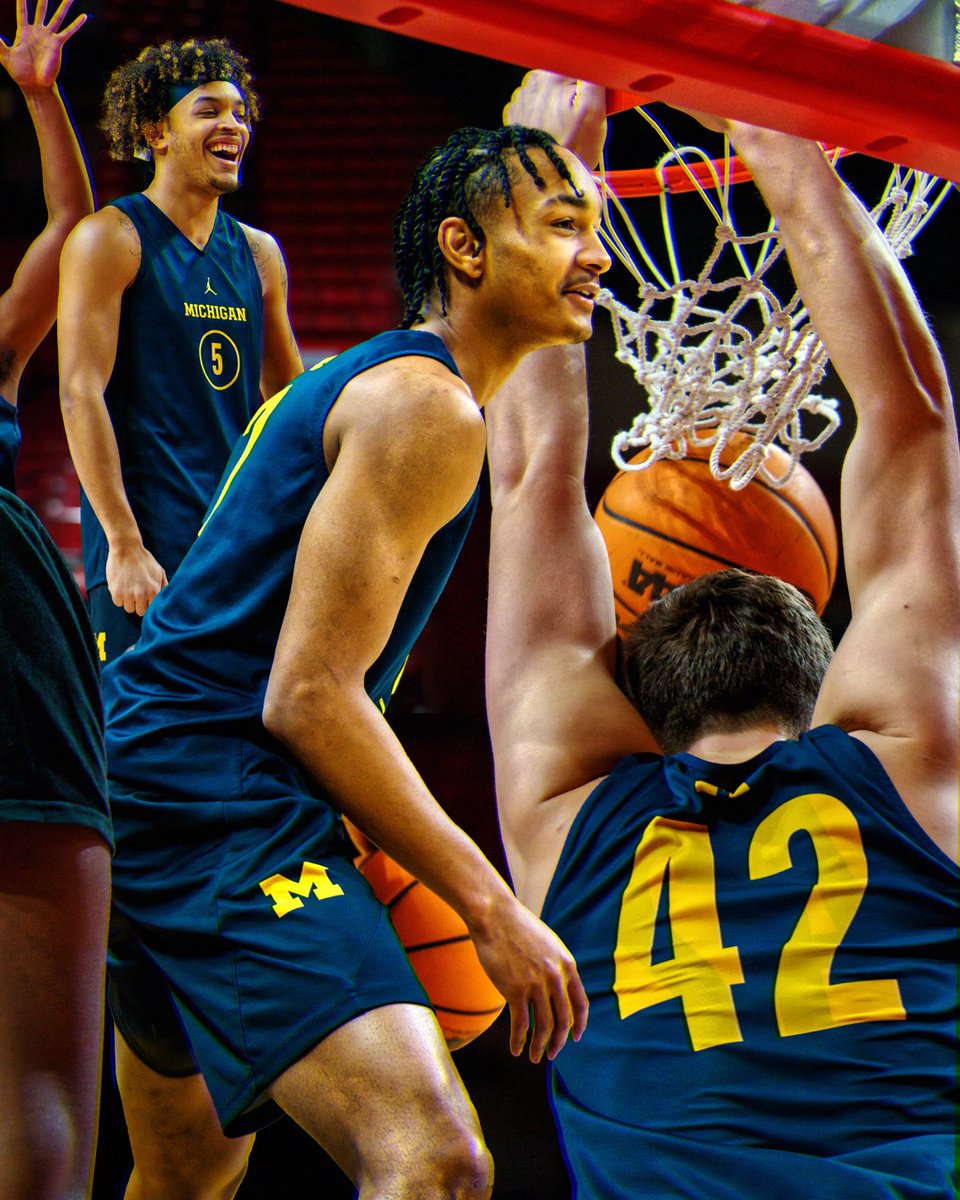 Spring Break Capital of the Northeast?

Anybody want to explain that one to me, or do I have to look it up?

If Michigan loses tonight it’s because @umhoops blatantly disrespected the Maryland program and all it stands for.

I go to Maryland so will be there!

Also @umhoops Willard did recently say in a presser that Scott is under the weather and they “are not going to play him at the five” so interesting to see if he goes to him there.

I did see he’s under the weather. I have no idea who they will play at the five if Reese and CSR are in foul trouble.

Ya I mean idk either lol. I really think the lineup thats been effective for us is Long+Young in the backcourt. Problem is those are the only two ball handlers we have. 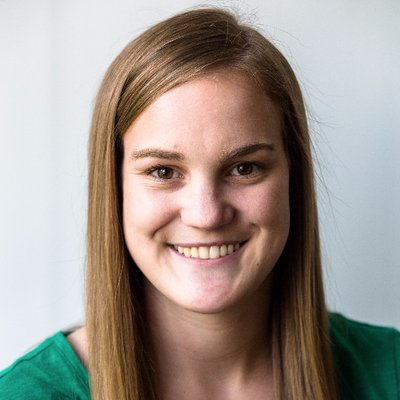 @EmilyGiam
Patrick Emilien participated fully in the first bit of practice. Seems to be a bit more optimistic than Willard's comments.

@EmilyGiam
Optimistic long-term, that is. I'm not sure we'd see a player participate the day after his coach says he doesn't think he'll play anytime soon. But he's at least not sitting on the bench with a boot during practice.
1 Like
next page →