What's taking UDM so long to hire a coach?

So other schools have already lost and hired a coach in the since McCallum was ousted at UDM. What the heck is taking them so long? Seems kinda dumb to move so slow with the recruiting season in full swing.

What’s the rush? Get it fast or get it right?

It will be announced next week.

Any guess if BA gets the job?

They anxiously pore over the posts here daily. Now that they’re aware of your need to have them act quickly, they are going to step things up.

I’m not sure if that’s a joke or a jab or what, but they’re missing out on the initial April evaluation period with recruiting so they’re the stupid ones. Being slow doesn’t mean you’re doing a good job. Other schools have both fired and hired in time since McCallum was canned and plenty of them seem to have done a fine job.

As a UM fan, I’m interested to know whether Bacari is leaving but could care less about the UDM coaching search otherwise.

Just ribbing you. I’m eager for news myself, but assume they are going through their process.

No matter whom Detroit Mercy athletic director Robert Vowels hires for the head job, Jackson figures to be on the staff.

Yep. That is exactly it.

Bacari to Detroit, per Jeff Goodman.

We ever play Detroit?

My question is has anyone interviewed and will JB name an assistant before the weekend or will we be shorthanded a staff member on the road recruiting?

I imagine we’ll hire at least one new assistant rather quickly. Chris Hunter can fill a recruiting role until a second assistant is hired.

I see JB hiring his soon. It could happen quickly and the connection is obvious.

When is this going to be official? BA is on his classic tweet blitz right now tweeting all kinds of Michigan stuff

I heard at 11. It is probably one final Michigan thing he is doing. 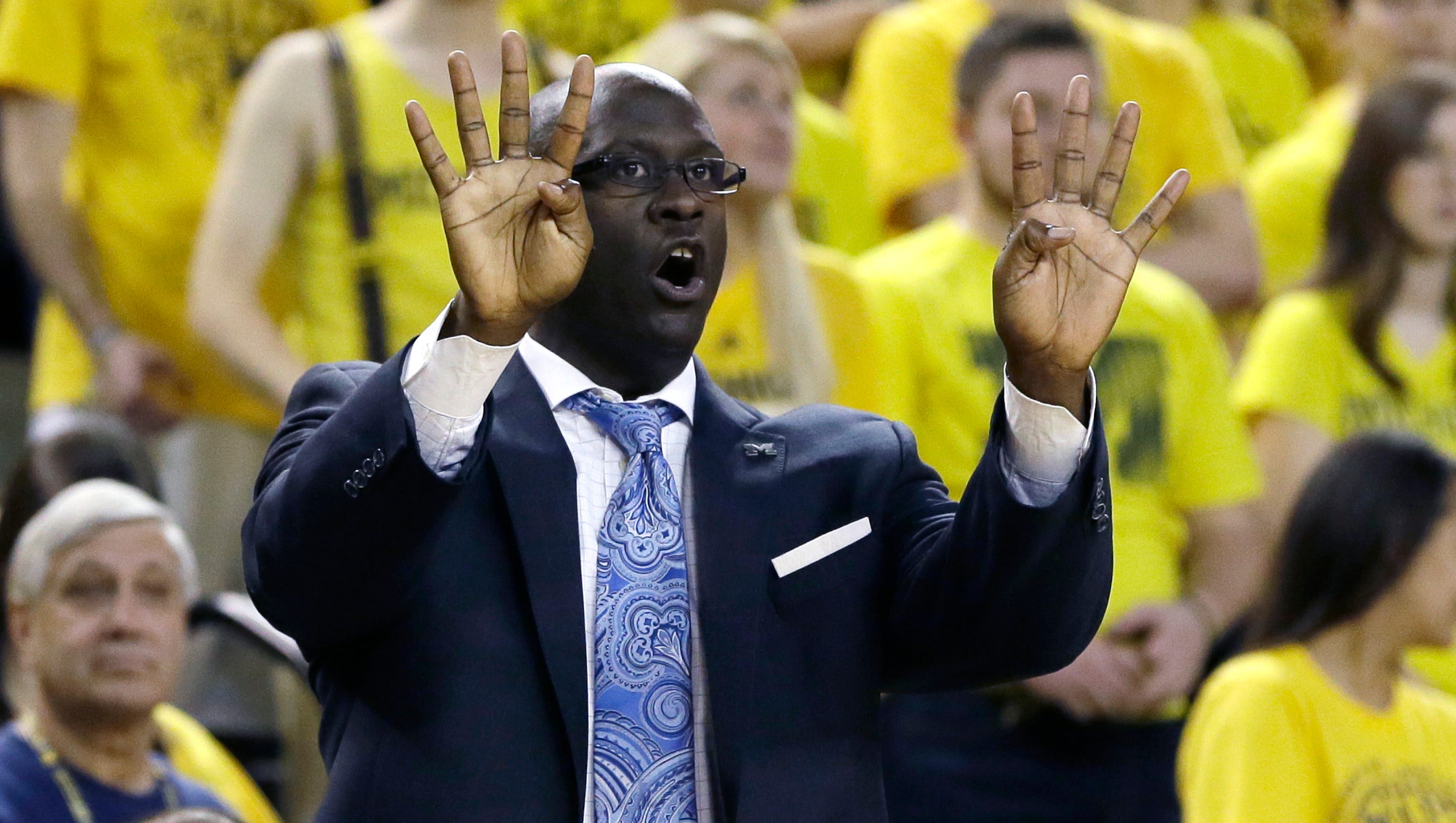 Detroit Mercy has its next basketball coach. And he's a familiar face.