What we learned from non-conference play 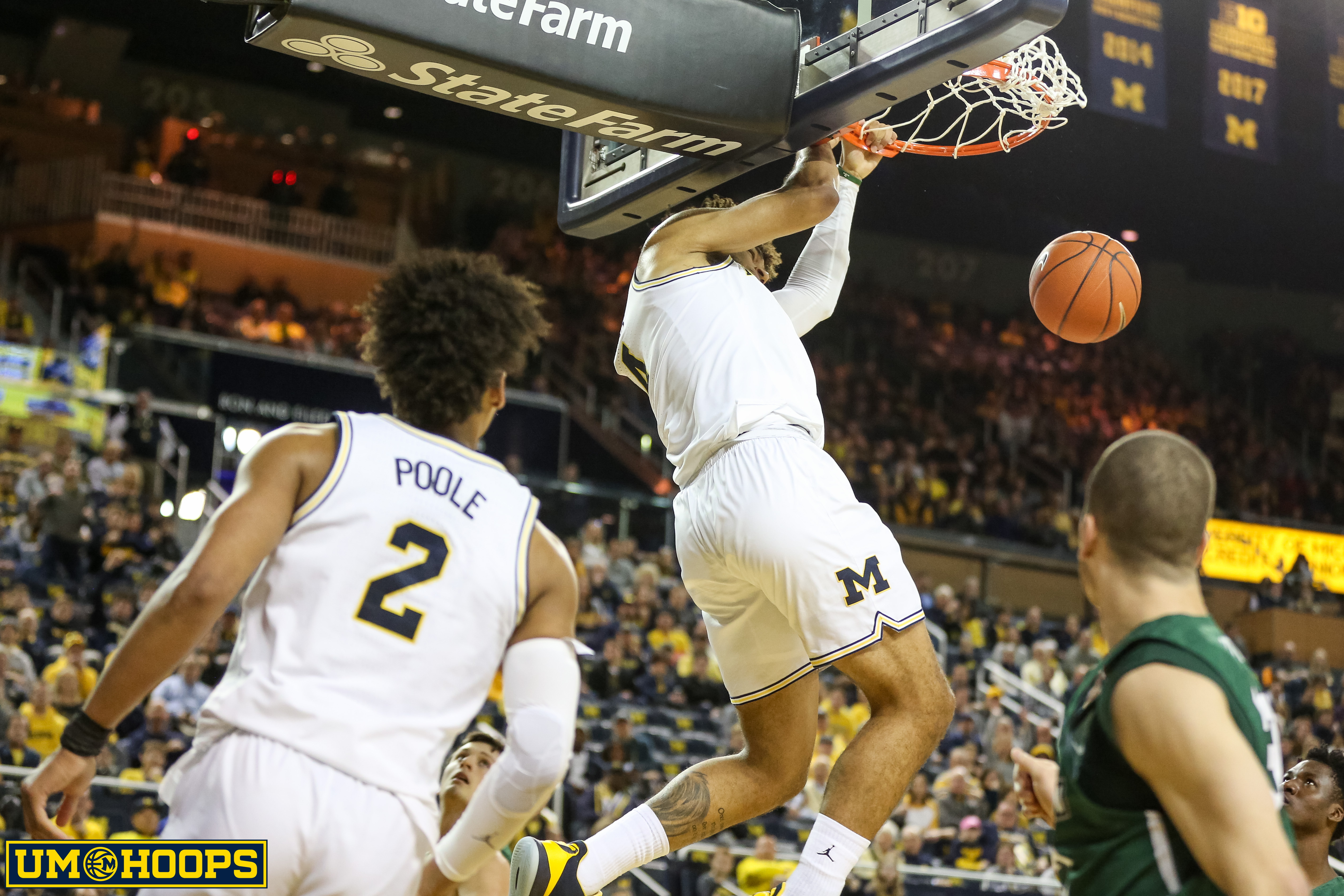 What we learned from non-conference play | UM Hoops.com

Michigan is perfect through 13 games and non-conference play is finally in the books. Big Ten play resumes this week, but first we take a look back at what we learned about the Wolverines through the first two months of the season. 1. Michigan is...

I think your last paragraph points out the most important, and possibly most disappointing, thing that we learned from the first two months of play. That despite being 13-0 and having a large average margin of victory, we were not able to identify or develop a reliable 8th man. Sad.

I wonder if we’ll see any more of the lineup with X, Brooks and Poole on the court at the same time, with Iggy at the 4, especially if Livers needs to play at the 5. Might be small but not sure how many teams would take advantage, and might be better than playing Davis or Johns in certain situations.

I wonder if we’ll see any more of the lineup with X, Brooks and Poole on the court at the same time, with Iggy at the 4, especially if Livers needs to play at the 5. Might be small but not sure how many teams would take advantage, and might be better than playing Davis or Johns in certain situations.

I think this is likely. Beilein also shouted out Eli’s defense once again today.

I too really liked this lineup and think the coaches did too. Especially in games Matthews and Big Jon are struggling.

I see Mathews playing to the level of competition, he seems to elevate his level of play when necessary. I do like Livers at the 5 if we are playing a smaller or quicker team. Teske brings the shot changing ability to opponents that no other player on the Michigan team seems to have, he had a great defensive night against the long North Carolina and blocked 5 shots. I thought Davis would grow into the timing it takes to change or block shots but he simply hasn’t enough playing time or talent to do so. What can anyone say about Poole except he is probably leaving for the NBA after this season if he continues to develop at this pace. Poole is night and day difference from last year on his timing of the long range shot and what’s good for the team (I know about the Houston shot and yes that was good for the team). Simpson seems to have an anger right now to himself and I think once conference starts that will be released in a good way. Brooks is filling in nicely but there is a little drop off in defence when he replaces Simpson. The one I have been surprised in is Castleton, I know it is just garbage minutes but that kid has surprising strength and reach for the boards, he has great footwork in what little I have seen. I am looking forward to the B1G season in full swing starting tonight and expect we will see a more aggressive team and I predict Michigan winning by 15 points or so. The only drawback I have is being undefeated that only adds pressure to be perfect on the players in my opinion.

Livers has done well at the 5, but how many Big Ten teams can he be effective against?
I am also impressed with Castleton. He has been very aggressive for a freshman big. That is unusual for a non-five star. He is going to be great for us.

Livers has done well at the 5, but how many Big Ten teams can he be effective against?

What Big Ten teams would Livers not be effective against?

I’m assuming we haven’t seen this because he isn’t ready for either yet, but with Johns trying to find a spot on the floor and both the 3 and the 5 being positions that Livers is needed as the backup, it’d be interesting to see how much better Johns plays at the 3 than the 5. If the 5 is too much for him to adapt to right now, maybe we just save those minutes for Livers and put in Johns when Charles is in foul trouble or needs a breath.

What position did Johns play in HS? I’d be surprised if playing the 3 wasn’t harder for him to adapt to than the 5.

He was mostly a 4. Played some 5 in the summer league.