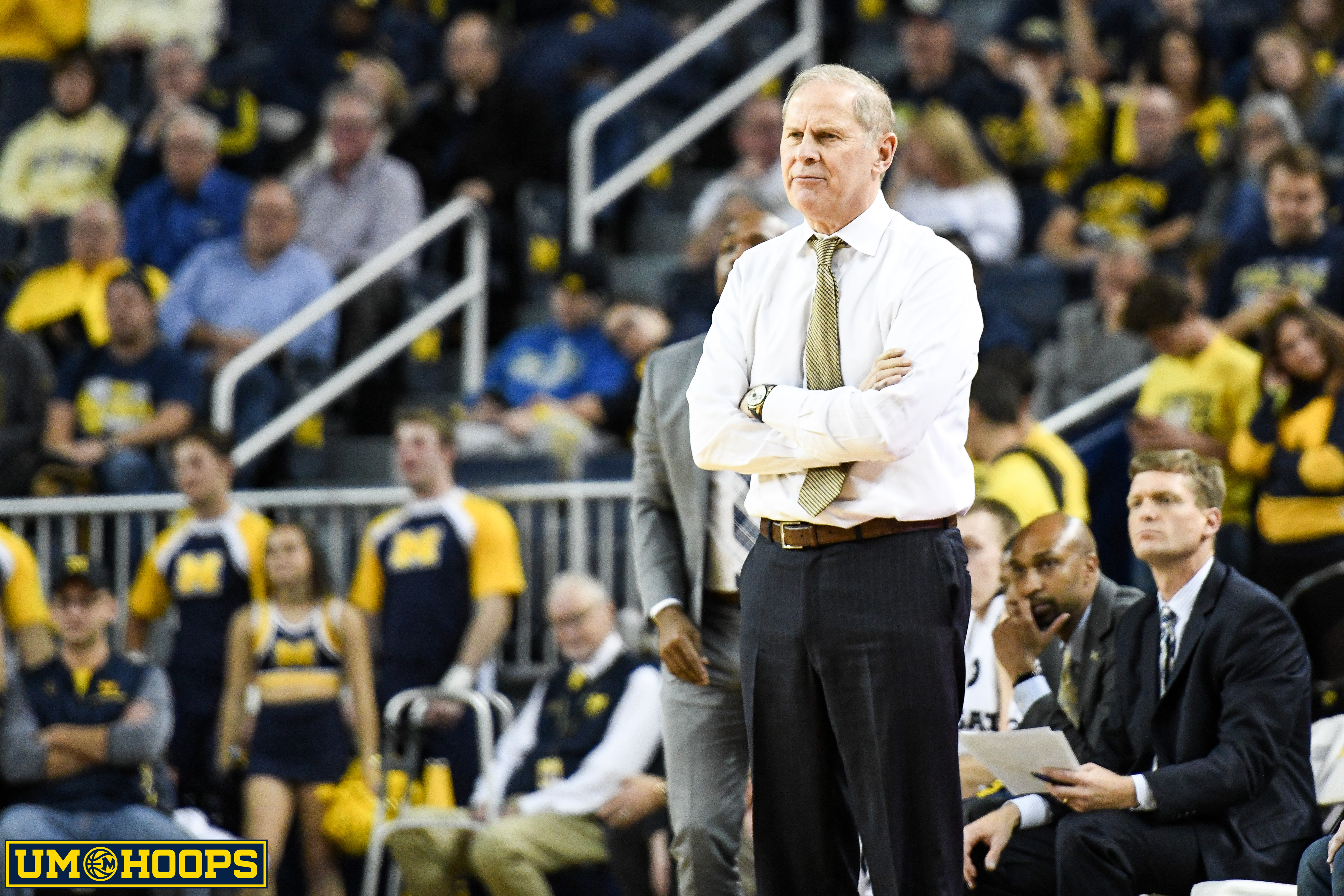 Michigan trailed at the half and didn’t answer any outstanding questions about its offense, but still picked up a comfortable win over Holy Cross on Saturday night. The Wolverines outscored the Crusaders 38-13 in the second half with a stifling...

Growing pains galore, but it’s great to see Livers and Iggy play well in many ways as well as Z and Matthews do their very best with what they have–as they always do. Go Blue!

The good news is that Michigan was able to put in that kind of defensive performance with Poole and Iggy on the floor. The bad news is that when we have trouble scoring on Villanova and North Carolina, falling back on the talent advantage is not going to win the game.

Holy Crap!!
I don’t know what to say about M’s offense. Roles need to be established. Shots need to be created for Poole. Need to push the ball more effectively. Coach Beilein will figure it out.

I think (hope) DeJulius will emerge as another shooting option.

Defense. I think Livers is very good defensively. He’s not far behind Simpson, Matthews, and Teske. What an impressive athlete.

Some of the offensive statistics in that recap are damning. Also, 9/45 (20%) from three through two games… obviously a major concern heading into the year. They’ve shot a bunch more from distance than we expected, but probably at a worse clip. You mentioned it, but last year wasn’t even a good Michigan offense compared to Beilein teams and it got below .91 PPP only twice all season. 2/2 so far this year.

I can see a scenario where this team is the 2017 Michigan football team, but I also think it’s pretty likely that Beilein fixes this soon enough to still be a top contender for the Big Ten.

Last night Livers and Iggy were our best. Going forward that means reduced role of Teske and even less from Davis. It could take 10 games for this team to gel. I hope that Teske was fighting some illness because he looked pretty bad.

I think going small had more to with how small HC is rather than Teske not playing well. I thought it was great to go small with Livers. It appears we have a small ball option in the right situation. Most situations will make more sense to go with Teske more…

Yeah, and it wasn’t like he was getting blocks at the expense of other areas of his defense. Through two games nearly everything that seems gone up near him has had comical results.

Yes, his blocking was good but his rebounding was lacking. offensively showed no confidence at all. Iggy, Livers and later Matthews bailed us out.

through three games I think that Livers Iggy and Matthews all deserve major minutes and having all three on the floor gives the most dynamic offense.

Michigan went with Livers at the five in the first half because Floyd picked up two quick fouls and they rolled out a pick-and-pop five.

With Livers and Brooks, I do like this 7 man group. But we will need a few more bodies when foul problems occur.

I think the reasoning behind why JB went to Livers at the 5 is less important than the effectiveness of the move. I’ll be shocked if that’s not a major part of the game plan going forward

Seems rather premature for the “Haha I told you so!” comments. The 7 man thing is without context. Livers played the 5 because they went uber small. I think it’s clear Davis is going to be the usual backup 5 against traditional teams (for now, at least). From there it’s not like there’s a zero percent chance of Johns, DeJulius, or even Nunez entering the rotation at some point, especially if the shooting stays this awful.

I’m not even one who argued it would be 9 (and I’d outnumber money on it not growing). I just think calling it after two games is too early…

i disagree. for what i saw from last two games, Livers deserves to play a lot of minutes, and it will not be at the expense of Iggy and Matthews. Honestly, these three should play more
minutes than others until Beilein finds a way to get Poole more involved. Luckily it does not necessarily mean that we have to go small but the rotation is going to be shortened.

@tarverine - I never expressed an opinion either way on the size of the rotation for this season. It’s sort of an annual thing, people always seem to believe (including myself in the past) that JB will go with 9 or 10. Then Dylan says, forget about it, Beilein likes small rotations. This year is unusual in that the rotation has shrunk really quickly.

Yeah, I also expect Davis to get some more minutes going forward. And we can’t rule out DDJ either.

Yes, but Teske has limitations as do most players and human beings. He doesn’t seem to be able to get out to guard the 3 line consistently. In days now increasingly distant, that didn’t matter as much as his rim protection. Now it does. So can he learn-develop into guarding the 3? I don’t know, he’s a big, big man. Can M cover for this defensive deficiency in other ways? I think this is more likely.

The lineup is in flux and may be for some time. Beilein always has a plan, he always tries hard to make it work, and he also always adjusts to what he sees on the court. This is especially true with first and second year players. I had a similar type of disagreement with Dylan last year where he told me that Livers will never play 5 because Beilein was committed to him being a forward. I’ll talking about how I was right for at least the next two decades.

Livers might be a short term option at the 5 until Johns is ready to take over, probably in a few months.