Video Breakdown: What changed with Michigan's defense vs. SC, WMU?

Maybe this will help get you through part of the week! I took a detailed look at the South Carolina and Western games and identified some areas Michigan’s defense was lacking. 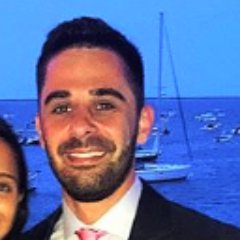 **NEW BREAKDOWN** Michigan hadn’t allowed an opponent to shoot over 50% on two pointers until the last three games, all against opponents ranked 81st or worse in Offensive Efficiency. What changed? I watched the South Carolina and WMU games to find out.

2/ First, Michigan had issues guarding straight line drives. Mistakes such as these were very infrequent in early games, but particularly in the USC game, defenders were beaten by their men and help rotations were late. As @CoachYak has said, "the help can never get beat." https://t.co/YsShKq2SO9

3/ I thought the defense in the USC game was especially sloppy -- poor post defense, guys losing shooters, and getting beaten back door. Those issues were mostly corrected against WMU, but another concern I'll be keeping an eye on due to Michigan's scheme is non-contact screens. https://t.co/XKYoNyXaCQ

4/ While not necessarily specific to two-point defense, because of the interest in the backup center position, I thought I would review some defensive ball screen plays from Austin Davis that I found noteworthy. https://t.co/BZqKHvQAnV

6/ Overall, I still think this is a really good defensive team, likely a top 5 outfit in D Eff. However, they may not be quite as elite, elite as previously anticipated. The schedule certainly created some natural letdown, but these are issues I'll be watching the next few weeks.
9 Likes
Big Ten Discussion