Should we bring Max Bielfeldt back?

Title says it all! Do you guys think we should try and get Max to come back for one more year, or will it be more beneficial to try and let our young bigs learn on the job?

If he’s willing to fight Donnal for 10 minutes a game behind Doyle sure bring him back. Ricky is about to leave him in the dust though.

Definitely should bring him back if he’d like to stay another year. Not only would he be helpful in the development of the young bigs, he could certainly provide some quality minutes. He’s a high character kid, as are all of Beilein’s players, and if he wants to come back for a fifth year, we should be honored to have him. Heck yes, come on back, Max!

Leave it up to him.

Yes. It can’t hurt. But he might find other opportunities more attractive (ie being able to play the traditional 4 instead of the 5).

Given the current front court, of course he would add some useful depth and experience. He’s a good player and definitely a leader. However, as the lone “veteran”, he would probably end up getting a decent chunk of minutes, and in spreading the minutes too thin, it could further hold back the development of the other three and potentially hurt chemistry. Not a major concern but just an alternative viewpoint.

My first question would be: Are we recruiting anyone else (4 year players) this offseason.

I don’t think we are so why not give him the spot IF he wants it. If he would rather play somewhere else, then I totally understand saving the scholarship.

But if he wants the spot and we still save the scholarship regardless, that wouldn’t make much sense to me.

After going through a season where at times we had 1/3 of our roster unable to play for various reasons (injuries, transfers, redshirts), I think we should take all the depth we can get.

If we don’t have a graduate transfer (1 year rental) coming in than absolutely. If Donnal can’t beat out Max for minutes for a second straight year, that’s his own fault.

If we have no one else left to potentially offer that spot to, why not? As long as we know we’ll have that scholarship opening up for 2016. It’s not going to make or break our season one way or the other, but he’s got some experience, even if not a ton of talent, and I’d rather have him on the roster than an empty slot doing nothing.

Great kid but would rather use those minutes to develop our young BIGS.

One injury would put us with little “beef” on the frontline.

I’d think we could get buy ala Indiana but that’s probably not the preferred method.

Too bad Shonn Miller is off the table. He seemed like he could bring some muscle and rebounding to a small lineup if the team was getting pushed around too much.

I agree. Max is a great kid. I also agree that we need to develop our young bigs. But I would like to see us use “those minutes” to win games. I believe a fifth year Max Bielfeldt could help in that regard.

“I don’t even know,” the 6-foot-8, 240-pound forward said. "I’ve just been looking to see what else is out there. If this (situation did come up), I knew I’d have to take it for what it is. If I end up making a decision here in the next week or so and nothing pops up Michigan-wise, then I’ll move on.

“(I haven’t talked with Beilein about it) since the scholarship opened up.” 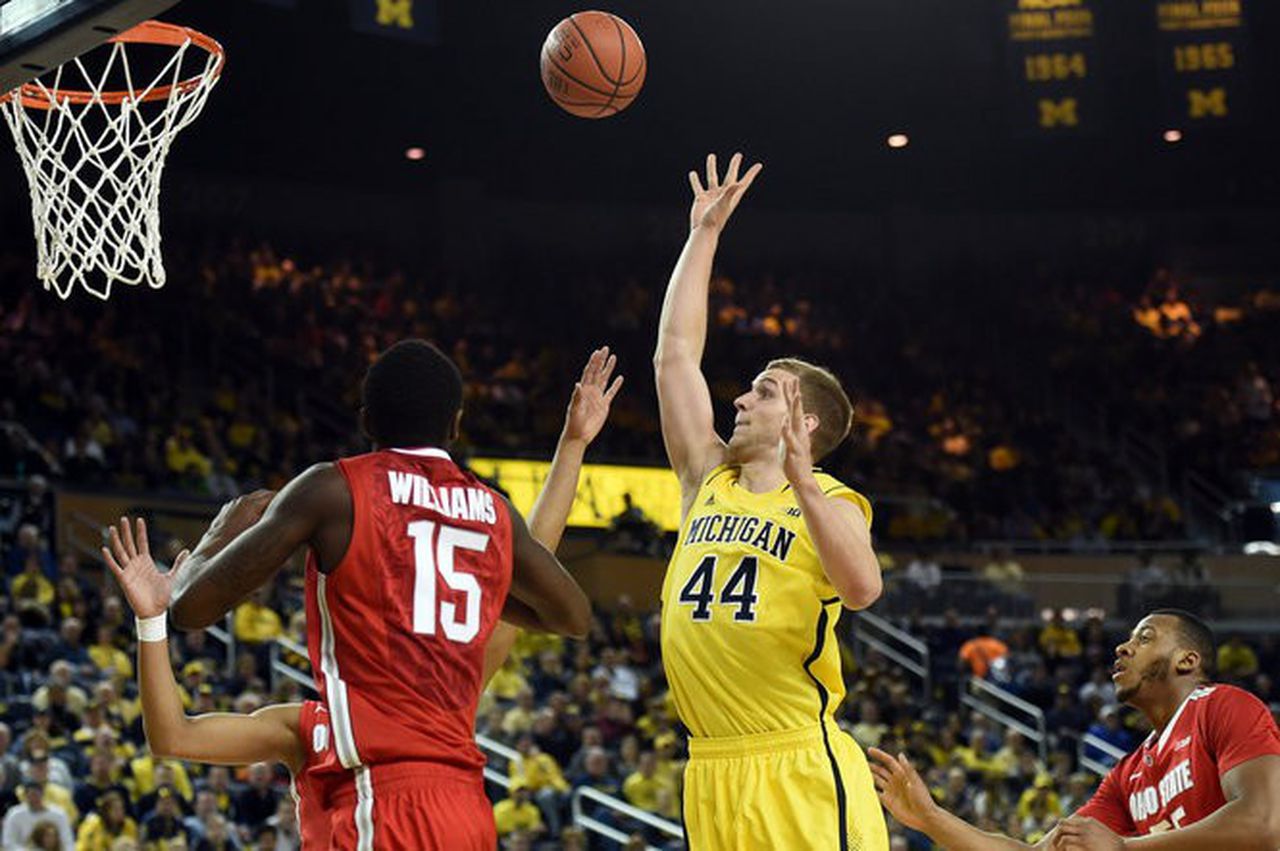 Bielfeldt is pursuing options after what he described as an "ongoing (conversation) for the past month" with Michigan coaches in which he's expressed a primary interest of returning to U-M for the 2015-16 season.

Maybe he just wants to play elsewhere. Also, maybe we want more minutes to develop Doyle, Wilson and Donnal. If Max comes back, he will definitely play big minutes again.