Roster update is out

Don’t put too much stock in height or weight. This college basketball.

I guess he’s gained 15 pounds since the draft combine…

Brooks is listed as the same height as Simpson. Something seems off there. Was hoping Brooks would grow to 6’2-6’3.

Brooks is listed as the same height as Simpson. Something seems off there. Was hoping Brooks would grow to 6’2-6’3.

Well I’m gonna venture a guess and say he’s not if he’s listed at the same height as X. On Duncan/Dakich podcast today they did mention that Brooks was throwing down windmill dunks in open gym, so his athleticism seems to be there (they were both surprised by it).

I object to this Buckeye being part of a UM related podcast.
Other than that, I like the news about Brooks. I think he is going to be my favorite player from this class. I like everything that I have read about him.

The team is going to need at least two of the freshmen to step up and early. The two obvious to me would be Poole and Livers with Livers ability to make the rotation as a backup 4 most important as I see that as the teams biggest question mark. If Brooks makes a splash that would be great. The thing I like about his game is that every movement from him is with a purpose and his shot seems very quick which will serve him well.

Or Watson to make an unexpected jump.

Is this jump unexpected? 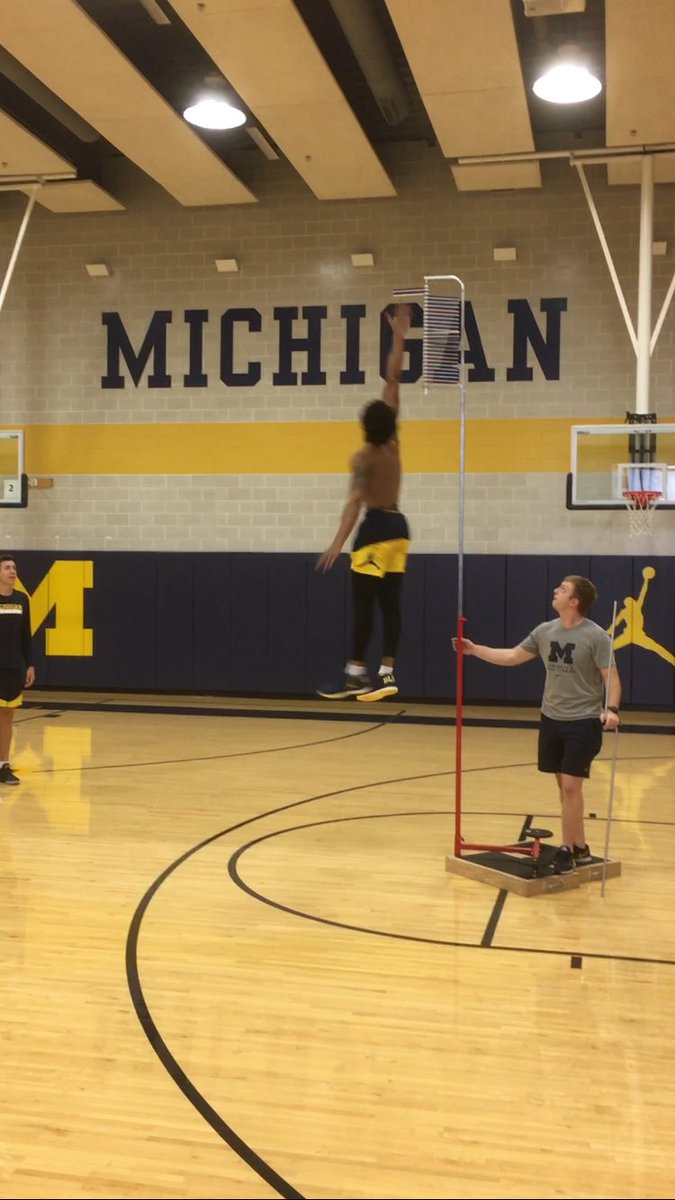 Anytime Sanderson describes something as a new Michigan record, you have to take notice, right?

Also, it sounds like Ibi continued the work he began immediately after the season ended. I’m rooting for that to translate onto the hardwood this coming year.

I agree - I’m not sure how he fits but I’m rooting for him. If he puts in that kind of work, and gets those kind of results, I hope it translates well for him!

I’m shocked by this though. In his HS videos you could see some decent jams but nothing “athletic” or crazy about it. I wonder what he measured when he started last year.

I googled “44.5” vertical jump" to try and put that type of bounce in context and was pleasantly surprised to find that 44.5 inches would tie Hamidou Diallo’s jump this year for the 2nd best in NBA Combine history…

I may be wrong on this, but I think the combine numbers may be standing vert and Ibi had a running start.

His rare highlights from early last season seemed to be dunks in transition. They were good finishes but he wasn’t jumping out of the gym. If he can get his 3 ball right when it’s game time, I’d love to see if he can add a blow by and finish to his game.

Like you said, though, I’m not sure where Ibi’s minutes are going to come from but I am rooting for the kid to have the light come on this year.

Charles Matthews recorded a 41.5" max vert 2 years ago with Kentucky. Should be an influx of bounce on the wings and I agree with you guys that I didn’t really think of Ibi as that kind of leaper.