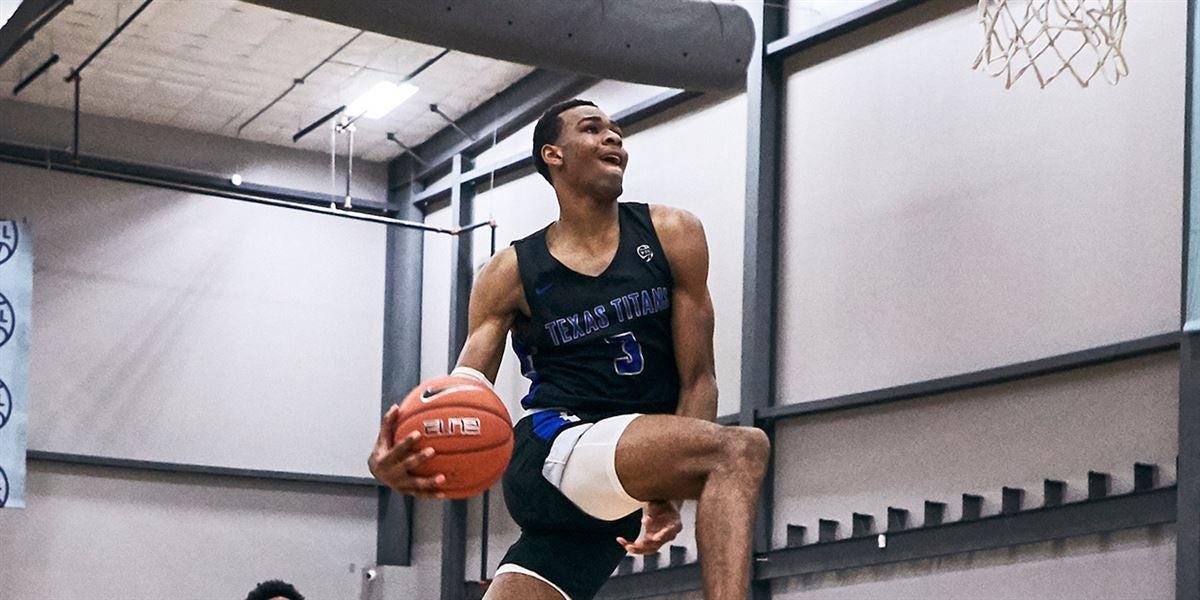 Five-star forward Greg Brown is set to take an official visit to Michigan on February 7th, per Adam Zagoria. Brown is the top-ranked power forward in the country and ranked 8th overall, per 247 Sports Composite. He’s considering Auburn, Kentucky,...

Okay. This is super fun. Great news. But Juwan does know there’s other positions besides power forward right?

Does this lead anyone else to believe Todd is set to never play in a Michigan jersey?

Not really. Juwan just seems to offer talent and get them on campus. It’s not like if Todd leaves we have to get another 6’8" PF on the team. Seems like he’s covering all bases, including on Todd and transfers and NBA

Leads me to believe that Juwan is working on contingencies. It would be disappointing if Todd, as Juwan’s first commit from start to finish (Cole, Franz, Zeb were all started by Beilein), decided not to come. That said, you have to be prepared if he doesn’t and replacing him with another 5 star PF would be pretty incredible.

Means that UM isn’t simply allowing some one else to call the shots.

Juwan may have had more top 40 guys in on visits this year than the entire rest of the b1g has in the last 2-3years.

This is a great move, but i am going to suspend any real hope on Brown until I hear more about it. The Michigan v MSU game would be a fun one to attend and if a coach offered to have me for an official on it, why wouldnt I go?

Because he can only take five OVs. He’s turning down UNC and others in order to attend a game at Michigan.

That’s fair. I am still not reserving much hope on this one until more information comes out.

The one thing that does bode very well for us is Juwan. He has already proven himself to be a great recruiter. If the door is even cracked open, I would give him a chance.

Keep grinding. No reason to not have contingencies.

I agree, being the last of the schools he decides he wants to visit shouldn’t make anyone too optimistic. But recruiting is really looking up and Michigan is in an unusual spot. A lot of recruits were initially cautious, wanting to see how Juwan would coach and recruit. Now a bandwagon is forming.

This must be what Duke and Kentucky forums feel like every day. So much fun.

I’ve been saying all along that I expect Juwan to be a very good recruiter, but I found it unrealistic to expect Duke/Kentucky type classes.

If we get Christopher, Brown and Todd…all of a sudden those types of classes on a more regular basis are more of a possibility.

Screw it. DDJ, Brooks, Zeb, and Cole are good enough for me next season.

Adding Josh Christopher would be nice though

While it’s great that everyone is juiced about Howard now, I really don’t understand the “I was optimistic, but never expected…” posture of so many. I mean, after all, Howard was not only part of the greatest recruiting class ever at that time, but he was the greatest recruiter within that class as an 18 year old, or so the story goes. He went on to sign the first $100M NBA contract as a solid, but not spectacular, player. He has battled through others doubting him his entire life, and career, but always managed to succeed at his core objectives, eventually. Let the facts speak for themselves, and don’t be surprised if we get the #1 2020 recruiting class in the country. Go Blue!

Count me as having been “optimistic, but prepared to see some bumps as Howard transitioned to the college environment.” As you eloquently recap, Juwan is incredibly accomplished in basketball, including recruiting when he came out of high school. However, I wondered whether those experiences would benefit him as much in today’s college recruiting.

All your points about Juwan that ultimately foreshadowed an amazingly fast and successful start at U-M are very well made; however, no way did I think that, with not even with one season under his belt, he would have been able to assemble the class he did for 2020, even if Todd goes overseas. Flippin’ No. 4 class in the land? Perhaps cautiously optimistic is just my default setting when it comes to recruiting, especially going against programs with an “at any cost” mentality. I’m ecstatic and I’m removing the “cautiously” from my mindset.

A player ranked ahead of another doesn’t scream back-up plan to me. JH is setting the bar high. He was part of the Fab Five but he could be recruiting a Sick Six or Seven/Spectacular Six or Seven/Super Six or Seven, or whatever you want to call 6/7 high profile recruits. Jackson, Todd, Dickinson, Williams, Christopher, Brown, and Howard. Scholarships will be figured out in the end. As someone mentioned before this has to be what it feels like to be a Duke/Kentucky fan.