Podcast: Breaking down the Big Ten after the NBA Draft withdrawal deadline 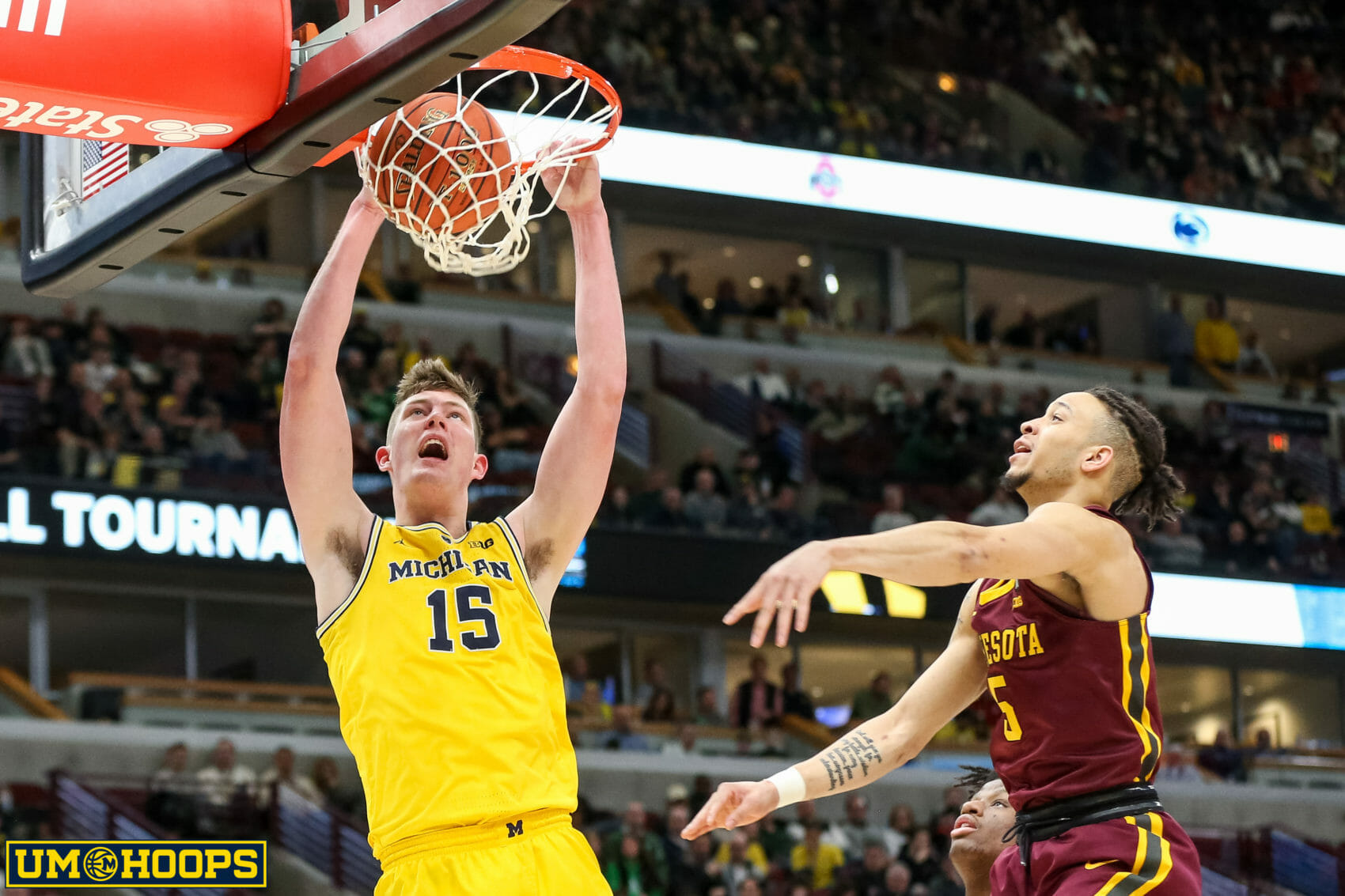 Podcast: Breaking down the Big Ten after the NBA Draft withdrawal deadline |...

The Moving Screen is a podcast collaboration with The Athletic’s Brendan Quinn. We’ll be tackling Michigan, Michigan State and Big Ten basketball at large with a blend of rational analysis and hot takes. After weeks of podcasts about John Beilein,...

Bart Torvik has Michigan as #8 in the Big Ten.

I can’t listen to the podcast right now so can somebody summarize where Dylan has us?

Quinn and Dylan both have us as 8th. Not very optimistic but can’t say I blame them. Would 8th in the B1G get this team to the tournament

8th is pretty rough. I’m not sure that would get them in the tournament.

Pro: Outside of MSU, Maryland and OSU there are no sure bets in the conference. We could beat up on a lot of those teams if we get it together.

Con: Michigan is one of the teams in the “no sure bets” category. Teams could beat up on us if we don’t have it together.

A certain amount of cold, hard reality will shortly be upon us. Not to be too dramatic, but a couple of big early recruiting wins could pretty obviously be difference-makers for Howard and the new staff.

This is also why the question of system really does loom large–Beilein proved how important it can be. The core of Teske, Isaiah, and X COULD boost the team beyond a ca. eighth-place finish, seems to me. Or they could flounder. (Gonna be a certain amount of thrashing, almost no matter what.)

Shutting down media operations for a little while. . . wishing everyone a happy summer!

When a power 5 conference head coach moves on, at least a part of his career reputation with the team he left should be “what shape did he leave the team/players in and “what did he do for his assistant coaches”? Looks like JB would get a D or F in that part of his scoring.

I remember Coach Haynes speaking at one of the UM Club of AA luncheons at Weber’s this year where he talked about how much he and the other assistant coaches and their families loved being at the games. They loved their coaching and their coaching contributions in instruction, recruiting, and player motivation. Without them, what would Michigan’s performance have been like the last 2 years?
Did JB think about them at all in making his decision to leave when he did?

I have been living in AA the last few years, attending many games, and oftentimes seeing JB at St Mary’s church on Sundays. I had a very special liking of him and felt he was a unique college coach and especially considerate person. Maybe he still was, but my opinion of him has definitely changed.

Yaklich ended up at Texas with a raise and a new title. Haynes is at Maryland probably making about the same. Saddi stayed on at Michigan. It turned out fine for them. JB didn’t have to think about them on his way out, he had already massively improved the trajectory of their careers.

There wasn’t much JB could do to leave to leave us on better terms. He left 4 rising sophomores from a heralded recruiting class, 2 solid recruits, 2 senior all-big ten level players. It was just the timing that hurt and couldn’t be helped since thats when the NBA carousel turns.

IMO thinking less of JB as a human because he left Michigan is silly. Sorry.

Jeez, enough of the negative hot-takes. Are you seriously going to spin into a negative that he developed 3 players into NBA draft prospects and therefore we have holes in the roster? Is it his fault that the NBA coaching cycle doesn’t match the NCAA’s? He has a right to protect the privacy of his NBA job negotiation. He didn’t do anything wrong. Get a grip.

Oh poor us. He left Richmond and West Virginia and everywhere else to move up in his profession, that’s what ambitious and talented people do. We’re in great shape thanks to him.

Frightening how quickly our bird has been knocked off of its perch. It’s as though Nick Sheridan has replaced Xavier Simpson and Juwanna Mann is our new basketball coach.

I think that’s where I’m at too, if I read you right. if at the end of the season Michigan finishes 8th place in this conference with these upperclassmen, that suggests major deficiencies in player development and strategy and tactics, and that Howard is going to have to be either an all-time recruiter - clean version of Bill self, to make a recent and relevant comparison - or he won’t be coach for very long.

No I think there’s a middle ground there. While this roster is no 2008 Michigan football(they won 3 games) it also doesn’t mean that it’s booming with pieces. It’s short on 23% of the available scholarship players(and one of those players is a C that is not a B1G caliber player and essentially a practice player). There’s also the scenario that Juwan improves as he goes along, which he’d obviously have to do quickly on the job. But my point is I don’t think whether we finish 8th or better in the B1G will ultimately decide if Juwan is a capable coach.

That’s entirely possible. Probably requires teams like Wisconsin, Indiana, Iowa, being the best possible versions of themselves that they would be. Probably requires all of Michigan sophomores to fail to take a next step despite receiving good coaching that should in most cases lead to player development. All of that is possible. is it likely or reasonable expectation is another story altogether.

Hmmm, does any team outside State have a better 1-2 combo than X and Teske? Let’s not overthink this, the team with the best player usually wins. I understand there’s a lot of uncertainty, but 8 seems comically low to me. We’ll see.

Best 1-2 defensively maybe but offense could really be a problem for us. I think we’re 5 personally but 8 could happen.

I don’t think any team had a better 1-2 combo than Romeo Langford and Juwan Morgan last year, and that didn’t work out well for them.

Simpson, Teske and Livers is a rock solid core. Everything else is a giant question mark and/or a liability. Take into account a new system, no room for any injury setbacks, and the fact that even an obnoxious best case scenario offensive projection for Teske, Simpson and Livers would have them right around 40 points per game (Iggy, Poole and Matthews scored 39.8 last season). Who else scores? Can Brooks, Johns, Nunez, DeJulius, Bajema, Castleton add up to 20 more points per game next season somehow?

Well X and Teske are proven commodities, Romeo was not.

If not then Coach Belein completely whiffed on those commits. Does that seem likely to you given Coach B’s track record?