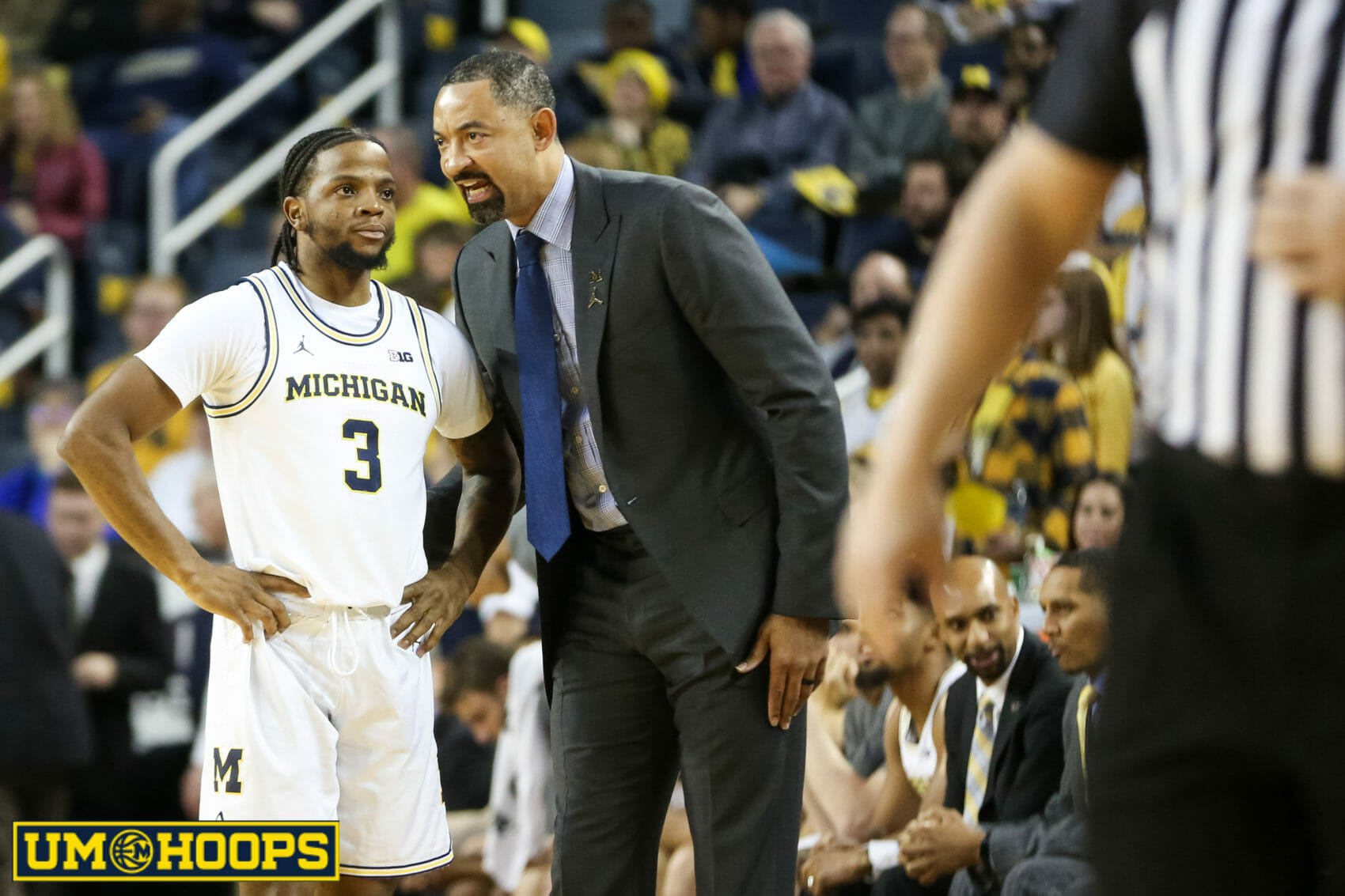 Michigan’s season is teetering on the brink. Two months ago, the Wolverines were ranked fourth in the country after cruising through the Battle 4 Atlantis. Now they’ve lost four games in a row and seven of their last eight against high-major...

I can’t imagine this is what Teske and Simpson envisioned for their senior year. Squad is at the proverbial fork in the road here. Interested to see how they fight out of this.

At this point I’d just like to see them play better and win a few games. The tourney isn’t really the focus anymore.

Yah, me either. But it looks an awful lot like they are part of the problem.

Yep. That’s where we’re at.

IF and that’s a BIG IF, we win in Lincoln. Cue hot takes on how we’re better without Simpson.

Man, as far-reaching as some fans are, that wouldn’t really happen… right?

They? As in Teske? What did he do?

Nothing like X’s suspension, just that he seems to have regressed in some areas of his game, particularly defense, and generally not really leading like I hoped. No inside info, just my observation.

I wouldn’t confuse leadership or heart or any of that stuff with skill. This team lacks skill BIG time. I don’t think any type of leadership can help that.

I don’t see how your reply is responsive to what I said. I was talking about Teske himself regressing in his performance on the court. The fact that the team lacks skill or guys who can create their own shot doesn’t really change that.

Teske has been an enigma. Dunno if it’s because he’s asking to expend energy on the offensive end, but this dude looks different than last year; less… confident? Maybe simply more winded?

Easy solution to Michigan’s offensive woes:
Cole Bajema is shooting 78% from the field, 50% from long distance, 100% from the free throw line for the season.
He plays 40 minutes, takes every shot and a victory in Lincoln is Guaransheed

Cole Bajema is shooting 78% from the field, 50% from long distance, 100% from the free throw line for the season.

Bajema has not played really any meaningful minutes against meaningful opposition. Hard to read much into his stats.

Cant say for sure but think Pittsnogled was /s…

It’s interesting. Bajema was the first guy off the bench in our first game, I think. He seemed good every time I saw him play. I trust Howard’s judgment but for selfish reasons I would love to see him play more.

At this point, I think it is pretty clear that sub in the exhibition game was some kind of weird one off. Not sure if it was a communication issue or what.

Oh. I did not know that.