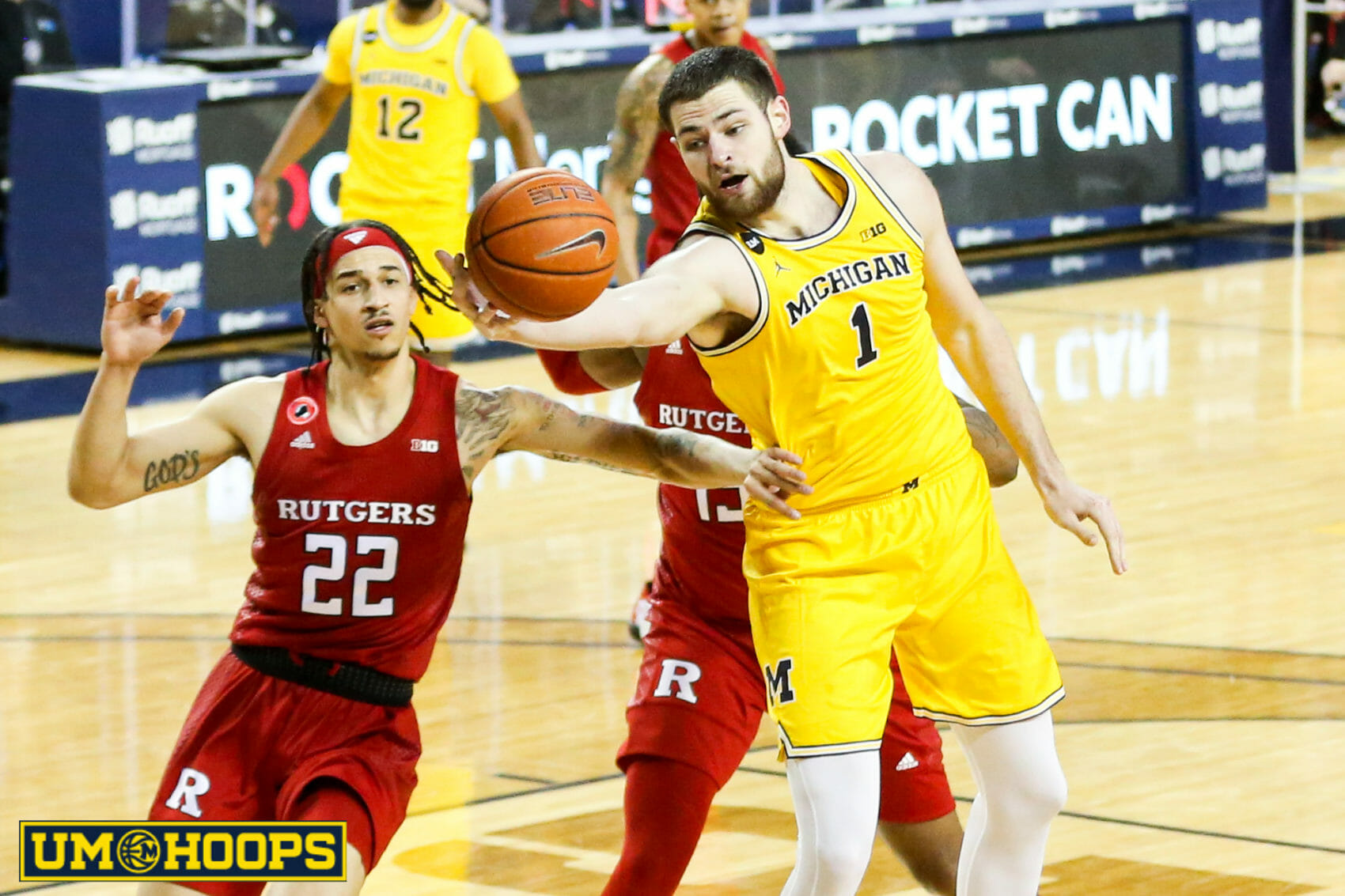 Brendan and Dylan dive into Michigan’s 2021-22 roster position-by-position to take an early look at the upcoming season. The conversation hits on key additions, returnees and what will make or break the season for Juwan Howard’s team. Listen to...

Been waiting on this. Lets go!

MEGAPOD is an excellent word, very exciting to read

Considering that big things usually happen right after a podcast, I fully expect Jones to commit on Saturday.

“What does Terrence Williams project to as a junior, senior?” Draymond Green 2.0

Manny up above stated something always happens after a podcast. I echo that except it’s 4/28 another 1/2 wk has gone by and Franz still hasn’t entered the nba draft. JUST SAYIN!

“What does Terrence Williams project to as a junior, senior?” Draymond Green 2.0

Draymond, Liddell, Grant Williams… most of those guys have a + wingspan. That’s my worry with TWill.

I am also not even sure he’s really 6-7 either. He looked a lot like Chaundee’s height. I actually think Chaundee would be a great goal for him…but he has to find a jump shot.

I was a little surprised there wasn’t a mention of Bufkin as an option at the three. If Jones comes and Bufkin is good, could he play there?

the best player plays. i don’t think that a transfer will necessarily play more minutes than the freshmen

Yeah, you’re right. And that’s what makes this season so interesting and hard to predict is just that there are so many wildcards competing for time in the rotation. I’m starting to think of it like this…

Here’s what I personally believe to be true at a minimum for game #1 of the season:

Those are the minutes that will be divided up and fought over between Jones, Collins, Jackson, Bufkin, Houstan, Barnes, Johns, Williams and Diabate. Effectively about half of our minutes are going to be up for grabs and best man wins.

Best case for TWill is PJ Tucker but he needs to find a jumpshot.

Bufkin might not have been mentioned specifically but they talked about seeing Williams or Johns getting fewer minutes if the backcourt really thrives, pushing Houstan up to the 4 to make room for backcourt players who could play at the 3 spot. Bufkin seems like the primary candidate to do that, but JMO if he’s still that skinny it might not be this year.

I had forgotten that Houstan reclassed, so I thought maybe to transfer all my Tiny Chance Franz Might Stay energy to a Houstan Might Stay Two Years campaign, but since he’s born on Jan. 3 he won’t still be 18 by draft day 2022. But am still maybe considering getting invested in that. Two years of Houstan sound wonderful.

@umhoops, I wonder why you’re not expecting a Liversesqe shooting from Houstan? I get that he’s a freshman and all, but it’s also been said about Houstan that his shot is so good it explains why he’s a top-ten prospect even through he isn’t all that athletic and doesn’t dribble. So if he’s as advertised maybe you still expect 40% or a smidge above it?

I love Houstan and have said he’s very similar to Livers but a lot of really good shooters in high volume roles shoot in the mid to high 30s as freshmen.

Yeah - there’s no shame in shooting 36-38% with the new FIBA line. That adjustment still has to be accounted for and we should be fine if he’s in that range.

The only concern if he’s in the mid-30s is just that we don’t have as many other shooters on the roster to support him. The scouting report is going to be “don’t leave Houstan ever”. Last year we had Smith, Brooks, Brown, Livers, and even Franz that you had to worry about as shooters. This year we have Brooks, Houstan, and…uh…hopefully Bufkin?

With Williams, his effectiveness at the 3 and at the 4 both depend on the same thing: being able to shoot. So at least he has a clear skill to work on.

This year we have Brooks, Houstan, and…uh…hopefully Bufkin?

T-will is probably more as a 6’4 than a 6’7, but he can still develop. Besides PJ Tucker, another player that he can look up to is Charles Barkley.

lol…I love your optimism and giving guys examples of what they can become is great. Barkley is a unicorn though. My hope is that Williams is shooting 1,000,000 per day all summer and develops a solid outside shot. At that point he could be a Livers or a Brown or a Irvin.

IMO, TWill making NBA is an extreme long shot, my point is that he can still develop his game and carve out a role on a championship team even he is very undersize for his position.