How many more games does Michigan win?

I say we win at least two more more in the regular season–Northwestern and maybe Iowa, who we’ll have a week to prep for–quite possibly even three, along with at least one in the BT tourney. With Caris back in the fold, we head into the NCAAs with the team finally hitting its groove. The fact that we were run out of the gym in four of our losses is coloring all of our views of the team, but we lost our senior leader and our best player–two of our six best players–and are starting to display just a little defensive grit down the stretch, as other Beilein teams also have. Weigh in.

*We’re still well in it mathematically for the B1G title, one game behind Maryland and one and a half games behind Iowa and Indiana.This is a fairly crazy season!

I say Ohio State and Northwestern. Maybe Wisconsin as well.

But after Wisco just pulled out the upset @Maryland, I can’t help but think about what would happen if we ran the table. Sigh.

Northwestern looks doable, but I’m not to optimistic about any of the others. But, anything is possible and if we keep playing hard on defense any of those games could be won.

80% Northwestern should be a almost a for sure win.

60% Ohio State - I think we matchup well against them plus Loving has cooled off the last 8 games or so. They’re not a good offensive team. They’re solid at rebounding and blocking shots but really don’t have bruisers inside that will beat us. I don’t see them going on long runs against us like recent teams have done.

45% Wiscy has won 7 in a row now but they’re beatable at home. (Western Illinois, Milwaukee, Marquette, Green Bay - all bad teams that won in Madison). We do catch them after we play NW at home vs. their game @ Iowa.

35% Iowa - just being home helps. We handled Purdue well but Uthoff is a tough matchup. If Levert is healthy though that would be a good last game to get him some good minutes, maybe get one last big win in before BT Tourney time.

20% Maryland - I just think it would be hard to beat a good team twice, especially on their floor and Tremble is not wanting to have 2 bad performances vs. UM

If Stone gets a 2 game suspension for his incident, he will miss our game.

That was a disgusting play by him and to only get a flagarant 1 was ridiculous. I hope he gets suspended.

I’m trying to figure out how he stays in the game.

We need to win 2 to feel comfortable about being in. 21 wins gives us a tad of breathing room going into the B1G tourney.

20 wins means we have to win a game or two in tourney because we would be tending downward with the amount of losses that would of happened. Committee always rewards teams playing better at end of the year

IMO OSU and Northwestern are the most winnable. OSU is scary because it’s on the road not because they are good.

If this team bunkers down and uses that come back to show up every game with the same mindset there is no reason they can’t at least go 3-2 If not 4-1. I really believe the talent is there. It’s about mSking good choices and playing hard. Although Irvin saved us yesterday, I’d like to see U.S. attack from all over, attacking weakest defender. With rahkman attacking this team is a tough guard. Even feed donnall. He can pick and pop and roll. He often gets a good look too when we feed the post. He’s crafty. I trust him. I just wish he dunked more.

Every guy we play can score. I wouldn’t mind seeing a little more mo/chatman too. I see a future for kam still. Sometimes we become to Irvin centric or Walton centric. When their hit it’s great but when their not we got three or four other guys who can score. We could really dominate teams with depth and balance. Like I thought before the year the talent is there. It’s s out coach b and the players getting it together and to come out on a consistent basis. We should be a deeper version of Indiana.

Seeing lines of like
Irvin-14
Walton-12
Rahkman 10
Donnall 10 Robinson 9
Dawkins 8
Doyle-4
Chatman 4
Wagner 4
Should be the norm. I really feel like we should be much more than a three point shooting team. We should shoot a lot but they should be good looks on kick outs and and inside out work. Not bad offense where we window wash back and forth with no attack then one on one chuck late from three. Let’s hope we keep attacking rim/ get to foul line. Nothing shakes a cold slump better than hitting a couple free throws. It centers your shot.

I know these guys can do it and get hot. No better time than now. Let’s hoody get play with s chip and attitude here on out and wins WILL follow. Beating osu should be a lock with a good effort. We have the better team. Time to prove it.

Good post. I think that there’s enough time to reintegrate Caris for the home stretch, and that Caris driving and dishing is our best creator, the best candidate to open up the floor for everyone else. My fond hope for an extra couple of wins lies in the fact that we’re overdue for a game against one of the better teams where we ARE hitting our threes. We’re still among the top offenses in the country. Even after some very poor-shooting games we still have the country’s 24th-best shooting percentage, and about half the teams ahead of us, I will bet, have played far easier schedules: 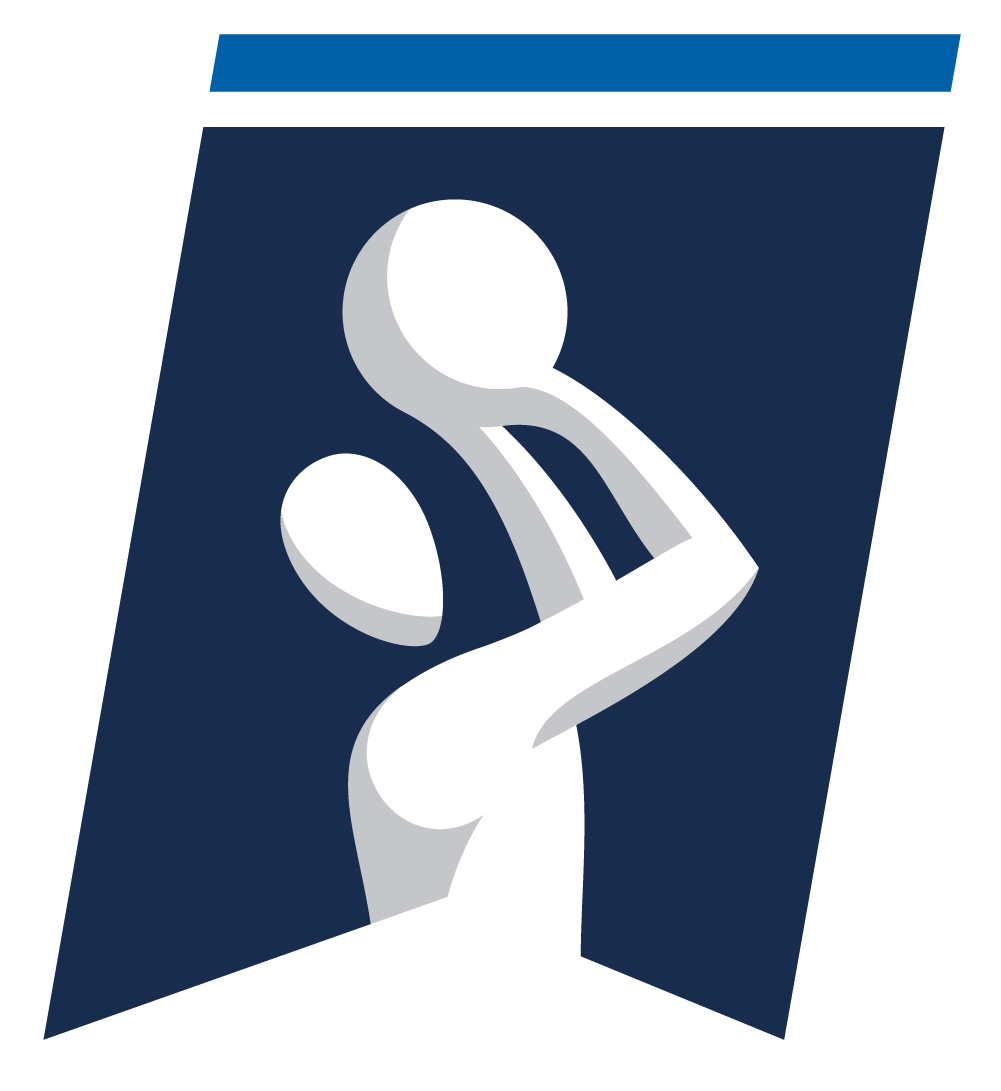 Discover the current NCAA Division I Men's Basketball leaders in every stats category, as well as historic leaders.

I think we take OSU even though it’s at their place.
Northwestern.
Wisconsin or Iowa but not both. I’m leaning towards the good guys pulling one out in Madison.

Plus one in the BTT - where I hope we run into Indiana again and play like we know we can.

Out of all the teams left Wisconsin is the team that should scare everyone the most. They are on fire right now, playing great basketball, playing together, and playing for their coaches job. That win at Maryland in the fashion they did it put a ton of gas in their tank.

I feel like just about anything can happen down the stretch here. Beilein had rallied a pretty bad team pretty well toward the end of last year, and the D–afterthough early–seems to always come on down the stretch. But while the overall record, I feel, is an achievement under the circumstances, I feel this team has really lacked consistency.

Still, we could look back and say we got Caris back just in time to cohere again for the late stages.

No games are gimmes down the stretch. Even N’W is a tricky game. I hate Chris Collins because I hate everything Duke (except Grant Hill as he was a badass for the Pistons), but he is a good coach IMO. They’ve won and lost every game they were supposed to except Penn St at home.

OSU game is going to be big. It’d be big win for either team. It’s at OSU. OSU only has one real quality win this season, against Kentucky. They’ve lost to every other team of quality. They’ve had their asses handed to them against most of the good teams as well with double digit losses to @Maryland, @Purdue, @Wisconsin, @Indiana, and @Uconn. I think we’ve only beat them once in Columbus with JB as coach.

I am going to say that@Maryland is close to a lock to lose. They will want revenge and are a top 10 team with some strengths where our weaknesses are.

@Wisconsin is probably a loss as well. We have bad luck against them and don’t win very often there (though nobody really does win there often). They are on a seven game winning streak, which includes wins against MSU, Indiana and @Maryland. They’re playing well.

Iowa at home could be a win. I thought we played decently at Carver, on the offensive end at least. Iowa is obviously the better team, but they’re not invincible. They could be fighting for a #1 seed though, so even if they have the conference wrapped up at this point, they’ll still be pretty motivated IMO.

I’m going to say we get two wins. Most likely N’W and @OSU. But even if we lose @OSU, I think we’ll find a way in one of the other games. If we only win one, we’re going to be in a tough position going into the BTT. Get two wins and we’ll probably only need one win in the BTT to feel safe. We could probably get in even if we lose our first BTT game, but we could be depending on results elsewhere to go our way.

Northwestern will battle tough but that is a must win. Ohio St sucks this year and the only problem I see is that it is at their home court. I will be devastated of that is a loss. Wisconsin is hot and will be tough hopefully we can pull out with that one but it will be far from easy. Maryland is hungry for us after last time. If we could sweep them that would be huge but I just do not see it happening. I do not know why but I feel good about playing Iowa at home. They are a great team but from watching them they seem very beatable. I think we will win vs Northwestern and OSU and one of the three (Maryland, Iowa, Wisconsin) and finish our last fiver 3-2 heading into the conference tourney.

Tonight is an important game, especially after getting embarrassed by our other rival (MSU). I would love to see Michigan effectively eliminate OSU from NCAA tournament contention on their home floor.

JB’s teams have struggled big time in Columbus (I remember when the 2012 squad came out shell-shocked in the first half before clambering back late) but this is definitely not a vintage Matta team. Hope we pounce on them.

Well I’m wrong right out of the gate on my prediction. OT - was I the only one who really hated the camera positioning in that game?

From what I gather, Social Media was blowing up with negative comments about the camera angles. It truly was hard to watch. And even worse when the product on the court was as ugly as it was…

It was unfathomable that they didn’t change this at halftime, at a minimum. I feel like I missed a good 25% of the game, not that I would have wanted to see it!

Who could possibly have thought that camera angle would be enjoyable for TV viewers? Not only did the angle suck, ESPN kept trying to further insult our intelligence by having the announcers let us know how much it highlighted the speed of the game.