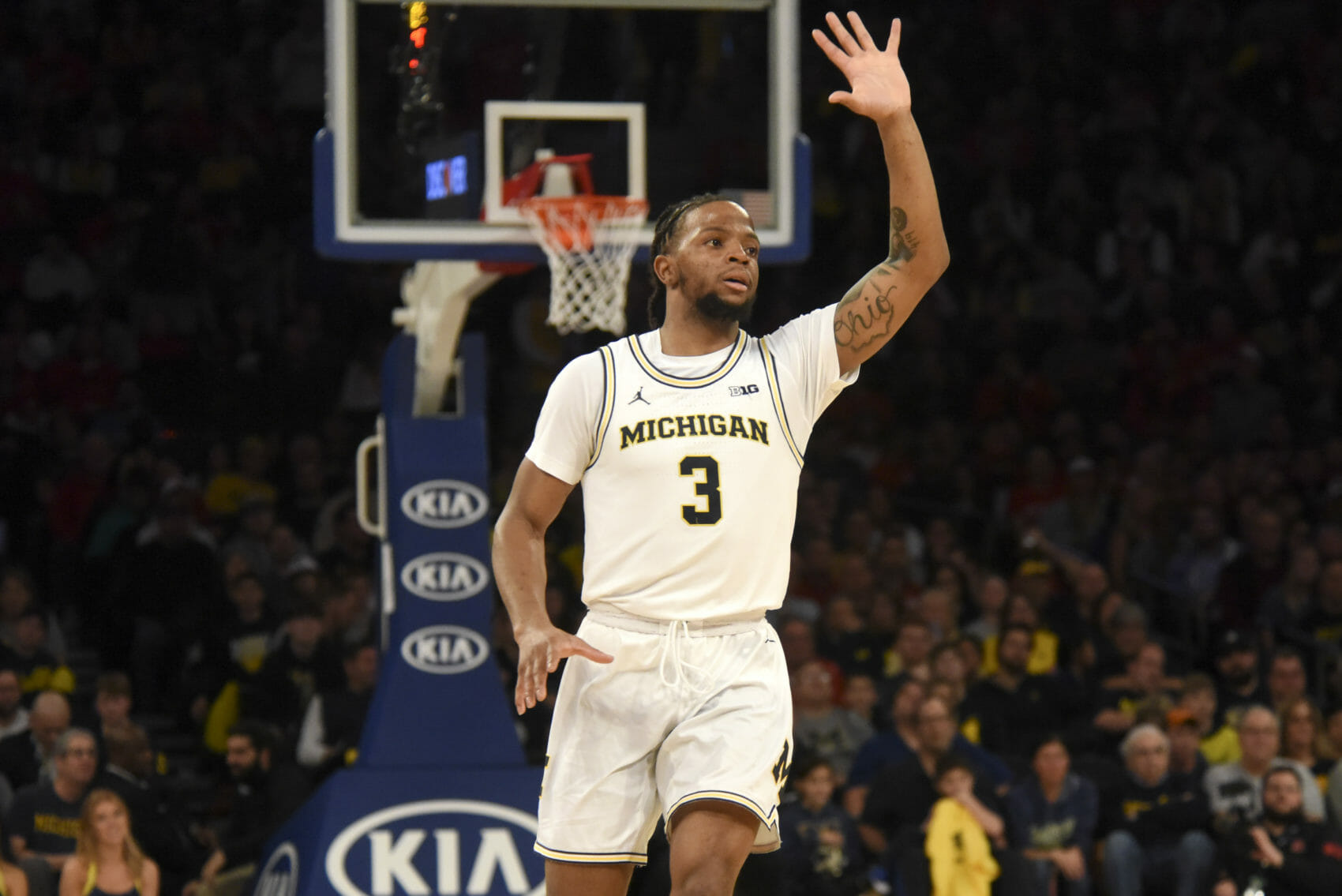 Michigan’s turnaround has been attributed to a number of different things. Read enough articles, listen to enough podcasts, or watch enough TV and you might think it is about Isaiah Livers, Austin Davis, 3-point shooting, confidence, or something... 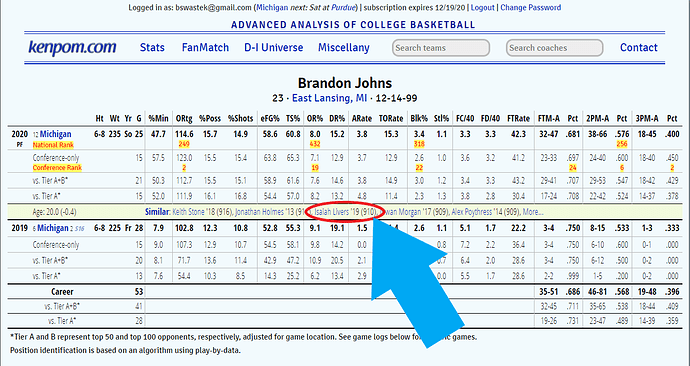 Makes sense given that they play the same position in the same offense.

There’s quite a bit more that goes into that than just the position they play. And he’s in a different offensive system than Livers was last year. From his site:

*Shooting stats are appropriately regressed in cases of few attempts.

Each player’s comps are filtered by age, with that filter being larger for older players as the difference between an 18 and 19 year old in the development process is more significant than the difference between a 23 and 24 year old. Thus there are rare cases of older players being compared to previous versions of themselves. Players are not compared to other players from the same season."

True, misread the year and forgot they are only by class. They do play within a similar system though (spread ball screen shooters around Simpson).

Livers as a sophomore: 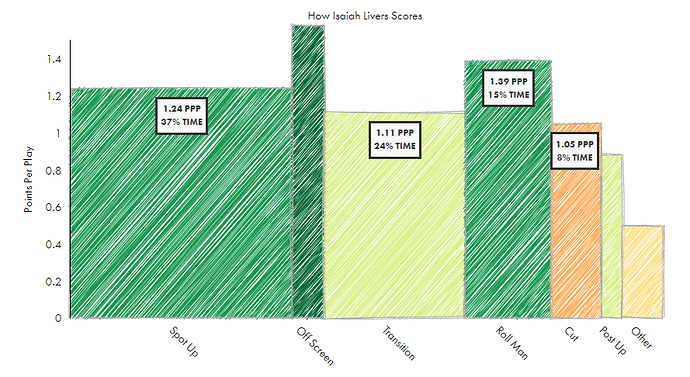 Johns as a sophomore: 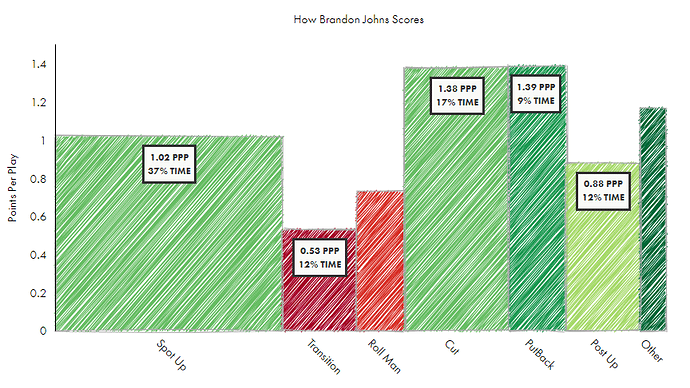 Just saw putback as its own thing under Johns. Livers doesn’t even have it as a category for last year so I assumed it was what “other” meant. What is “other?”

Things that don’t fall into any play type. Usually non-shooting fouls but also stuff like this:

Good defensive effort all around, and the way Rutgers chases loose balls and rebounds, I thought the effort for a shorthand team was great.

Teske’s defense really stood out - I like this somewhat more reserved (offensively) version. DeJulius definitely gave us a shot in the arm.

Cole Bajema must be doing some crazy shit in practice to continually lose minutes to Nuñez, who at this point in time sure doesn’t look like a D1 player.

Honestly one of my trepidations about Todd and maybe Christopher next year is that I’ll miss seeing junior season starter versions of Johns and DeJulius.

Also Teske was an absolute beast tonight… love this team

Interesting, hadn’t seen his methodology defined in a while. Given all of that, it makes a lot of sense that he would match with Livers… especially with the team-related stuff being a part.

And while Michigan’s system is different, it is still one of the highest-volume ball screen offenses in the country and what Johns does in that scope compares similarly to what Isaiah did last year (this like A/FGM, 3PA/FGA, shot selection, etc.)

great win. grit is a terrific word for it. happy to see Castleton play well. good reminder that CC has some abilities on defensive side of court that AD just can’t replace. CC looked fairly versatile out there. man … Beilein … what a crack recruiter.

After that win, BartTorvik’s teamcast has Michigan safely in even if we lose out.

Playing for a Big ten tournament title and to stay above that 7 line.

I give Jacob Young my award for “player who is annoying AF but who I would love if he was on my team.” It is meant to be a high honor.

Young shot 7/24 and 0-6 from 3 in 2 games against Michigan and is a 24 percent 3 point shooter on the year, I’d say the more accurate response is I’d cut off my arms if I had to rely on a guard like that consistently

Awesome game and awesome recap. Does anyone know which metrics more than others put Franz in the 900 club?

Regarding Young, he’s quick as hell and tenacious on defense but egads is he a black hole on offense. A guy with an 80 ORtg should not be leading his team in usage (next highest is Baker at 22.3%).