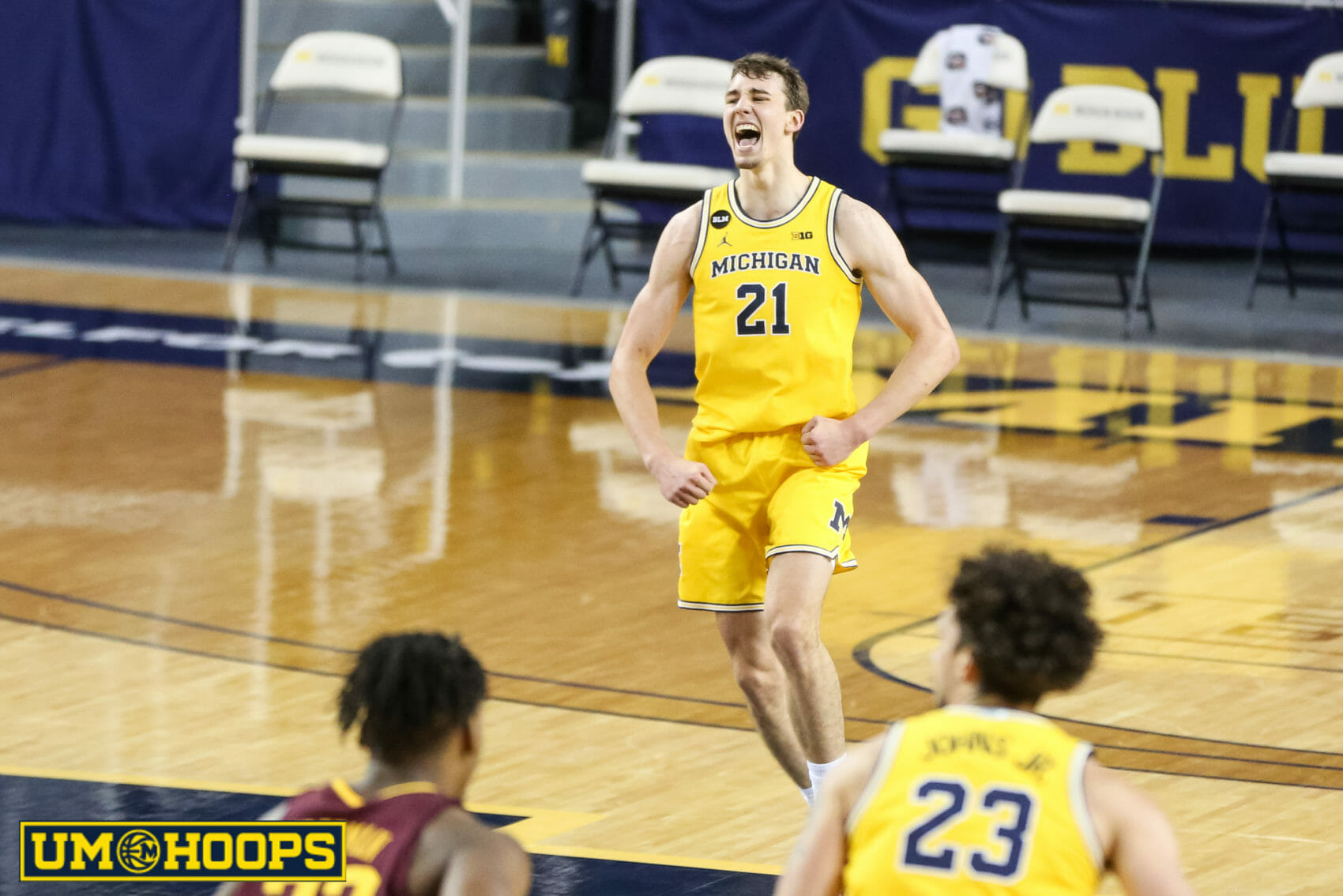 Franz Wagner is heading to the NBA Draft. The Michigan sophomore announced his intentions today in a letter at The Players Tribune. With Wagner’s departure and the addition of Coastal Carolina guard DeVante’ Jones, Michigan’s 2021-22 scholarships are...

Franz just declared for the draft…

A Letter to My Michigan Family | By Franz Wagner

I’m proud to be able to call myself a Michigan Wolverine.

“ Next I have to thank my teammates. Most of you probably already know this, but my season ended on a very sour note. And man, I won’t lie — it was a tough couple of weeks after that. It hurt a lot. Not just because it hurts to lose, and I’m such a competitor, but also because it felt like I let everybody down. Most of all our seniors. One missed shot by me … and their Michigan careers were over, just like that. I was pretty hard on myself about it. But the guys were so supportive of me — they had my back like true brothers. They’ll be my brothers for life. “

Was just about to quote this part too. I always try to remember that no matter how sad/mad/disappointed I am after a loss, the players must feel that a million times more, and Im just a psycho alumnus sitting on my couch lol

I’m gonna miss this family so much

We finally got an explanation for why it took so long. Franz had a lot of back and forths with his ghostwriter/editor.

Are we sure Ma and Pa Wagner don’t have another one in them?

What? This wasn’t a hard call. I’ve personally known this for, I don’t know, a month and a half?

It was a fun two years having you around Franz - can’t wait to root for you at the next level. You’re one of the few Michigan players who I truly think is ready to move on to the NBA and I can’t quite justify another year in school - as much as I think we’d all enjoy it together. Good luck!

Yeah I think it’s been known to some for a bit. And the fact Michigan was in the portal should have been sign #1 that he was gone.

Incredibly well written, thoughtful, an expression of love and appreciation by a very special young man. Franz made the right decision, and now all of us who love Michigan Basketball must wish him the absolute best the world has to offer. There is no question in my mind, he will be a great success in basketball…and beyond.

And so, from the bottom of my heart, and with tears on my cheeks that one sheds when his heart has been touched, I thank you, Franz. Now, go and be an NBA All Star, just as you have been our All Star. That is your destiny. We are ALL cheering for you! Thank you for these two years. You are certainly a part of the mystique of Michigan and of the outstanding and illustrious legacy that is Michigan Basketball! Go Blue!!!

(Plus, I mean, if Moe can play in the league — obviously they’ll take anyone.)

Um, I’m not ready for a Wagner-less Michigan. I guess Franz didn’t get my e-mail.

That said, boy, what a ride. Amped for next season’s new faces.

I knew if I waited an extra minute or two, you’d weigh in with my thoughts, but expressed more eloquently!

I wish his Michigan career had ended on a more positive note, but that will fuel his growth for sure. He’s got class; he’s got a sense of humor, and he’s got game.

I wish him nothing but the best.

Franz definitely helped ease the transition period between Beilein and Juwan. Not quite sure how the last couple seasons would have gone without him on the roster. Maybe the single most important recruit Juwan will ever have because Franz allowed him to hit the ground running and achieve enormous success right off the bat. The critics and doubters were immediately silenced and now it’s smooth sailing from here for Juwan.

It’s the end of a Wagner era and we will miss those guys!

I really hope that he doesn’t feel like they lost the game because of him. Wasn’t his best shooting game but it wasn’t a great game for a lot of players and no one should put the blame on one person, especially not one that contributed in other ways besides scoring.

Best of luck in the NBA Franz and thanks for 2 great years. You will always be a Wolverine!

Yeah it’s tough because most of the time in college basketball players aren’t going out on good notes. Most teams lose and it has to be a sour note for a lot of players who put in so much work to win for their team.

Michigan definitely wouldn’t have gotten where they did this past season without Franz though. Great player, and he’ll be missed.

I’ve been expecting it since Atlantis, but it still hurts.