DeVante' Jones in concussion protocol, did not travel to Indianapolis 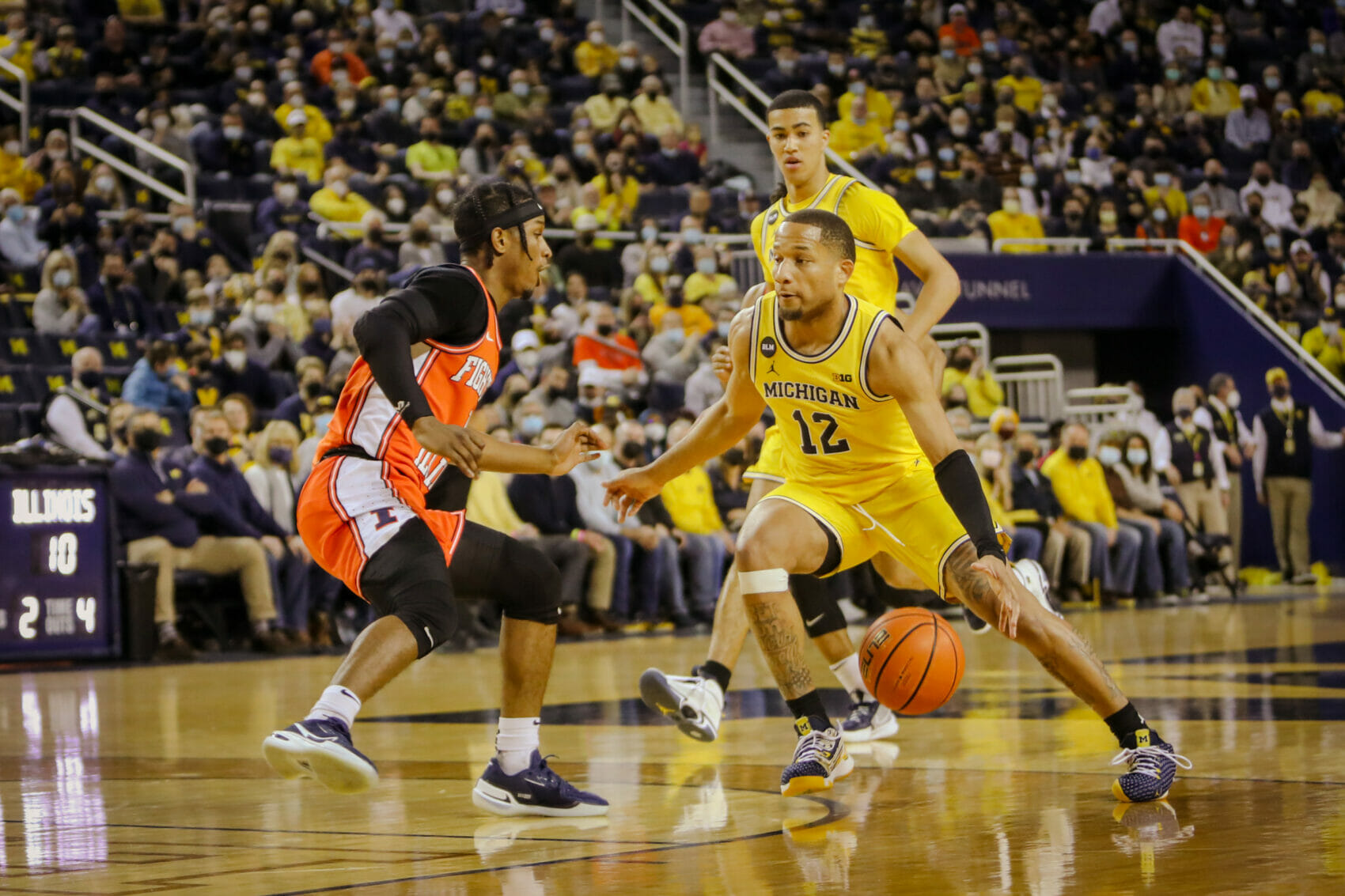 DeVante' Jones not in Indianapolis due to concussion protocol | UM Hoops.com

I know that Kyle Young hasn’t been on the bench recently with Ohio State so I think there are different elements about limiting exposure, etc.

Why cant we have nice things

Did this happen with the elbow to the back of the head in the last game? The one that they brushed off as incidental contact.

I assume not, because that was the Ohio State game which was something like 2 weeks ago at this point right?

It was always going to be that regardless. The question is what you do with the other 38 mins.

Oh well…I’m glad we got into the tournament. Give your best effort and flush all the nonsense from this year. Just terrible luck.

10 days ago, how long does the protocol ask for and under what conditions?

It was a practice injury:

@byAustinMeek
Howard says Jones was elbowed in the nose on a drive to the basket in practice. "Frankie's going to get an opportunity. So will Kobe. So will Eli."
7 Likes
GoBlueScrewOSU7 March 16, 2022, 2:43pm #13

What’s the over/under on minutes with a lineup consisting of Brooks at PG then 4 of Houstan, Twill, Johns, Diabate, Dickinson?

Sounds like a terrible lineup, but if it’s 0 minutes, then we’re looking at 40 from Collins/Bufkin.

Will it have to be 15+ minutes with only Brooks as a guard? Brooks, Houstan, Twill, Johns, Dickinson might not be terrible

What’s the over/under on minutes with a lineup consisting of Brooks at PG then 4 of Houstan, Twill, Johns, Diabate, Dickinson?

That lineup will (and should IMO) play some minutes.

How many points would this news move your overall score prediction? I go from Michigan winning by 4 to losing by 10.

That lineup will (and should IMO) play some minutes.

TWill guarding a 6’0" guard will be interesting

Do you agree with my opinion that this is a favorable matchup for Collins if he has to play 20ish minutes in a game? Poor on the ball defenders and nearly zero rim protection in the paint.

Am I crazy in thinking he could have some success?

Have a hard time even feeling bad for myself cause I’m just gutted for Davante. Hate it for him