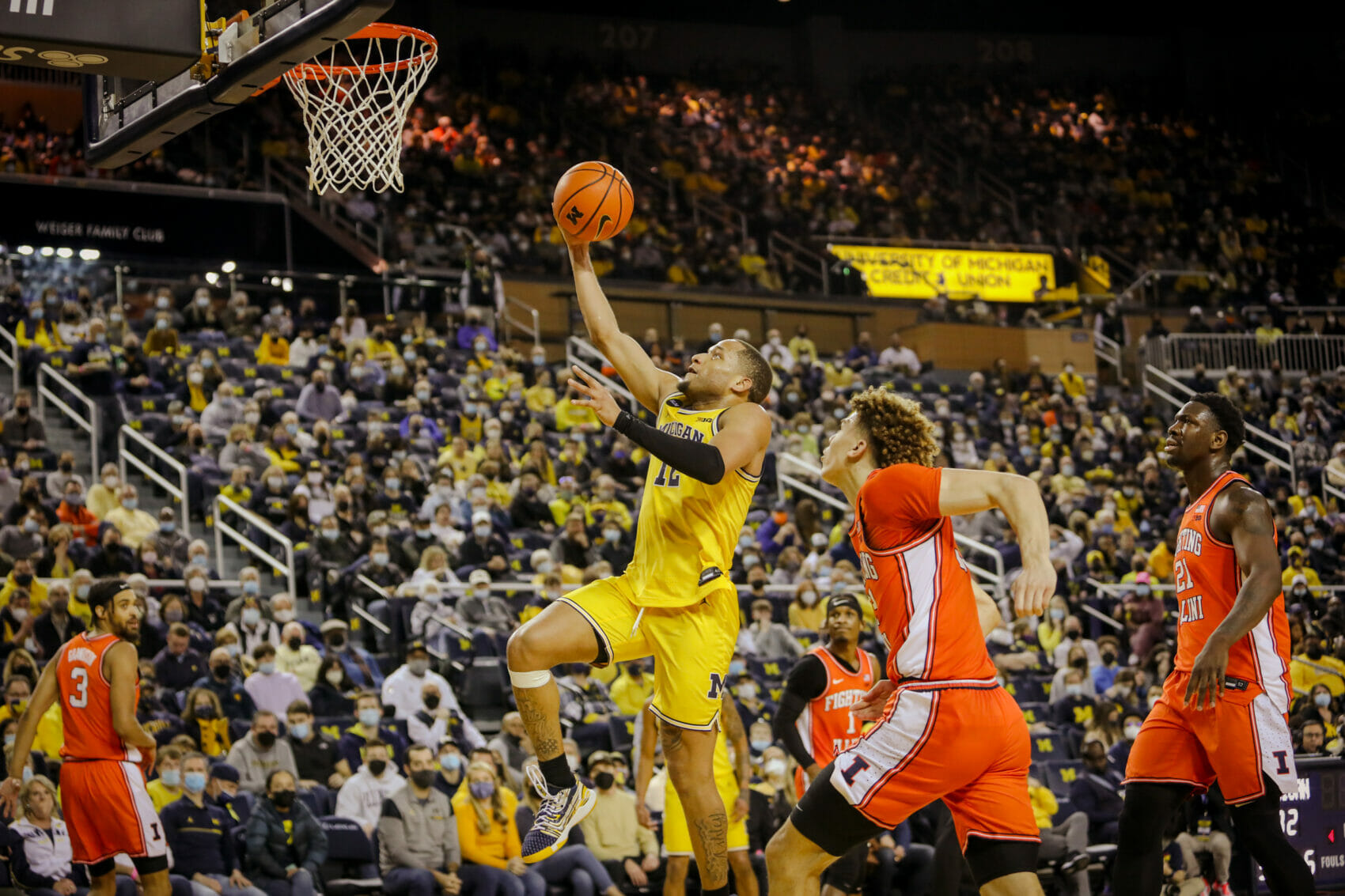 Michigan point guard DeVante’ Jones announced today that he is declaring for the NBA Draft. Jones spent the last year at Michigan as a transfer and technically had the option for one more year of eligibility if he chose. 12 signing out… THANK YOU ✌🏼...

A great Wolverine. Thank you, Devante.

Glad Devante got his redemption arc. Pulled Michigan into the tournament after a tough start and turned himself into a very solid PG.

As expected. Good luck Devante. Thanks for getting us to the tournament! Your performance against OSU will not be forgotten!

His performance in Columbus to punch a bid will always have him well regarded. I hope he enjoyed the year in Ann Arbor and it helped his pro status.

One thing recent seasons have taught me… Michigan fans are really bad at identifying good point guard play. Feel like UM is on a real streak of under appreciated lead guards.

The number of Michigan fans that felt Jones was the problem and Collins was the answer was… concerning to say the least. People don’t realize how good they’ve had it, and that Jones really wasn’t a problem most of the year.

You might be surprised to learn Devante Jones didn’t average 8 turnovers a game with the way some people talked about him, even post-December.

Collins was magnificent in Michigan’s two tournament victories. Didn’t get much run in the loss.

Devante was definitely under appreciated. Impressed with how he battled in the postseason despite being banged up. Who in the big ten would you rather have had by the end of the season?

Both things can be true. He struggled early in the year to understand his role, not gamble needlessly for steals, stay in front of his guy, etc. I am not saying that our criticism was entirely rational or properly moderated, but he wasn’t playing well at the beginning of the year and that was one of many reasons we were sitting at 7-7.

He was also fantastic in the second half and is one of the few reasons we were able to even make the tournament because he figured out how to be the lead guard in this system and maximize his effectiveness. We also probably didn’t give him enough praise either.

I am very happy he turned things around, had such a good season, and got to play in the tournament. Good luck in your next chapter of basketball!

Thank you, Devante’! You are a true Wolverine and will remain forever in our memories as a warrior and and a winner! We wish you the best of everything! Go Blue…Forever!

Both things can be true. He struggled early in the year to understand his role, not gamble needlessly for steals, stay in front of his guy, etc. I am not saying that our criticism was entirely rational or properly moderated, but he wasn’t playing well at the beginning of the year and that was one of many reasons we were sitting at 7-7.

Devante Jones was far from our biggest issues in November and December.

Great year from him. No chance Michigan makes the tourney without him.

If you could look into the heart of DJ you would see a selfless devotion to team and a willingness to do whatever it takes to help his teammates win! Devante’ was a young man who had to change his game and trust the process to make that happen…and he did! So proud of Devante’Jones!

Say what you will about roster construction, but Howard is hitting it out of the park in the transfer market. 3/3 on perfect fits.

Love Devante, wish him the best of luck

Let’s hope he hits another home run this year with a wing.

He was never as bad as people said, especially elsewhere but even here. All the blame for the team was put on him. He wasn’t good but the problems went way deeper than Davante.

Devante was pretty much one of the biggest keys for Michigan in the second half, he will definitely be missed.

Burke->Walton->Simpson->Mike->DJ is pretty good to say the least.