He is the only dude that leaves it all on the floor. Actually understands the mentality of a rivalry game. He doesn’t deserve this.

You are right. Nobody else looked like they wanted to be there. Both of our rivals punched us in the mouth and we did nothing. And we have another one coming next week.

Yup, I really laid into him after the first Illinois game. For the most part since then I’ve been extremely impressed with him. As you said, he deserves so much more than this.

If he keeps this up, he’s gonna be hard to keep off the first team all conference. Playing like a stud the last half-dozen games.

Feel extremely bad for Walton. I feel more sad for him right now than mad they lost.

He is playing his way into getting himself looks by NBA scouts that is for sure. Could see him as a solid UDFA or late 2nd

I doubt it. As good as he’s playing right now, NBA teams aren’t gonna sign a 6 foot guard who can almost literally only score outside the arc.

Derrick is anomalously bad inside the arc.

Yeah I don’t think Derrick has any shot whatsoever at the league, and a poor man’s Cook is just the guy he’s always reminded me of with no stat-based reasoning to back it up lol

If D Walton had the players surrounding him that Cook had I would bet his stats would look better also. Cook was a product of the talent he had around him. 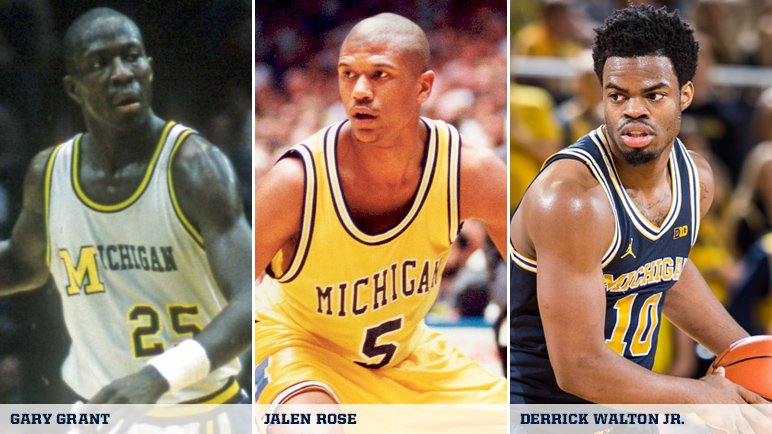 The past few weeks, Walton has been playing like Yogi last year or Trey in 2013. Putting the team on his back and making the big plays. Very happy for him.

By the numbers: A closer look at Derrick Walton's emergence | UM Hoops.com

Derrick Walton has elevated his game with hot three-point shooting, finishing at the rim and pick-and-roll efficiency. Here's a closer look at his breakout.

Derrick Walton is one of the answers to the question – If you could take a player from another Big Ten team to improve your own, who would it be? –

I’ve always loved Derrick. I thought he was gonna be a monster after watching him his first year. I know he was a hurt a bit but I was really surprised he struggled to take it to the next level. Glad to see he finally is reaching his potential which I think a lot of us thought he’d reach.

Miles Bridges. Great to take one from Sparty and is exactly the type of hard nosed über athlete that I think would help Michigan

Maybe you weren’t actually asking the question. Glad you have that kind of appreciation for a Michigan guy though

Miles Bridges. Great to take one from Sparty and is exactly the type of hard nosed über athlete that I think would help Michigan

Maybe you weren’t actually asking the question. Glad you have that kind of appreciation for a Michigan guy though

I wasn’t asking but, nevertheless, I’m glad to read your comments…
: ) There’s a ton of Michigan players through the years I’ve had appreciation for, though…Derrick is just the latest…and, BTW, I share your covet of Miles Bridges…heck, some of his missed dunks should’ve been worth a point here and there…

DW should be Big Ten player of the week this week. 22.5 PPG, 6 APG, 5 RPG, two must-win rivalry games and he was the best player on the floor at all times.