Why did they part ways with him? Grand Canyon has higher expectations than 4 20 win seasons in 7 years?

In theory, if the primer is specific enough, the false positive rate is low. But even if it is 1%, testing on a general population with prevalence far less than 1% will generate more false positives than true positives.

Grand Canyon has/had big expectations. For profit college. PAC 12 teams at one point refused to play them. I’m not an expert on the subject but they did things different. Jerry Colangelo of Phoenix Suns fame was involved with the school.

Yeah, I know it’s supposed to be an extremely well funded mid major with a ton of support, but it’s still a mid major and if a recruit has a choice of going to Arizona or Grand Canyon they are going to Bear Down.

Probably off note, but I’m trying to compile links to watch old NCAA tournament games over the next couple of weeks. I have found many full games on youtube but can’t find a link to the full game of Middle Tennessee State’s upset over MSU. Can anybody direct me to a link or can someone post the full game video of this historic upset?

I don’t know that one, but this YouTube account (RXwolverine) has the full games of the entire 2013 tournament run!

Nice, thank you!! Loved that Florida blow out on Easter Sunday.

Awesome. I could watch those VCU and Florida games a hundred times. The VCU game is a personal favorite. They were such a trendy pick to go to the final 4 that year. The dream ended quickly, and turned into a Michigan highlight reel.

I rewatch those every year between the B1G tournament and the round of 64. If you really want to go deep, this account has some games from the Fab 5 tourney runs.

Here are some other games from random years too:

Dude, it’s no longer on YouTube, but that Tennessee game from 2014 stressed me out all over again like it was yesterday.

Wow, thanks for these! I’ve always wanted to rewatch the Oklahoma State first-round game. Anyone know where to find that?

Haven’t found that one or the 2011 Tennessee game. Wish I had those to watch.

I torrented that game as well as the Louisville game a few years ago. It’s out there somewhere, but I don’t fully remember how I did it.

Haven’t found that one or the 2011 Tennessee game. Wish I had those to watch.

aka the Air Stu game

Nice, thank you!! Loved that Florida blow out on Easter Sunday.

That was such a great feeling, until Kevin Ware’s injury dampened my spirits (and appetite) shortly thereafter

Wow - thanks very much for these.

It’s ok, we paid our dues and then some. 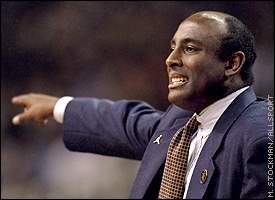