Caleb Houstan 8th, Franz Wagner 48th (note: this is a 2022 mock) I'm a bit surprised not to see Moussa Diabate somewhere on this list as well. twitter.com/DraftExpress/s…

First 2022 mock draft up on ESPN today, with scouting reports on ten rising prospects from @Mike_Schmitz and I https://t.co/2EeQzgzbiA 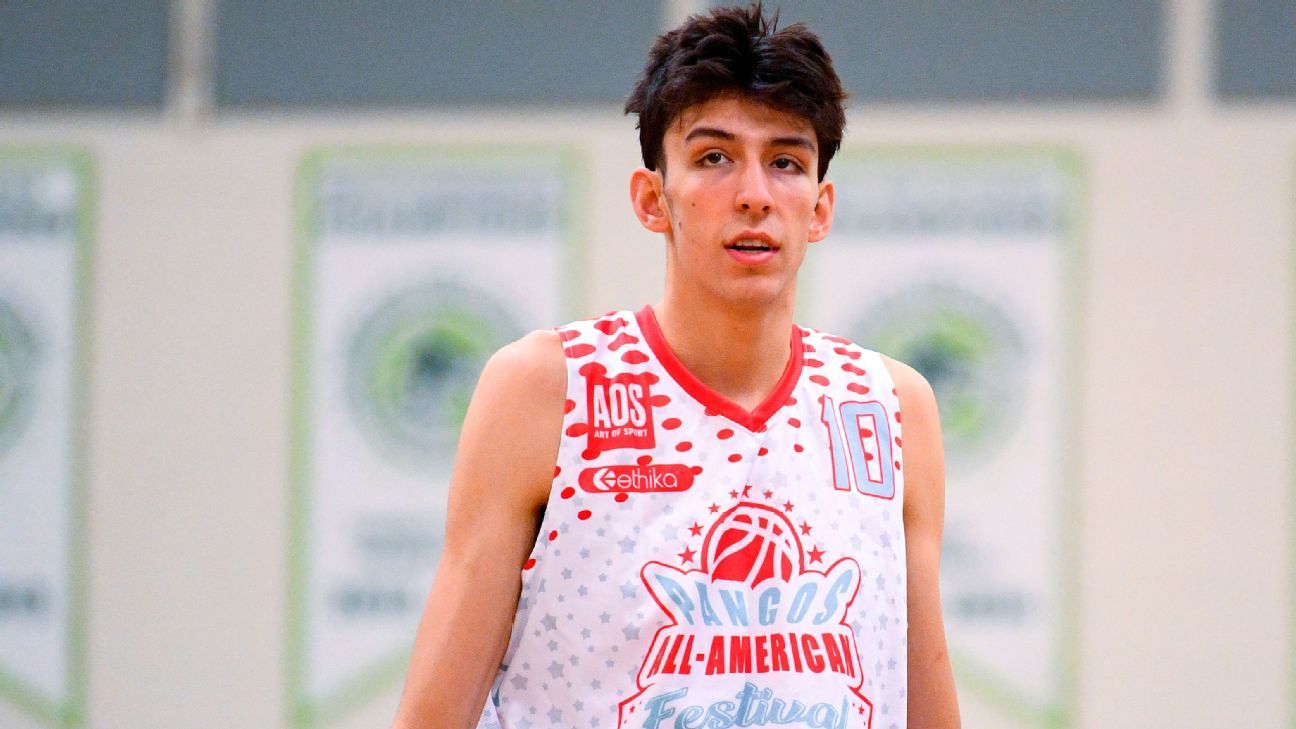 ESPN's NBA draft experts offer a glimpse of the league's future stars, submitting a 2022 mock draft and identifying potential risers in the class.

Franz being 48th on the 2022 draft board would seem to be a decent bit different than his previous stock, right? It’s only one mock but am I right that Givony is one of the biggest names in the space?

Could Franz play a pro year in Europe before being drafted in 22?

Think he had him in the 40s in his last 2021 Mock, or at least at some point. I wouldn’t read too much into it either way.

I appreciate that Caleb Houstan announced his commitment through Givony and is pegged as a top 10 pick.

The way that would usually work at this point is that a team could draft him and “stash him” in Europe, I believe. Don’t think that would be particularly likely either way.

A bit surprised? That’s an understatement. I mean he must have completely forgot about Diabate or something. There’s absolutely zero chance that he isn’t even a 2nd rounder with his measurables. I see him as an easy 1st rounder with his mix of skill and athleticism.

Could Michigan conceivably (under the assumption Franz stays) to start Franz/Caleb/Diabate/Chet(dream scenario) together??

He’s got about 2 possessions of experience running point, I think it’s time to hand him the keys.

It looks like he just forgot Diabate? Houstan seems high at #8 but who knows.

Wagner is being pegged as a mid 2nd round pick in 2021, as well. Maybe he declares and decides to come back if he’s only getting a mid 2nd round grade? There’s a big difference in guaranteed money between 1st round and mid to late 2nd round.

This is just my idle speculation, but at what point, given how close he was to just staying at Alba in the first place, would Franz decide it’s the better long-term play for his development? I’m not saying Franz is playing poorly, but clearly “mocked in the 40’s after his junior year” wasn’t his desired outcome.

I think Franz declares for the draft no matter what after this year. Don’t see much point in going back to Europe

For some reason, people kept suggesting this last year too… I don’t really see why it would make sense under any circumstances. He’ll go through the draft process this year and see where things stand… then stay in the draft or return to school.

Same as it ever was.

Yeah, I mean, he’ll “go pro” whatever that means. I just wonder if the idea of a decent contract in Germany makes “second round NBA draft” downside more palatable.

I saw this list this morning, but am forgetting/missing something? Wouldn’t Emoni be in this draft too?

Emoni is a 2022 prospect. He’s not eligible in the 2022 draft unless the NBA changes its rules. There’s been speculation he could enroll early at MSU, but I’m not sure he’d even be eligible for the draft under the current rules if he did that.

I think that Wagner’s decision will have more to do with his NBA stock than anything to do with Alba Berlin. I also wouldn’t read anything into where he’s mocked right now when he hasn’t even played a particularly good game.

No. That may be the five best players, but it’s not the best lineup. If your eleven best players are offensive linemen, you don’t throw them all out there and force some to play receiver, one to be a QB, and one to be a running back.

That doesn’t seem like a great analogy. Positional fluidity between spots in basketball is much more reasonable than the examples you give with football. Playing Wagner at the 2 wouldn’t be optimal, nor Holmgren at the 3, but they’re both far more reasonable than putting an offensive lineup at quarterback or running back. And it doesn’t seem very comparable to me. A much better comparison would be sliding a defensive end inside to tackle. Or a guard to offensive tackle. These things happen, even if they aren’t optimal.

I don’t disagree with the idea that the lineup presented above wouldn’t be great though.

I assume Franz would predominantly play at the 2 if he came back.

You’d hope Zeb and Williams can make a sophomore year leap and be viable backups at multiple spots. If Johns doesn’t transfer in the above scenario, then he’d fill out the rest of the rotation with Collins and Bufkin getting spot minutes unless Zeb really fails.