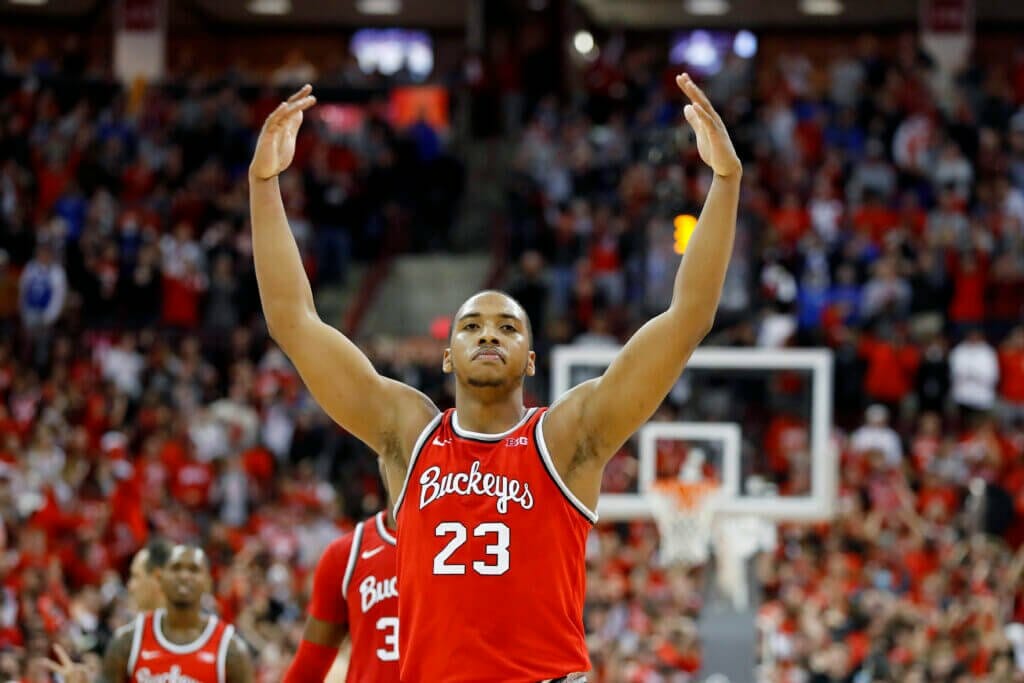 With the official start of practice less than a week away, UM Hoops and Inside the Hall have once again partnered to bring you our annual preseason breakdown of the top 25 players in the Big Ten. The series is broken into five parts and our third...

I really don’t think there’s much difference from about 6 to 25 as I said. I’m a big fan of Llewellyn’s game and think he has way more upside than Hepburn, but always hesitant to be overweight on newcomers/up transfers.

This is my new guess

I am not saying I disagree, because as Dylan has said, it’s hard to distinguish between lots of these guys

Exactly 50% of the polling is an Indiana site!

Hey man not everyone could exist on the floor on the 37th best KenPom team while a NPOY candidate took every shot.

I think you are underrating how rare and difficult it is to start at PG as a freshman and be good. It’s just a pretty obvious spot where he’ll take a step forward and have to take on a bigger role.

I think we have a different definition of good

i just think that playing point guard for a team that won the league shouldn’t be described as being “physically present while other guys did things.”

The reality is most of these guys in this range are wildcards. Key is a toss up to me, Garcia could go any direction, Mayer was a preseason AA a year ago and then… wasn’t that.

Dylan and I both had the Indiana point guard ranked in a similar spot, FWIW.

Sure. but a guy with 15% usage, 100 ORating, 14 AST% Rate and 42 2P% is about the worst bet you could make… Like Brad Davison as a freshman was waaaay better than Hepburn, and I don’t think he ever cracked top 25 player in the league at his peak.

Just because he shot a higher percentage or what? I don’t think there was ever really a trajectory for Davison to play PG or take on a bigger role. He was basically always going to be that standard 2G/medium usage/shooter/defender. Similar to the Eli/Stu type of role.

I would say that Hepburn is going to pretty obviously take on a big chunk of Davis’ usage.

I’m very interested in further fleshing out the point guards on this list that are above Llewellyn and what that means. If it’s just cuz he’s a transfer, I’m surprised Dawson Garcia + Matthew Mayer would be ranked as high as they are, compared to Michigan’s clear (only?) guard capable of generating offense

I mean, Mayer is definitely an elite shot maker when he’s on. He obviously didn’t shoot it well last year but he can make shots from all over.

Brad Davison was the WIS PG as a freshman and was just better than Hepburn in every way (passing, effeciency, usage, etc). He didn’t really play PG the rest of his career because he was next to better players from that point on (Trice, Davis), but idk he just had shown way more game than Hepburn.

I agree that Hepburn is gonna have above average usage… But I gotta think in the average case that goes pretty poorly. I’m gonna guess that is goes back to being a post up heavy offense with Crowl as the #1 option and then some Wahl and Hepburn as the #2 guys.

I’m very interested in further fleshing out the point guards on this list that are above Llewellyn and what that means. If it’s just cuz he’s a transfer, I’m surprised Dawson Garcia + Matthew Mayer would be ranked as high as they are, compared to Michigan’s clear (only?) guard capable of generating offense

I would say a hedge against an up-transfer primarily. Same thing with Jahmir Young. I don’t really know that there are tiers of PGs right now that you can really break out. Especially because teams ask their PGs to do different things. And some teams are good and some are bad.

I’d put Xavier a tier above since he’s really established as the guy (minutes, usage, etc.) for a team that should be in the top half. Not sure that’s always a great thing, but the only other guys returning to the same situation is Buie and Pickett and they play for bad teams.

DeVante’ averaged 10-5-5 last year and wasn’t All-Big Ten, so I think hypothetically Llewellyn could be U-M’s No. 2 or No. 3 option, starting PG, etc. and maybe still be fringe All-Big Ten?