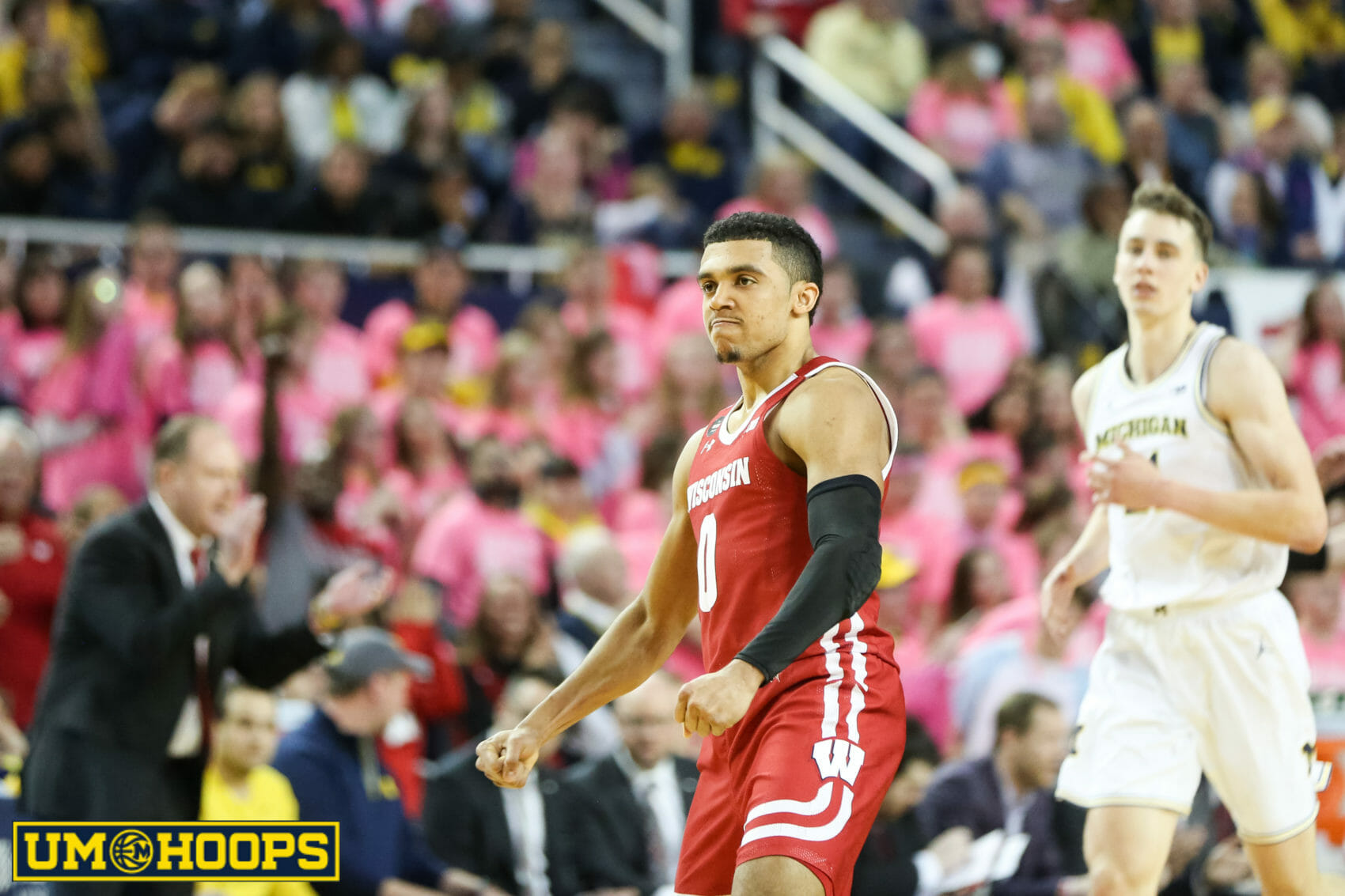 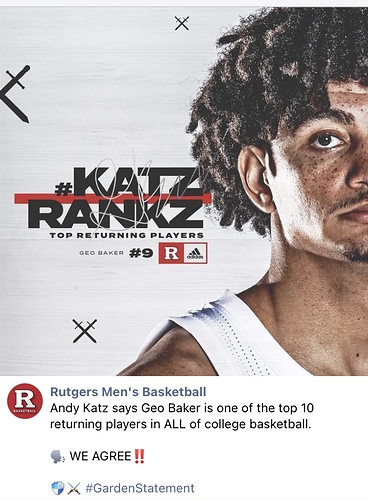 Didn’t you see how he banked in that game winning 3 that one time???

I think the only notable thing I can think of from Andy Katz since his move to BTN is his vitriolic attack on that Wisconsin player for transferring. I’ve tried to avoid giving clicks to his stuff after that.

Interesting…no players from Michigan or MSU so far. You figure that Livers and Wagner are definitely in the top-15 from Michigan and Watts, Henry, and Hauser are from MSU. That leaves just ten other players.

I like these pieces because it helps me recalibrate before the year. Obviously we’ve got Potter, Garza, Dosunmu, TJD, Carr, and Cockburn. So there are four I can’t think of off the top of my head.

That sounds about right. I should have remembered those! I totally forgot about Williams though.

We got this covered, @umhoops. Take the next few days off!

I find it curious that Dickinson made the also considered list, but not Brooks.

I thought that too at first, but the reality is that Brooks entering his fourth year and having played so many games is probably considered close to his ceiling. He’ll be valuable, play a lot of minutes, play good but not elite defense, hit a solid % from three but not elite, etc. The biggest variable might his usage without Simpson…but I suspect that the opinion is we’ve seen what he’s got and a minor improvement is about all that remains.

Dickinson is just all potential at the point and as the second highest ranked recruit, playing for an offense that values centers, and without an obvious contender for minutes? The sky is the limit!

I get what you’re saying and I mostly agree. I thought Brooks improved quite a bit last season while being asked to do a lot more. I don’t think it’s a given that he can’t show more improvement if asked to play a different role in the offense.

Very true that we weren’t sure what to think of him before the season and he played pretty well all year. He’s certainly going to be given ample opportunity to shine as our only proven B10 guard on the entire roster.

Realistically if he can hit 40% of his threes and show some level of success as a true PG, that’s probably his ceiling and one we’d all be thrilled with.

My guess at who’s left
1 Garza

If I had to guess what Dylan would put, I don’t think he’ll have Watts or Livers that high. Move Reuvers and Wieskamp up past them.

I’ll make a prediction right here–Eli Brooks’ numbers, last year and this, will be better than those of Adam Miller this season, and Miller is #24 on the list. And Brooks will be the best defensive starter on his team, while Miller will be the worst (if he starts) or the second worst. Adam Miller has a much higher ceiling than Eli Brooks, and may turn out to be a superstar down the line. However, if you’re choosing the Big Ten’s best players for the coming year, I don’t see a great reason to believe that he will be better than all, much less most of the following list–Brooks, Brad Davison, Gabe Kalsheur, Trent Frazier (on Miller’s own team), Duane Washington, Seth Lundy, C. J. Fredrick, and maybe even Eric Ayala–all of whom are wings like Miller. and none of whom will make the top 25. If I’m wrong, I will be back to eat much crow.

That’s a reasonable take. I actually wonder whether Dosunmu and Kofi returning makes it less likely that Miller is a breakout since he can be a role player this year before taking on the star role next year.