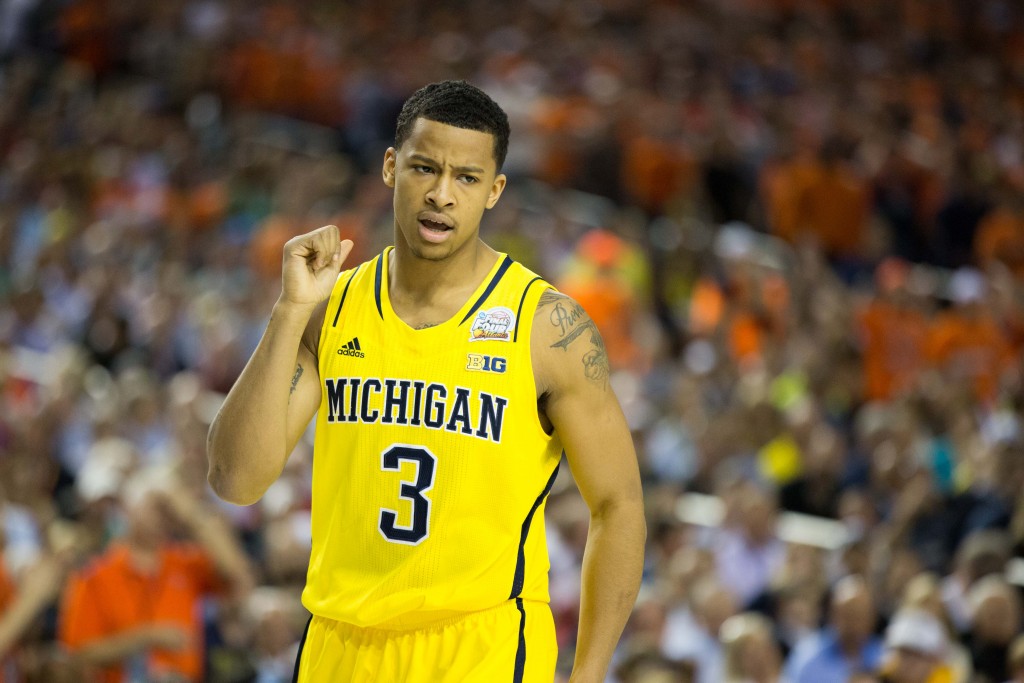 John Beilein won 278 games in 12 seasons at Michigan. He made the NCAA Tournament nine times, including two trips to the Final Four, and hung six banners in the Crisler Center rafters. While the Beilein era came to an abrupt end in May, and the Juwan...

Thought this would be a fun way to look back at the last decade and change under Beilein. Simpson vs. Walton is a really interesting one that someone brought up in the AMA.

Very good argument for Walton’s legacy earning him the #2 (for now) over Z. I didn’t think I would be convinced before reading it.

Again great write up Dylan. Hopefully X will flip into #2 slot at season’s end. But since JB’s departed people would say X no longer would qualify.

Ha! Yeah, X could end up on both coach’s lists

Great article, can’t wait to read the next 4. Might as well throw in an All Beilein 1st, 2nd, and 3rd team article to finish off the series.

Loved the content Dylan! That Burke shot chart vs the other guys is eye opening.

Also Morris vs Simpson shot chart/offensive ability is surprisingly close! Never would of thought that. I think it shows that Simpson is really looked at based on his deficiencies vs. his strengths. He is a good offensive player. Morris could be relied on more in the “Do Something!” Stage of the shot clock.

The Simpson “hook” zone on the right is one of the more unique things I’ve seen on any shot chart. And that’s saying something because I make a lot of them

“If Walton doesn’t flip the switch and Michigan misses the NCAA Tournament, there’s no telling how Beilein’s final two seasons play out.”

Playing this out further, does Beilein ever get the chance to go to the NBA if Walton doesn’t finish the year like he did? Does Michigan, with perhaps less momentum as a program, fall somewhere short of the Final Four in 2018? Is Beilein therefore still coaching in Ann Arbor? It’s an interesting alternate history to play out.

Thanks Dylan…the past 12 years have been one hell of a ride. Hoping for another great 12 and a Cavaliers resurrection! What a great list of PG’s! Ironically, JB started with point guards on the rebuild, it all starts at the point and ball control. Covet thy possession!

It is interesting because the 2018 and 2019 teams ended up being essentially on the same level as the 2013 and 2014 teams. Essentially, another coaching peak for Beilein. Without that peak, he’s probably not as much of a hot commodity in the NBA but I wouldn’t say there was no chance of it happening.

Would love to see the overall assist/TO ratio. I bet no team in the country would touch it over 12 years!

Fabulous idea for a summatory series of features about Beilein and his teams.

Two things: 1. So Livers is a 4 on the Beilein list and a 3 on the Howard list. That’s unique.
2. How about a feature in this series about the best glue-guys of the Beilein era. I suggest we define glue-guy as doing the little things and making the team greater than the sum of the parts.

Not really. Beilein’s teams tended to run small; Howard seems to be signaling a turn to more “traditional” size at a position. Further in Beilein’s system the 3&4 were mirror images on offense, so not much unique about a player flipping between the two spots.

I agree with you about Livers and I think he will excel in the 3 position, it’ll be interesting to see if his chart changes from where the shots are taken from.

This article below is from the Detroit Pistons interview which was the first NBA interview with Beilein, more or less confirms the curiosity. My guess since he makes the final four twice it propelled the interest in him at the next level. Without the second final four I don’t think he gets any interest. We soon learned that the flirtation became a marriage only one year later.

“Jun 27, 2018 * Associated Press
So Beilein has plenty to look forward to at the college level, and he indicated there might not be any more flirtations with the NBA.”

I’d say you have a fair point, but the Beilein 3 and 4 were more similar than in most offenses, not quite mirrored. The 4 played more around the baseline and the 3 more from the wing, as I see it.

The 3 and 4 were definitely mirrored positions in Beilein’s offense. Anything that they ran to one side they could run to the other. Beilein liked to put lefties at the four because of that.

Generally speaking though, they would run more stuff toward the three because of the fact that better or more dynamic players were usually at that spot.

Maybe the shot chart moves away from the baseline.