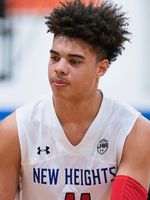 Live blog updated throughout the day from day three at the UA Challenge.

Alongside him is one of the more underrated wings in America, Lester Quinones. Too put it lightly, I just don’t get why practically all of the nation isn’t prioritizing him. He is a 6-foot-5 wing that can defend and make shots at a more than solid clip, a combo that is valued greatly in today’s game. Mullin, Ewing and Seton Hall’s Kevin Willard were on hand for Quinones, as was WVU and Maryland, as the Terps offered him last night.

Goes to St. Benedict’s prep, a basketball factory of sorts in Newark NJ. Alma mater of JR Smith. Is he a combo?

Recent grassroots video in his profile linked above as well… I wouldn’t call him a PG. First talent: shooting.

I’ve seen more tape of him than just this one. Kid’s obviously an outstanding shooter from deep, but he takes it to the hole well, too. In one video I saw a one handed ally oop dunk that was pretty impressive.

The competition in this video wasn’t particularly stellar, but he certainly dominated. I personally think he’s a combo and a good one.

I’d like to see us get all over this kid, but again, I just trust Coach B.

Lester Quinones with one of the showings of the summer. 37 points in a heavily talented contest with Team Rio. Watched closely by Michigan, St John’s, Seton Hall, Pitt, Maryland, UCLA. Two-way wing that makes shots and competes
bebopson July 28, 2018, 1:58am #7

Nice footage in this one too.

If Michigan can’t land Beverly or Watts, Quinones would be one of my preferred options. Tall, can shoot, solid defender and he was producing for a winning AAU program on a shoe circuit. Kid wins and he fills a spot that I’d like to fill in the 2019 class, which is a shooter with decent size for a SG. Not as versatile as Beverly or as flat out as a bucket getter as Watts, but somewhere in between.

I really like this kid. The hair would even fit in nicely with the Jordan Poole look, too!

Based mostly on the things you’ve posted, I’ve really become a fan of Beverly and hope we put on the full court press with him. Very versatile, great kid, great family, Michigan talent (I know he’s headed south to Montverde for his senior year). Sounds like we’re not getting Watts, but what an awesome shooter and scorer he is! Josh Green and Cole Anthony are both LONGshots, at best. So, I really like Quinones.

I guess my choices would be, 1. Watts, but only if he wanted to come in and accept the inevitable discipline and the COACHING of Coach B, 2. Beverly, 3. Quinones, 4. Bajema (seems to be really rising!) UNLESS…could we get Green or Anthony? Then all bets are off. Hmmm…this is why Coach B gets the big bucks!

Well, this and a lot more!

Top-65 wing Lester Quinones stands out with a 37- point performance as top programs pursue him.

Michigan: “They have been contacting me pretty often of late. We are just building a good relationship and he (John Beilein) just tells me he is coming to see me and that I am a special player and to keep playing hard. He has just been saying that it is school tradition to go on a visit there to get that offer, so he is just waiting for me to go on a visit first

Vernon Carey cements his status as the top prospect in the 2019 class.

Was it the best performance of the summer? I am not entirely sure, but it is in the mix. Lester Quinones lit the nets to the tune of 37 points off of 13-of-22 shooting from the floor, aided by the five perimeter jumpers that he made. A wired-to-compete wing that can easily evolve into a 3-and-D prospect thanks to his dominance as shot maker and his buy-in as a perimeter defender, there is a lot to like about what Quinones can do now and what he can become in the future.

He was mighty impressive with the Dominican Republic 18-under team last month, averaging over 17 points per game in FIBA play and he has carried that momentum into July, as evidenced by his tremendous showing in Vegas. Michigan could be the next to offer, and John Beilein has made it a point to see multiple games of his this week. Pitt, Seton Hall, UConn, St. John’s, Maryland, Ohio State and UCLA are among the others in contention, but this recruitment seems to be expanding

I’d take LQ at Michigan over Beverley and think he may be a better “fit” then Watts.

It’ll be interesting to see who gets the next offer. Will it be Beverly, or Quinones, or Bajema? Or will it be someone else that we don’t yet know about? Recruiting!

Blessed to receive an offer from Arizona 🙌🏽⚪️🔴 https://t.co/hBsWuHfzVG 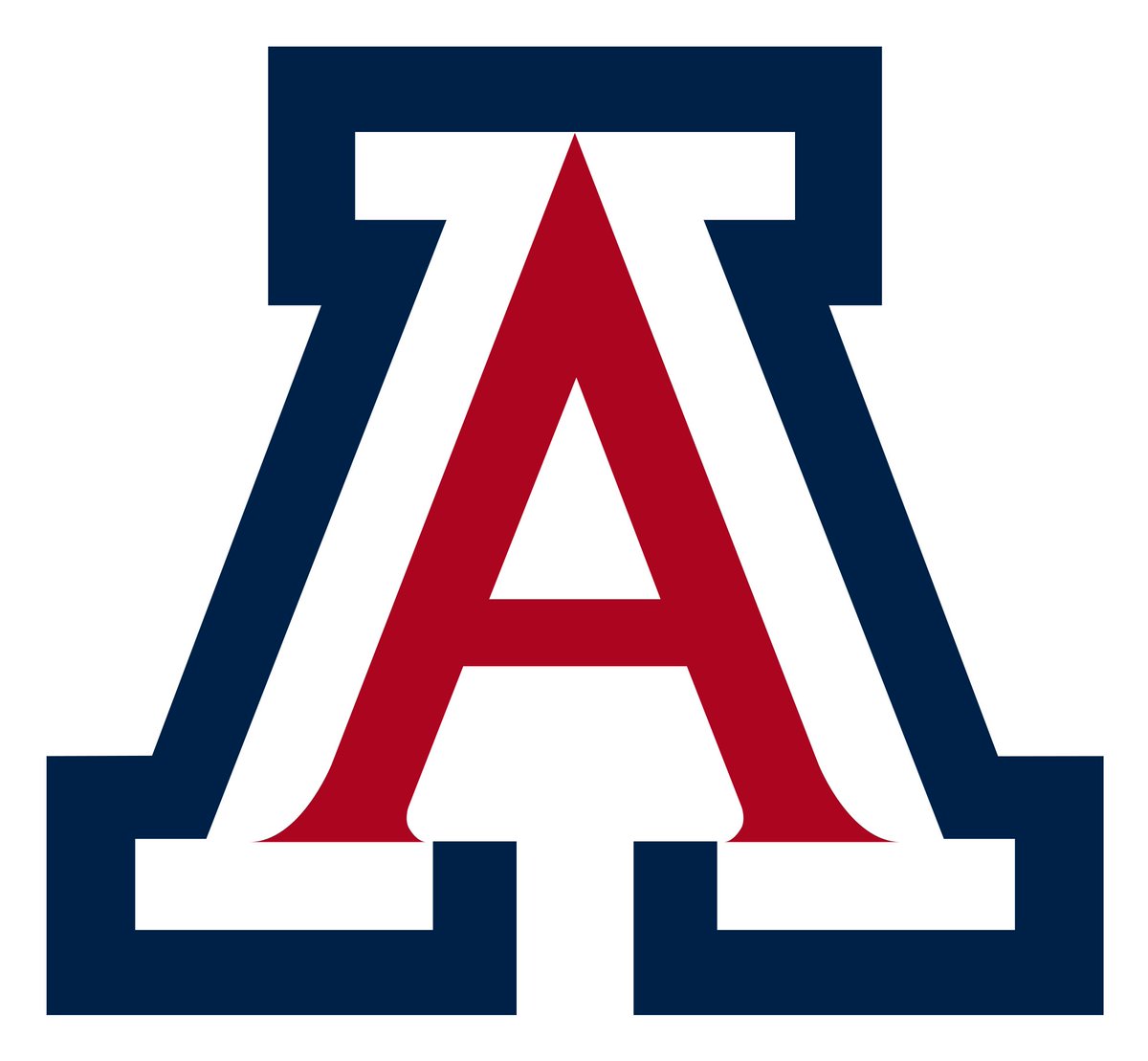 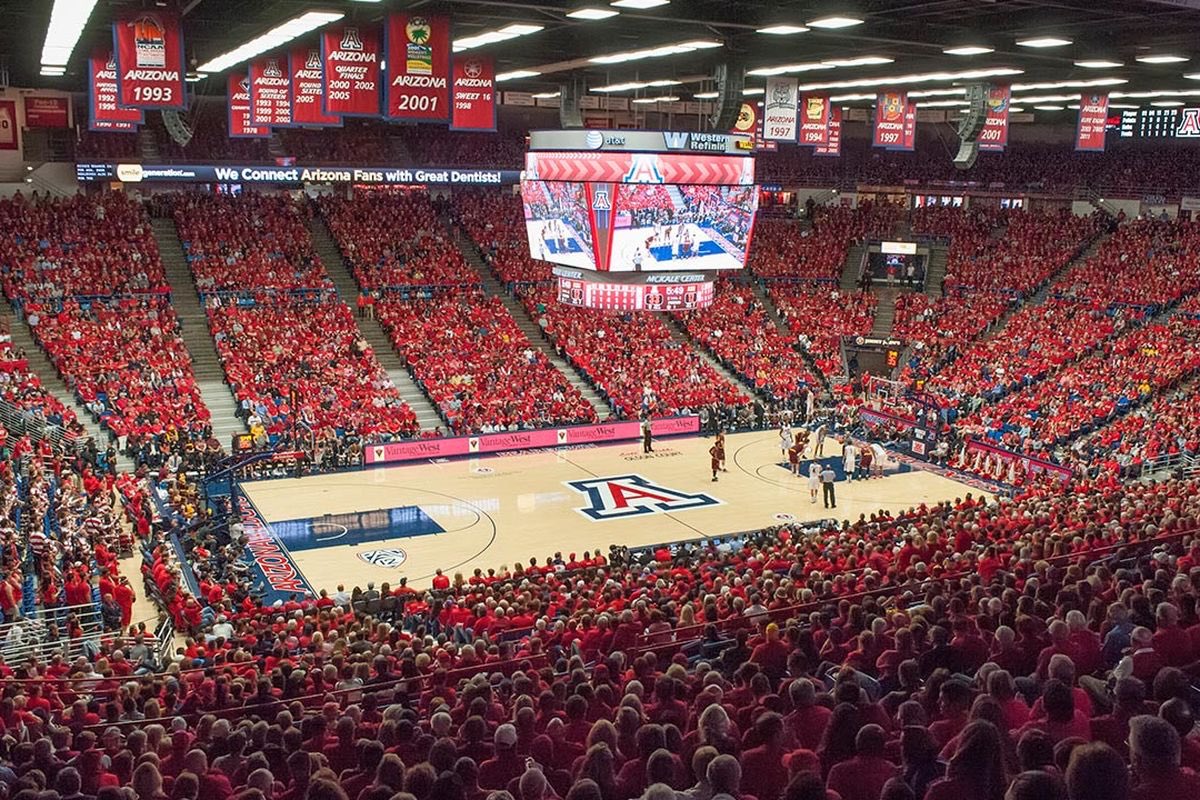 Honestly I’ll take any of that group without complaint. All of them are top talents. Only one I know nothing about is Bajema but I’ve heard better things from coaches aboutnhim already than Girard. Hoenstly any of the players you listed I’ll take and only one I wouldn’t be thrilled about is Girard

Only reason I’d take Beverly is because he has more versatility and upside. He splits opinion between coaches and scouts as to if he is a PG or a wing. Also, not many didn’t know that Beverly couldn’t dunk until just about 2 years ago. And now he’s one of the best athletes in the country. His upside is excellent and the ability to play 1 or 2 is perfect for Beilein’s system.

I’d still love to take LQ and wouldn’t be mad at all if we got him over Beverly. I think it’s more probably Michigan landed LQ over Beverly anyways.

As I said in an earlier comment, I’ve become a fan of Beverly primarily as a result of the information and insight you’ve provided about him. And I DO appreciate your insight and the information you provide. I really like LQ as well and have since I first read his name and that JB was watching him. I immediately Googled him and watched what tape I could find of him. My level of interest in him has only increased since that time. I do wonder if he might be too similar to Jalen Wilson. Can LQ play the two, or is he a three? Cole just continues to “blowup.” He’s already 6’6 or even 6’7. Does he have the athleticism to guard high DI twos or is he a three? I really believe we need a combo or a two in the 2019 class. I guess that’s why I still have Beverly first among the three. I agree, though, I’d be happy with any of the three. Of course, I still trust Coach B on all of this.

Edit: For the grammarians out there, sorry about the lack of paragraphs. I wrote this on my phone, and I thought I had broken it up into paragraph form only to see, after reading it on my laptop, that I hadn’t. One more example of an “old” guy not being computer literate (smart phone literate?) enough to utilize the device correctly. Life is such a learning process, even at 71!

I like Quinones because as BP3 mentioned he’s a shooter with good size for a 2. That is something that neither Watts nor Girard has. I think he’d be a really good 2 way player. Bajema also has size if he can play the two, but I would guess it’s more likely he bulks up and is a decent sized 3 in college.

Yes, I agree. If LQ is a legitimate two I find him to be an outstanding prospect and would be very happy to get him. A trusted poster told me he’s “not a fan” of Quinones in a PM and I don’t know why. I sure am. Last week’s performance only enhanced my fandom, as it were!