Anthony will be 18 in May

POSITION
COLE
ANTHONY
6’2" | 180 LBS | PG
ARCHBISHOP MOLLOY
NEW YORK, NY
CLASS OF 2019
UNDECIDED
If there was any argument about who was the top point guard in the 2019 class, it was squashed on Friday evening by five-star guard Cole Anthony. Playing up on the Nike EYBL 17-under level since he was a freshman, Anthony kicked off his senior travel-ball season in an emphatic manner. Whether it was explosive finishes at the basket, mid-range pull-ups, or catch-and-shoot 3s, Anthony did it all.

He has flown under the radar a bit, but after seeing who was in attendance and the dominant stat line that he produced, it’s pretty clear this is going to be a blueblood affair, as UNC, Duke, Michigan, Villanova, Oregon, Georgetown, Ohio State, Michigan and Notre Dame are among those that are in the hunt.

In the past, I had issues with Anthony’s decision-making and shot-selection abilities. But the PSA Cardinals star made his point by scoring from all three levels on the floor while also displaying better facilitating abilities than I had ever seen from him. Pound for pound, Anthony is a much better prospect than Trevon Duval was at this stage of the game. Unlike Duval, who could struggled to find the basket, Anthony has the moxie, toughness, confidence and upside that says he should be a top point guard in 2019. Jalen Lecque, Ashton Hagans and Josiah James may still have a say, but if Anthony keeps doing what he did on Friday evening, this discussion is closed.

I think the Coach Beilein prestige will be permanent now. What he’s done the past two seasons has been astounding. Clearly one of the best coaches in all the land.

This may be the best recruiting staff he’s had as well. A young, talented, energized trio. 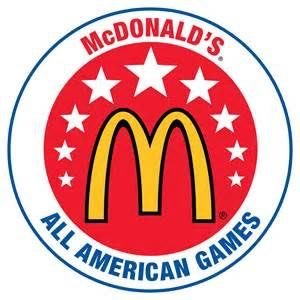 Notice the absence of Blue Bloods like Duke, Kansas, Arizona and MSU.

Notice the absence of Blue Bloods like Duke, Kansas, Arizona and MSU.

Maybe so. I agree with this but kids generally don’t care about college as much at that high of a level. They want to be NBA first rounders immediately. The general perception still leans heavily towards Duke, Kansas, Kentucky and those teams more than Michigan, Villanova and teams that are generally as good in college but don’t get one and dones. Until a couple kids in a class can go against the grain, it’ll be tough for Michigan to get put into that discussion. I see two different interpretations of “blue blood”. One is the one where Michigan is towards the highest tier, the other is the strictly one and done blue bloods. This isn’t a great example in writing. It’d be easier to explain verbally. It’ll be tough for Michigan to truly reach the Duke, Kentucky, Kansas level in recruiting 5 Stars consistently. But Michigan is gaining more traction with those types of players for sure. They are getting much more serious looks from those caliber players. Getting them to commit is an entirely different matter. The article about Wilson even says that

I for one, care less and less about getting the one and dones. I would rather hang banners and see kids develope over a 2, 3, 4 year period than see a top 10 player wear the uniform for one season. The pursuit of the one and dones hasn’t been a guaranteed success for the blue blood schools and hasn’t even worked out that well for some of the players.

People were excited with the 2016 class because we were shooting for the stars with Battle, Leaf, Thornton kinda Bridges, Langford, etc. We all see how that went, and with the FBI thing we all know why it went that way. I personally love everything about our 2019 targets. I think they’re past the “definitely will get paid by someone” range while still being a jump up in talent. A lot of great fits that would blend in incredibly well with the roster.

Cole Anthony put up some incredible numbers this weekend…

Just under 28 ppg, shot 63 pct from 3 and 90 pct from the ft line, 9 rebounds per game… I know we aren’t getting him but sounds awfully impressive.

Why not? I’m not giving up on him.

Put it this way, I find it extremely unlikely that we are getting him considering who’s involved and that the FBI investigation doesn’t appear to have changed the recruiting landscape too much. Certainly there’s always a chance and ultimately Beilein and his staff have generally been good at identifying who they have a chance with and who they do not and in going so prioritizing their time. We’ll know soon just how serious of a player Michigan is in the recruitment. I’d love to get him but I know it’s not likely. 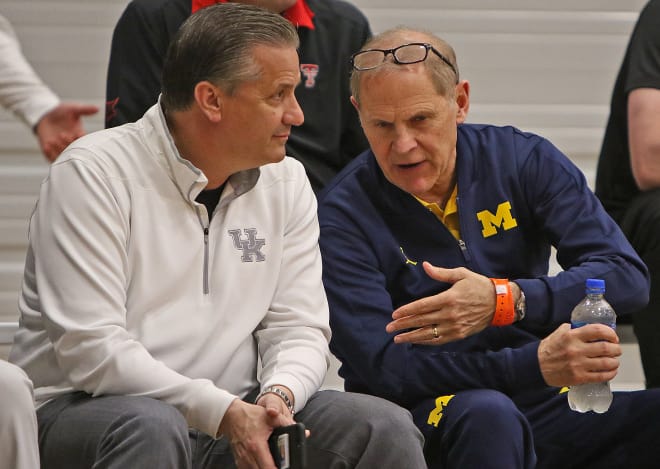 “Heading into the second live weekend of April, there are some teams that appear to have positive momentum on the recruiting trail https://t.co/4j7zTMmR4P”

Like I said awhile ago, Michigan was never seriously interested in Beverly. Belein never personally contacted him until this week. He has visited multiple times which shows an interest on his end, but Michigan never really reciprocated it to a certain extent. I get it though. Michigan is also targeting Watts, Carton and others. In the past, Beverly would only be in contact with 1 or 2 of the assistants periodically, but never Belein from my understanding. For the first time in this process, Belein reached out Beverly himself. Coach Belein watched him when he matched up with DJ Carton last weekend in Dallas (Beverly’s team won and he led with 15 & 7 assists). And then apparently Belein watched him again last weekend. He must’ve came away impressed with Beverly cuz apparently he is going out to Minneapolis to watch him again. DJ Carton will also be in Minneapolis this weekend.

We will see what happens with Beverly and Michigan going forward.

What position is Beverly expected to be in college?