Is there such a thing as a Beilein bump in the rankings, i.e. recruiting sites take note of the fact that Beilein is a great evaluator so, if he likes a kid that much, maybe we have him underrated?
For me, Castleton’s film says top 100 easily.

Rivals and 247 (their own rankings not the composite) now both have Castleton around the 80th ranked prospect.

No other ranking matters (unless you want to get into stuff like Matt D’s Endless Motor rankings). ESPN’s rankings have been a joke for years now. They dramatically cut down their staff a long time ago because it wasn’t bringing any clicks. Their rankings literally only still exist so that they can say “This guy is a ESPN top 100 player” during the high school basketball games they broadcast.

I generally find the rankings to be pretty meaningless – especially between about 30 and 150 – so that won’t be something that I spend my time analyzing or investigating. 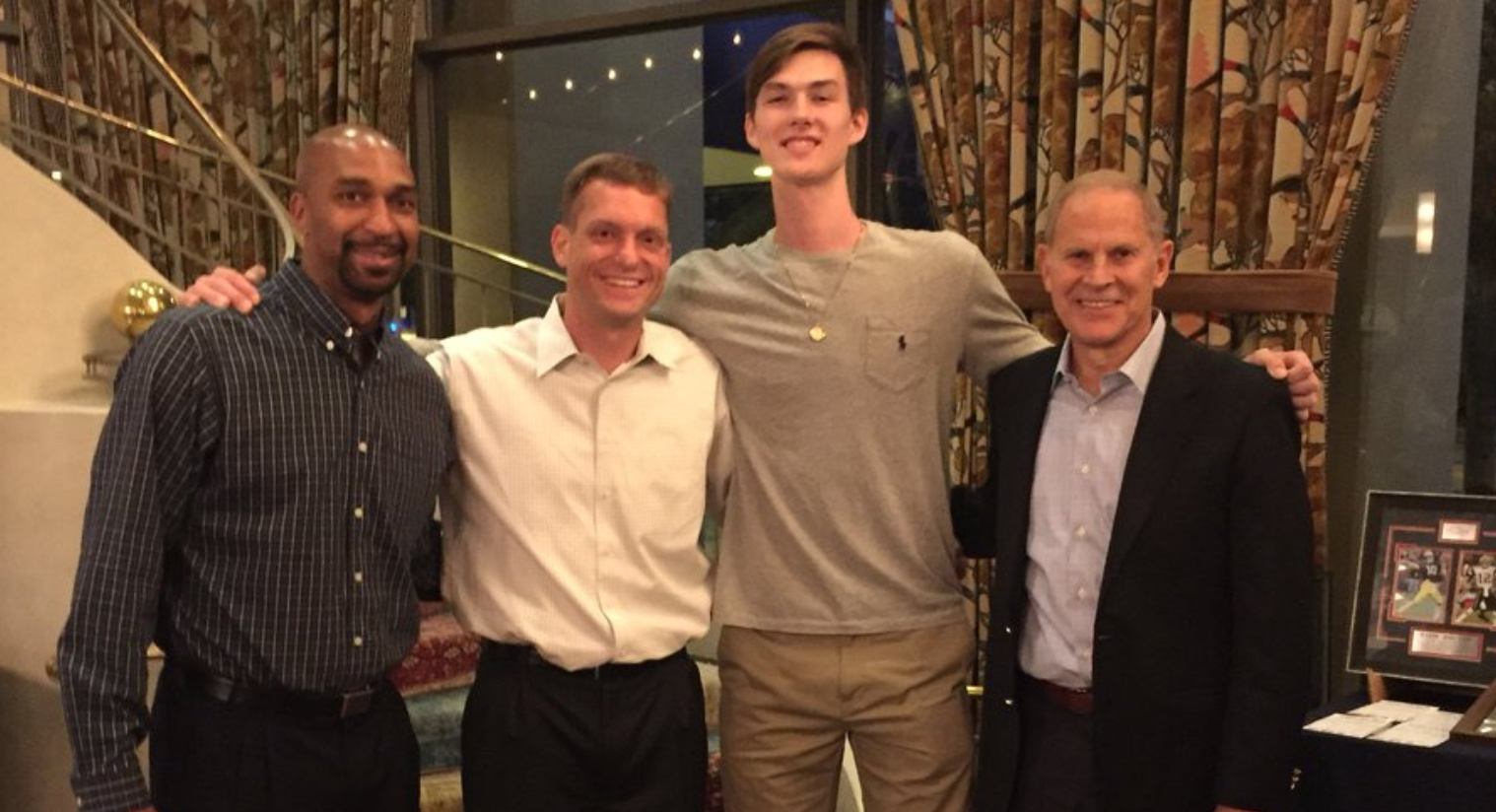 Colin Castleton didn’t expect to be here, and with good reason. His freshman year in high school, he got cut from varsity. “I didn’t think he was ready for varsity,” said Eddie Miller, the coach at Father Lopez Catholic High School. “We were pretty...

When Colin came to Michigan, he just hadn’t yet grown into who could, and potentially, would be. I don’t mean that a a knock on him at all, but he needed to grow mentally and emotionally as well as physically, and then he came north from Florida to a different culture and a different environment. He was young and he wasn’t particularly mature yet. If I remember correctly, Moe came back, and Teske was developing into the next Michigan big man. I think that helped make going home seem like a pretty attractive option for Colin.

I wasn’t upset when he went back home to Florida and I think, and thought at the time, too, that it was a good move for him. He has grown in all three areas I mentioned, and he has played well there. Obviously, the other night he had a great game. I continue to wish him well.

Didn’t he leave when Hunter signed? I thought Colin would be the likely starter in Hunter’s freshman year (it fell to Davis instead) although Dickinson would have replaced him at some point, as he did Davis.

Yes, that is correct. Castleton backed up Teske as a sophomore and was in line to compete with incoming freshman Hunter Dickinson for the starting job his junior year. He made a great call as he has become one of the best bigs in the SEC while Hunter has become an All-American

Feels like this topic could move to the “Former Michigan players in the NCAA” thread, but happy to pile on and give Colin a shout-out. Clearly Beilein identified a good talent (Remember he was only #128 in the composite) and he learned a lot in one year under Howard about post play. Kudos to him (and Florida) for taking it further into what he’s become. I’d love to see us match-up against them in the tournament!

As I said in the other thread, between Colin and Jalen Wilson (to a much lesser extent DDJ) it would have been interesting to see what happened in an alternate universe where they stay at Michigan.

I meant when he came in as a freshman. Moe stayed and that wasn’t a given, and, in Colin’s mind, he thought he could beat out Teske.

Don’t sleep on ddj. Would anyone be mad if he was running point right now?

He had 2 points in a blow out loss tonight.

He stinks. Mad? No, but surely not the answer.

I’d take Frankie in a heartbeat. Since he’s gone I’d let Dug take the lions share of point guard minutes. Let the kid figure it out. He’s a winner and he’s the future. #FreeDuggie