Folks, if you’re like me, you’re scrolling twitter this morning and feeling like there’s not enough Michigan basketball in your feed – general media types, national-level guys actually informed about things, master trollers like Ant Wright or Scott Bell, video breakdown guys like @eric_shap, etc. I’m in the mood for more of all of it.

I wonder if some of us might benefit from a roll call of great Michigan and general CBB twitter accounts? Do you have an under-the-rader favorite or three to share?

I use Twitter Lists so I don’t clog my feed. So I have a list for “Wolverines/College Sports” that’s a mix of Michigan media, stat nerds, draft guys, etc.

x2. Imagine if Scott Bell and the folks at JibJab had a twitter baby.

Gonna exclude people w obvious media accounts at 247 or Mgo. Assume everybody knows how to find Sam, Brian, and their employees. Michigan people:

One of the annoying things about CBB–especially draft twitter people–is they keep getting sucked up by NBA teams. So lots of these are either super obscure or super obvious:

Would bet $1 Miya gets snatched up by a team just like Jake Flancer did last year.

Halfcourthoops is awesome. One of my favorite finds, and I think that’s courtesy of Dylan IIRC…

I should hope so, he guest posts here!

See that’s exactly the thing – you got the nice top-end accounts, and Colin’s got a solid list of them there, but then you look around for a little depth and suddenly you’re scraping the bottom of the barrel and thinking things like ``maybe this nccoston guy might actually be funny one day he definitely reminds me of someone on the umhoops forum who also might be funny one day’’.

I forget his name but there’s one guy you folks will love, he usually posts a lot about college basketball from the Northeast and all over the country but he does cover a fair bit of Michigan and MSU basketball. MSU fans hate him because he’s not biased enough against Michigan and Michigan fans think he’s biased against them because he covers MSU a bit more than Michigan. Doesn’t really get into metrics and stats too much but covers the big picture stuff.

"…he definitely reminds me of someone on the umhoops forum who also might be funny one day’’.

I too have been waiting with bated breath for the first time Boutros makes a funny joke.

The Most Domibated Breath in the Midwest

Was gonna give this the laughing emoji but then I would be playing right into your hands. 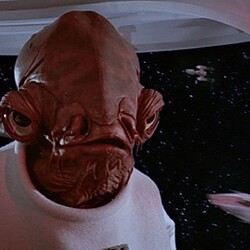 @TwillSZN
Imagine rooting for a team that isn’t in the sweet 16. Couldn’t be me