What the western Kentucky?

So, what the h is going on with the Hilltoppers? Five star Robinson, 4 star Anderson, lamonte bearden ( really wish we added him) and diagne former cuse commit.

I mean bearden made a lateral move school wise, but this class is serious. I’m sorry it just seems really odd to me. We know the state of Kentucky loves its hoops, at all costs… Seriously though if it’s not shady then good for them. Maybe they become a new butler, or gonzaga

Rick Stansbury is their head coach. Former head coach at Mississippi State. Is known as a big time recruiter.

I think “big time recruiter” is a very nice way to put it. For those who may be skeptical, google Renardo Sidney.

Don’t worry, the NCAA is all over it.

Multiple coaches telling me recently that they are bowing out of recruitments when Rick Stansbury gets involved.

@GoodmanESPN I recruited against him one time and that was it. Done !He actually showed up during my home visit with a kid!! Believe that?

He’s dirty as hell and always pulls in top classes but has never made it out of the first weekend of the tourney.

The sarcasm/truth of that makes me want to puke. 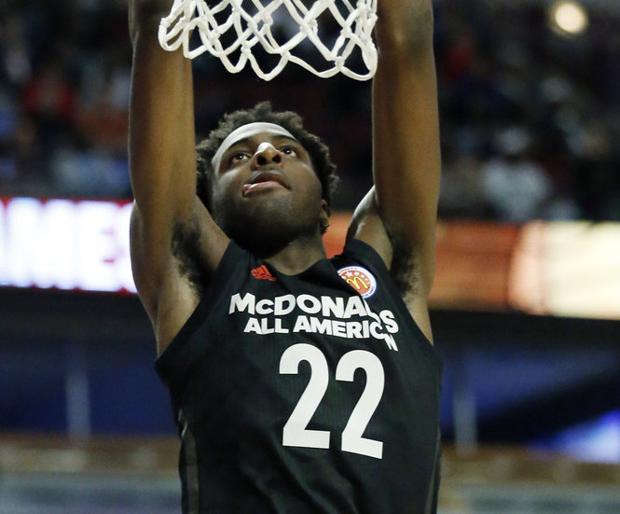 Will Robinson just sit and wait for the 2018 NBA Draft?