Michigan’s first basketball game of 2018-19 is just eight days away. The Wolverines will take the floor, they’ll raise two banners and they’ll be on their way against a Norfolk State team that didn’t win a Division I game until December 30th last...

Excellent article setting up the season.

I’m not really worried about Poole’s season resembling Zak’s. They don’t seem like overly similar players to me, either by the eye test, or using stats: as freshmen, Poole’s 2pt%, usage, and FTR were all significantly higher than Zak’s on a much worse offensive team. (In fact, his FTR and 2pt% were higher than Zak ever reached.) Poole has already shown a much more diverse game than Zak did as a freshman.

Doesn’t mean he’ll necessarily be as good as Caris (or Nik) of course. And, to be fair to Zak, his sophomore year was supposed to playing alongside Walton and LeVert …

Yeah, the Zak/Caris thing wasn’t really meant to be specific to either player. Just that there’s a potential range of outcomes for a guy in Jordan’s shoes.

We don’t know what he looks like as a high minute, high usage player. I think there are reasons to be optimistic, but I also didn’t see enough in Spain to buy all the way in.

Received a few Qs about the secret scrimmage. Everything I’ve heard is here for subscribers.

If you are a subscriber but can’t see subscriber threads on the message board then shoot me a message with the email you are registered for on the site.

Actually, I feel fairly confident in what Poole will look like as a high minutes, high usage player, give or take a little w/r/t play-making and freshman-sophomore improvements. Partially because the offense struggled last year, we do have a pretty good idea of what Poole can look like in high usage player (if not at high minutes). We do have reason to be confident that he can get to the rim and draw fouls, and then make FTs at a high rate. What makes Jordan and his freshman year different from Zak and his also limits the range of outcomes for his sophomore year. For me, at least, the question is just how good he’ll be.

The more season preview content I read, the more optimistic I get that this could be a huge year.

Teske, Matthews and X is going to make this defense near elite level no matter who’s with them. I think I’m both Jordan Poole and Iggy’s biggest fan…those two guys can flat out score and could each be top 5 natural scorers in the conference. Elite defense + multiple potentially elite individual scorers is such an exciting formula, especially in a “down” year for the Big Ten where it is wide wide open.

I’m a little more worried about the defense than some. Not that it’ll be bad, just not necessarily as good as quickly. For all of his weaknesses, Mo was an exceptional defensive rebounder last year, whereas Teske was quite good but not great. Rakhman was quite good, and made switching guys off Simpson less profitable for opposing teams. And while Robinson had weaknesses too, he was always in the right place, getting deflections, etc., so that by the end of the year he was a plus.

My opinion of Michigan’s floor has probably risen a bit, but I’m in the wait and see camp on the ceiling.

I pretty much concur with your assessment. As always thanks for what you do on this site.

Great analysis Dylan. Can’t wait for the season to begin and watch the team progress. This is the best skill set of 4 players we’ve had in a long time. It will be interesting to see how JB adjusts to his talent down low. I wonder if Teske or the 5 will play out higher than usual or if they’ll switch to the small rotation. For me JP is a gamer, the more minutes the better the production. Not concerned about Charles and X, those kids are tough as nails!

Dylan starting to warm to the idea of Teske playing 25+ mins regularly? 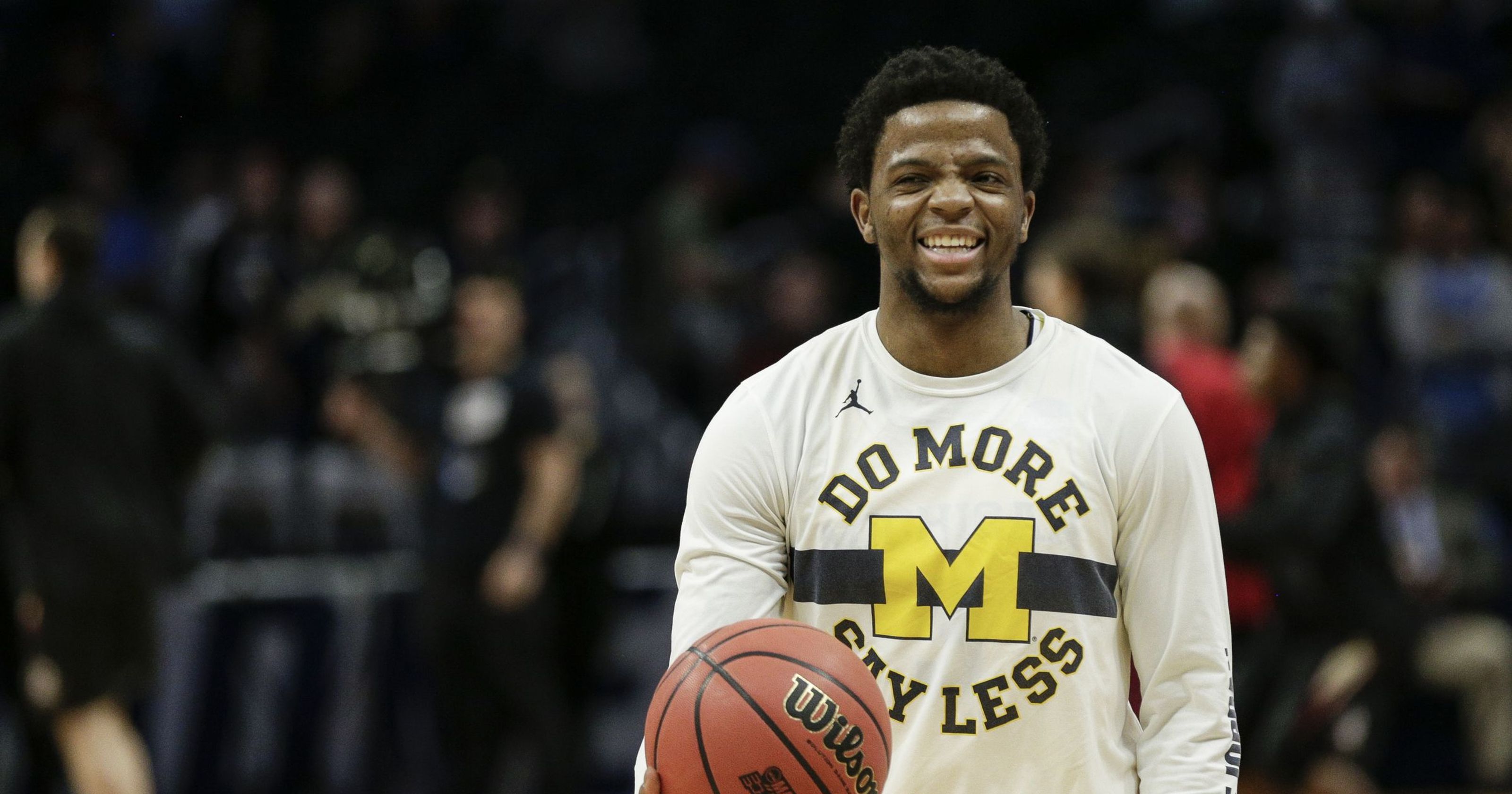 Michigan point guard Zavier Simpson strives for balance in his game and his life. And he's not worried about what other think of his methods.

Blog post thought: Would it be reasonable/interesting to revisit this on an approximately monthly basis? Either addressing if we now know anything more about the topics originally presented, or presenting new possible points? I think monthly would rather nicely divide the season up…

Good to hear, again I don’t want to just ask you to generate words if it doesn’t seem to make sense, but a periodic “check” of the narrative around Michigan as time goes on would be interesting to me.