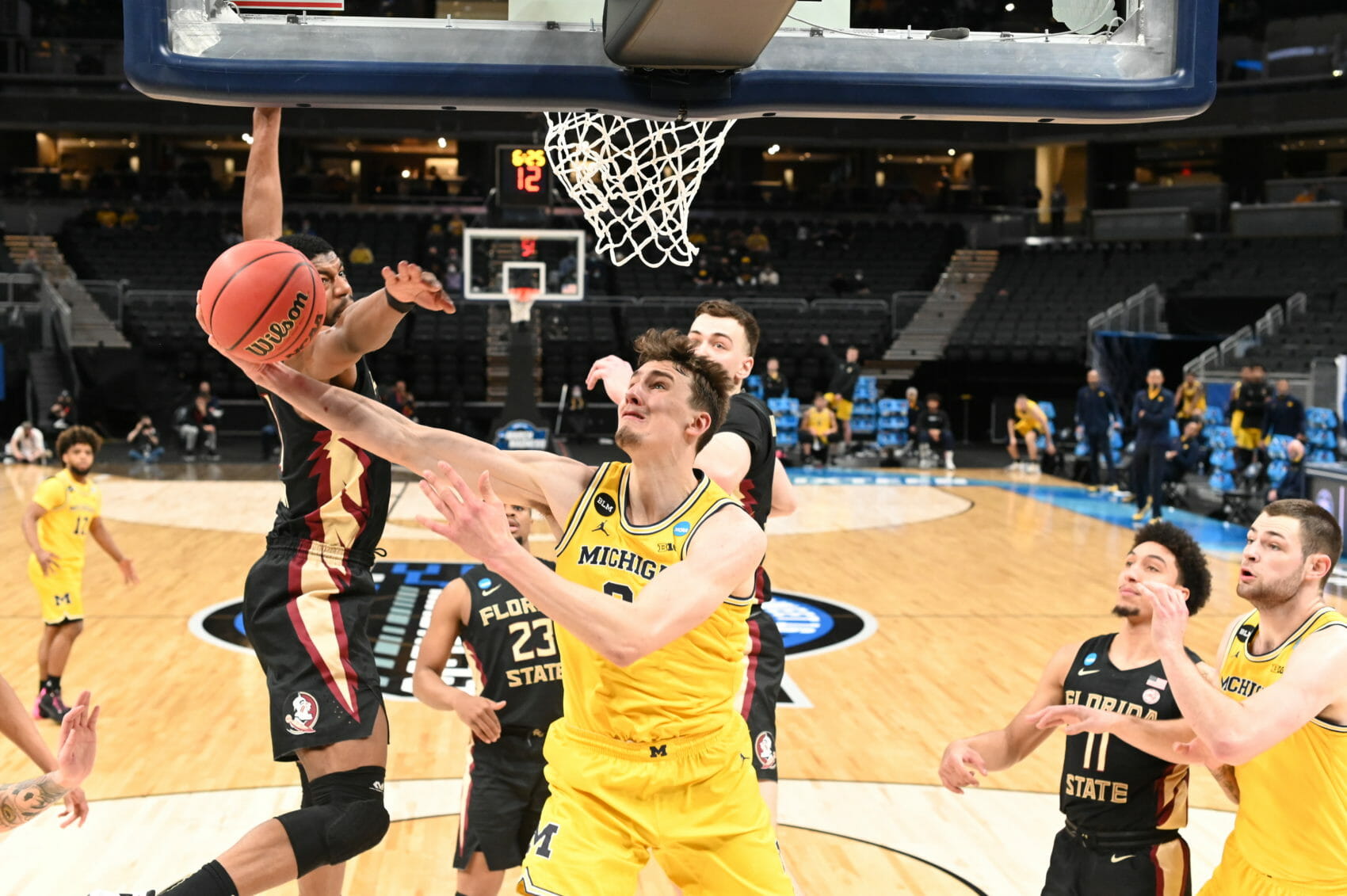 Juwan Howard and Franz Wagner met with the media via Zoom to discuss Michigan’s Sweet 16 win over Florida State. Juwan Howard THE MODERATOR: Good evening. Welcome to the podium here at Bankers Life Fieldhouse. We have joining us Coach Juwan Howard...

Love how Franz almost always gives a shout out to the scout team.

What an outstanding representative of the University of Michigan this young man is. The responses are never about him, always about the team, the team, the team. Juwan is really setting a great example and making a difference with all of our players (except for one “Bobby Knight” episode against MD!).

Lol, Quinn got stonewalled on the second question about having a lot of old guys. Smith, Brooks, Brown, Livers, Johns, Davis are all seniors with the exception of Johns.

Our starting lineup is a freshman, a sophomore, a junior, a senior, and a grad transfer. The key to our success.

I still remember discussion with guys thinking Juwan struggles with press conferences. Well, I think he’s bcome almost a master of them. AND, while some folks seem to think coaches should be completely forthcoming, I don’t agree, I LOVED his answer to the RSPN guy, “He’s out indefinitely.” But, but…And then Juwan again, “He’s out indefinitely.” I understand the guy asking, and even pressing for a different answer when he didn’t hear what he thought he would, but Juwan gets to answer the question in the way he wants to answer it. End of story for me.

I thought Juwan was beautiful and very, very good. He was composed and he was articulate. The only answer I wondered about, though, is how we “defended” FSU into shooting 25% from the FT line. Now, THAT is GREAT defense!

I’m pretty sure he meant 25% form three, and that was great defense! By the way, FSU only shot 6 free throws, so to defend as we did without fouling is great fundamental defense, too. All that focus on defense and preparation DOES pay off!

Franz is so impressive. For a 19-year-old to not take the bait on the “basketball school” question is mature on its own, but to praise the football program and then pivot to an answer about the entire athletic department shows an unbelievable wisdom for a teenager.

I think what you’re seeing more than anything is that Juwan has realized his position on the totem pole. A coach doesn’t have to be endearing to the media. While media engagements come with being a head coach, it’s not his job to be forthcoming or help a beat writer fill in the gaps of their article.

I don’t think Juwan is or will ever be the most articulate guy, but he now knows that he doesn’t have to be. That probably isn’t so clear when you’ve just been hired to the position and think that every word you say is going to be analyzed. The pressure is gone.