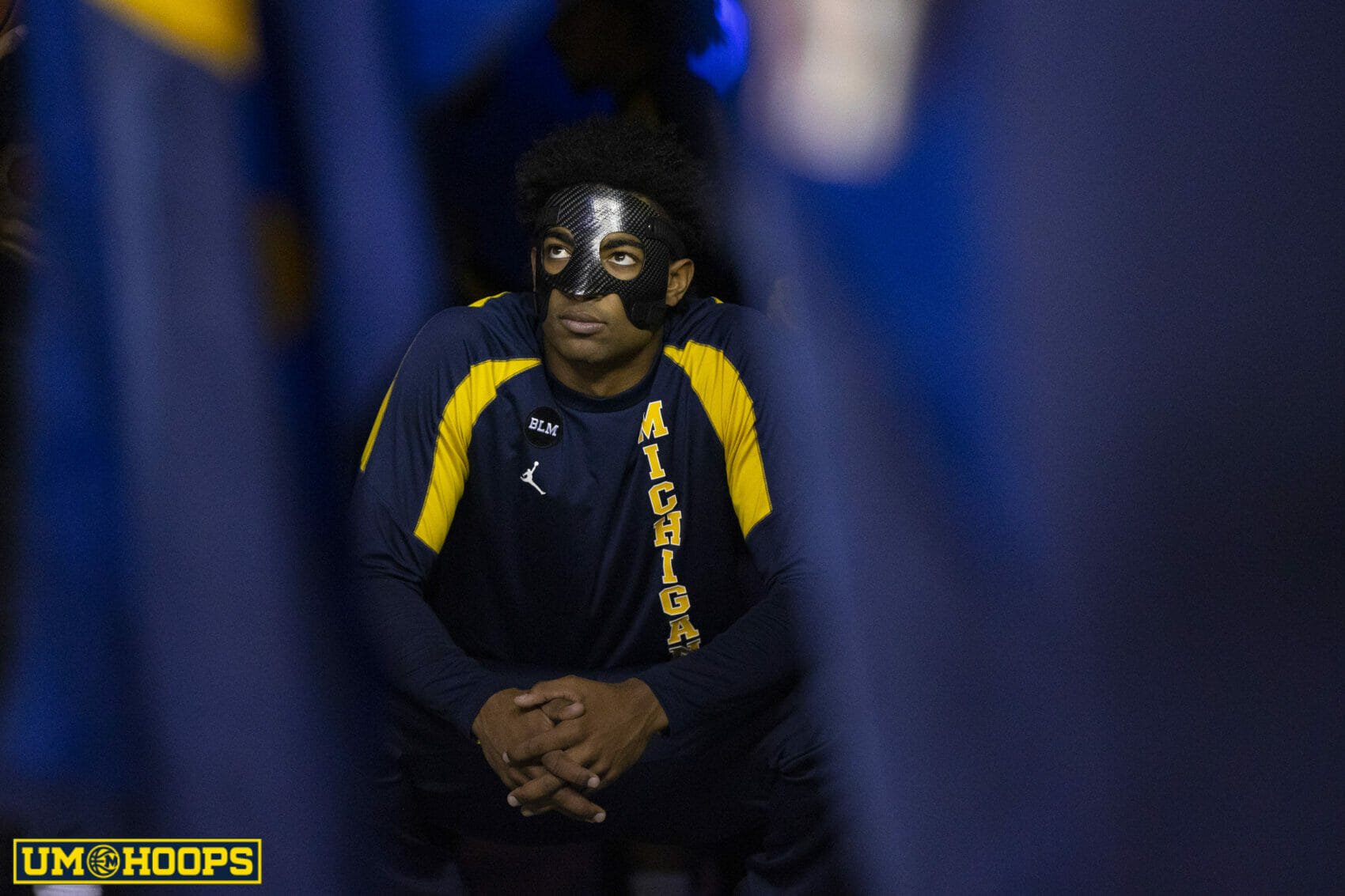 Phil Martelli and Jace Howard met with the media on Monday morning to preview Michigan’s Tuesday evening game against Maryland.

There have been some pretty lackluster pregame availabilities this year but I thought Jace and Phil were very insightful today.

You get the sense that a little success could go a long ways.

As weird as this sounds, this interview is a really nice introduction to Jace, so to speak (at least for me). Such a cool, insightful guy. I’ve never heard him speak and before the Illinois game, I took his presence for granted and just assumed he’s here because his dad’s the coach. But it’s clear that he has a role to play in this program and he’s absolutely talented enough to improve in the next 2.5 year and become a starting level player.

As I’m watching this, I just have to repeat that he probably provides for the best interview out of anyone on this team outside of Martelli.

OK, I just finished listening to Phil’s interview and, as always, I found him to be honest and insightful. I pretty much always find Phil to be both forthcoming and forthright. There are things he can’t always say but what he says is always honest.

I hear the concept of “coach speak” being thrown around from time to time, often on sports message boards. Phil even used the term himself, and he did it appropriately, I thought. I personally have heard and said, “Your kids played really hard tonight.” That form of “coach speak” is a much nicer way of speaking to a fellow coach than saying, “Boy, your kids sucked tonight, coach. They were terrible.” Phil “gets” that, and I think all savvy coaches do. Maybe it’s “coachspeak” but it’s an appropriate use of the term, as I would expect from Phil.

Maybe I’m just being overly sensitive to the term, but as a coach, a LONG time coach, I find it to be overused and sometimes offensive when being used to dismiss something a coach says as not being particularly meaningful. “Aw, that’s just coachspeak,” with the implication being, “not meaningful,” “don’t need to listen to that.”

I thought Phil was outstanding, and I thought his answers were thoughtful, heartfelt, and meaningful. And, by the way, and I don’t always say this or feel this way, I thought the questions by the media guys were very thoughtful, sensitive, and quite meaningful, too. It was a wonderful dialogue. I think everyone who posts on social media would do well to listen to this interview.

Listen as Phil talks about Caleb…and Hunter…and Eli…and Jace. Listen as he talks about Juwan. Listen thoughtfully. Phil talked about social media, too. Twice he mentioned the words specifically, “social” “media,” and once, when he was speaking of Eli, he referred to it, without using the words. Did you hear it?

I haven’t listened to the Jace interview yet, but I’m looking forward to it. I’ve been impressed with Jace ever since he became a part of the team last year mostly as a practice player and a member of the “bench mob.” This year I think his ability to be a high D1 player is emerging, and I expect to see him on the floor more and more going forward. He is definitely earning minutes and it has nothing to do with who his dad is.

I was touched by Phil’s discussion about Jace being the son of the coach, and I thought it was an excellent question by whoever it was who asked it. You see, I WAS the “coach of the son.” I coached my son in both basketball and golf, and it wasn’t always easy. I was asked a similar question about that in an interview once and I said, I think it’s easier being the coach of the son than it is to be the son of the coach because the son of the coach is still an adolescent, still growing and learning, still maturing. The dad who is coaching his son is about 25 years older and hopefully more mature, more experienced, perhaps even wiser. The coach of the son should be able to handle those difficulties more easily, more wisely and more maturely. I’m glad Phil talks to Jace about that. I’m glad their relationship is such that Phil can be kind of that “grandpa” figure to Jace. Mom’s can be VERY helpful, too. It’s not easy being the son of the coach. With social media now, it’s gotta be worse.

So, I loved Phil’s interview and I’m really looking forward to Jace’s. It’s been a too long kinda day for me, and I’ve been saving Jace’s interview for later. Sorry for the length of this. I know, I know, some of you have come to expect nothing else out of long worded (I prefer that term to “long-winded”

), long worded old Silverblue. If it’s too long for some of you, or if you really don’t care what an old man has to say, that’s OK, I hope you just scrolled right on by. For those who stayed with it, thanks. Have a great one all. Go Blue!!!

OK, I’ve listened to Jace now and he is, as many of you have said, an incredibly impressive young man. Credit to Juwan and Jeanine Howard. They are both very intelligent people, well educated, and humble, and Jace has learned confidence with humility from them. He is so well spoken, with a genuine and warm smile. I am sure Juwan and Jenine are rightfully proud of him. Credit Jace, too, for allowing himself to be molded and guided by the wonderful mentors he’s had in his life, and certainly by his parents. That doesn’t always happen. Despite the best intentions of the parents, it doesn’t always happen, so credit Jace for that, too. And credit his work ethic, probably learned from mom and dad, too, for allowing him to grow and to be the very best that he can be. Great interview!

I hope that, in both of these interviews, the listeners heard, from the hearts of these two men, one an older man and the other a young man, how very much they care. They want to be great and they want to win. Everyday they work, hard, to prepare to be the BEST they can be.

I also hope we can be somewhat sensitive to how hard that process is with all the adversity they have endured. It is so difficult to run a practice, especially at this level with only seven or eight guys able to go, and having to adjust on the fly knowing that tomorrow or the day after your hard work will be on display for all to see. It’s hard on the coaches and on the players, too. Listen to Jace. One of the greatest aspects of sports is the lessons that we can learn and the lessons we can teach as coaches everyday through great times when things are going well, but especially through the tough times when we face hardships and adversities.

This team and their coaches have set lofty goals both individually and as a team. One of the quotes I’ve used many times, and it’s a concept I truly appreciate, is, “Set your goals so high that in the process of doing everything you can do to accomplish them, whether you hit that goal or not, you become the kind of person worth being.” These kids are becoming the kind of players and people worth being, and their goals as players and as a team all lie ahead of them. They need our support. Their future as people lies ahead of them, too, and they are developing everyday. These kids, and their coaches make me proud. I hope they make us all proud. Go Blue!!!

Again, sorry for the length.