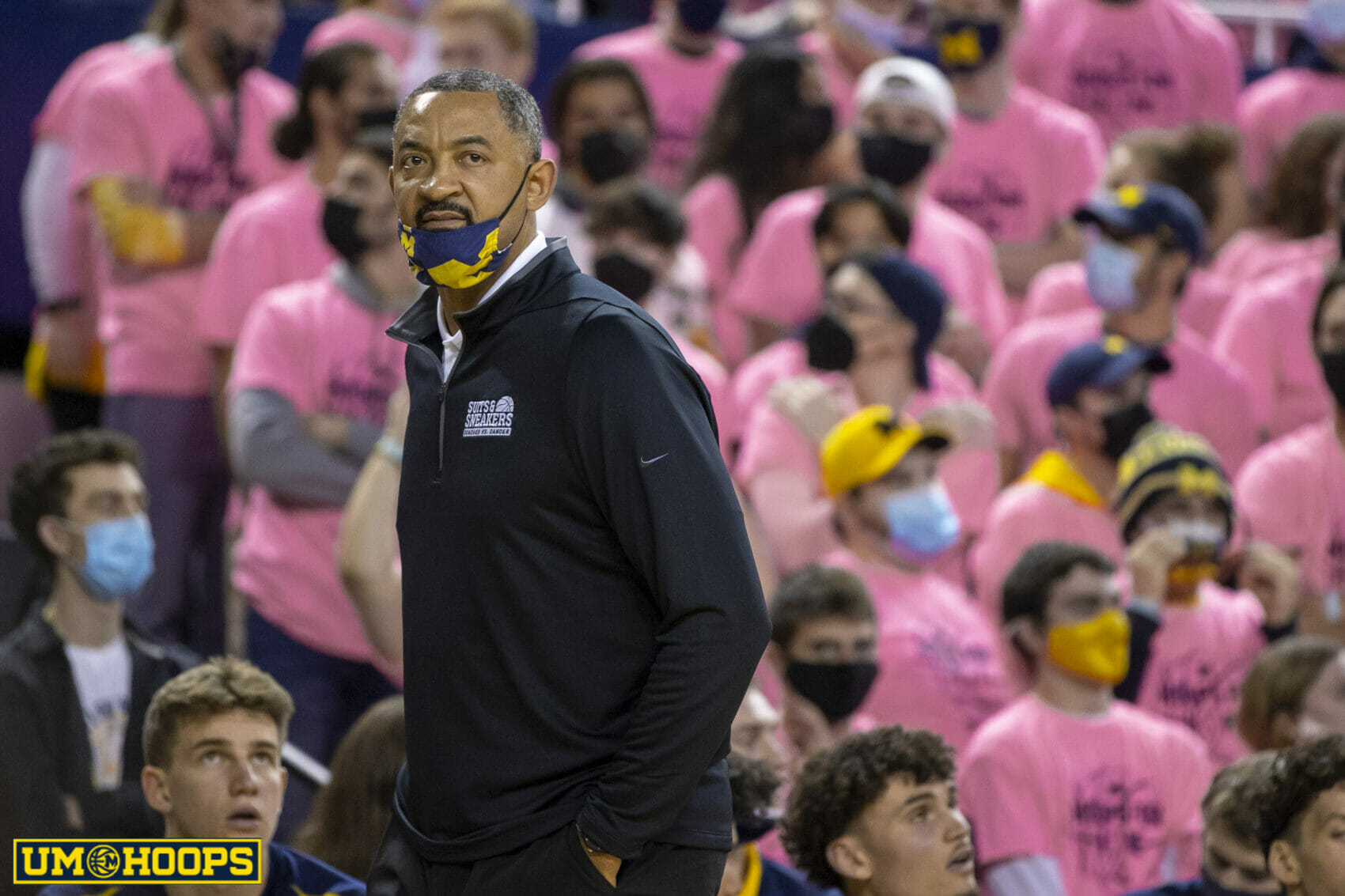 Juwan Howard met with the media this afternoon for the first time since his suspension after he struck Wisconsin assistant coach JOe Krabbenhoft. Here’s what Howard had to say about his suspension, reinstatement and more. Video special to UM Hoops by...

He comes off about as well as he can come off with his apology and explanation. There will definitely be people that say it’s not good enough but I think he seemed genuinely contrite and believe him when he says he is taking steps and will continue to take steps to be a better person.

His immediate comments that day were not good enough but I feel that the time to reflect has allowed him to better understand what went wrong that day and what he needs to do to improve himself to prevent something like this from happening again.

Couldn’t have said it better Diesmitty!

Juwan kind of tears up there at 17:30 when talking about Phil Martelli, found it pretty touching.

Maybe because of his soul searching he felt an apology was needed, he is the bigger man here. I have never heard an apology from the Wisconsin staff and know they are at fault as well for enticing this hostile environment. Coach Howard’s reaction was wrong but it was a reaction none the less to an aggressive action. As a host of an event they are ultimately responsible for a clean, cordial and safe facility. I think of the Wisconsin staff as delinquents that lead youth in a misguided way now, which is the exact opposite of what I’ve always thought about their program, they are nothing but trash in my opinion.

Well said and I am incredibly disappointed by the cynical reactions from around the B1G. The sincerity does not compute. I’ve seen a bunch of fans (mostly MSU and Illinois, hmm) asking “which SID wrote this statement?” Haven’t even watched enough of the video to see that it’s Juwan speaking without a script.

The next time Davison gets a tech, Wisconsin AD will be at the press conference blaming the opposing player’s groin.