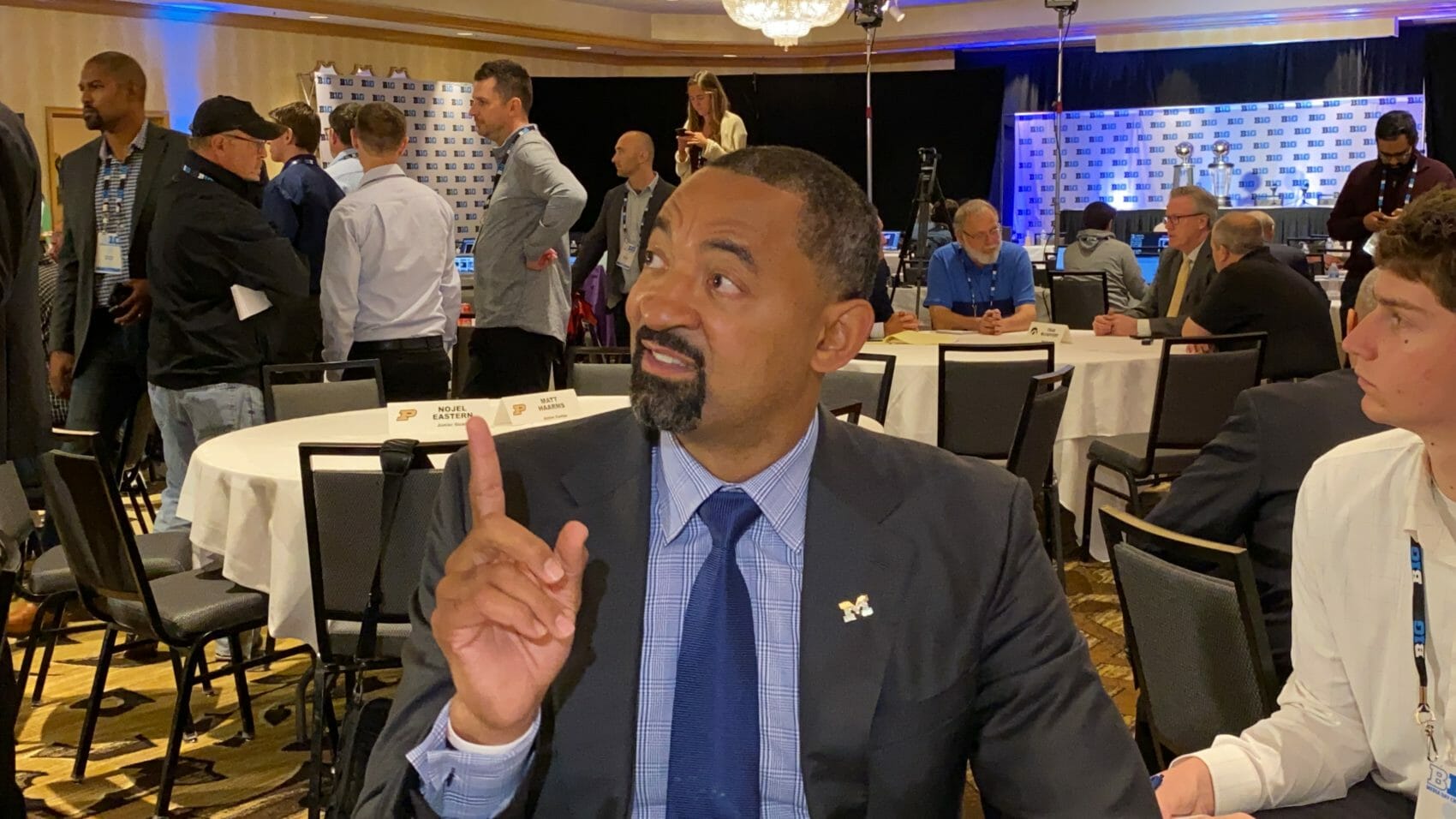 Juwan Howard met with reporters for close to an hour on Wednesday afternoon in Rosemont to discuss his team and new program. Here’s a look at some of Howard’s first public comments as Michigan’s new head coach. Juwan Howard round table at Big Ten...

I’m liking this! The transcript of this morning’s remarks bore some of the nervous earmarks of Juwan’s introduction at UM, but in this comfortable environment it’s fun to hear him go. Seems to be echoing X’s remarks about Franz having a nose for D, which could be a critical piece of the puzzle in whether he starts.

Not to bring up the past, but was interested in hearing Coach Beilein’s intro presser on media day with the Cavs, as to learn anything about what he intends to run in the NBA. First question from an authoritative media member: “You’re known as a defensive minded coach, you were known as that at the University of Michigan. This team statistically was toward the bottom of the NBA in defense. What are you going to harp on defensively this training camp?”

I hope he laughingly told them he was going to install the 1-3-1.

I’d love to know Beileins reaction to that

I’m encouraged that both X and Juwan think Franz will be a good defender. That would be huge.

Indeed. The most basic fact checking and rudimentary research seem beyond the reach of most.

…or a conversation with a colleague.

I don’t know how you can find out about Beilein’s recent defensive successes without stumbling across his reputation as a guru on offense.

New-guard media members can be so lazy and dumb. Anyone can be lazy and dumb, I don’t think it is fair to put one person asking a bad question on the entire media. Also radio (which this question was) and TV are generally the worst questions in these pressers.

For the most part, what I remember as journalism (clear, investigative, thorough writing/reporting) is on fumes, but thankfully this site, the Athletic, and some other venues are oxygen tents among it.